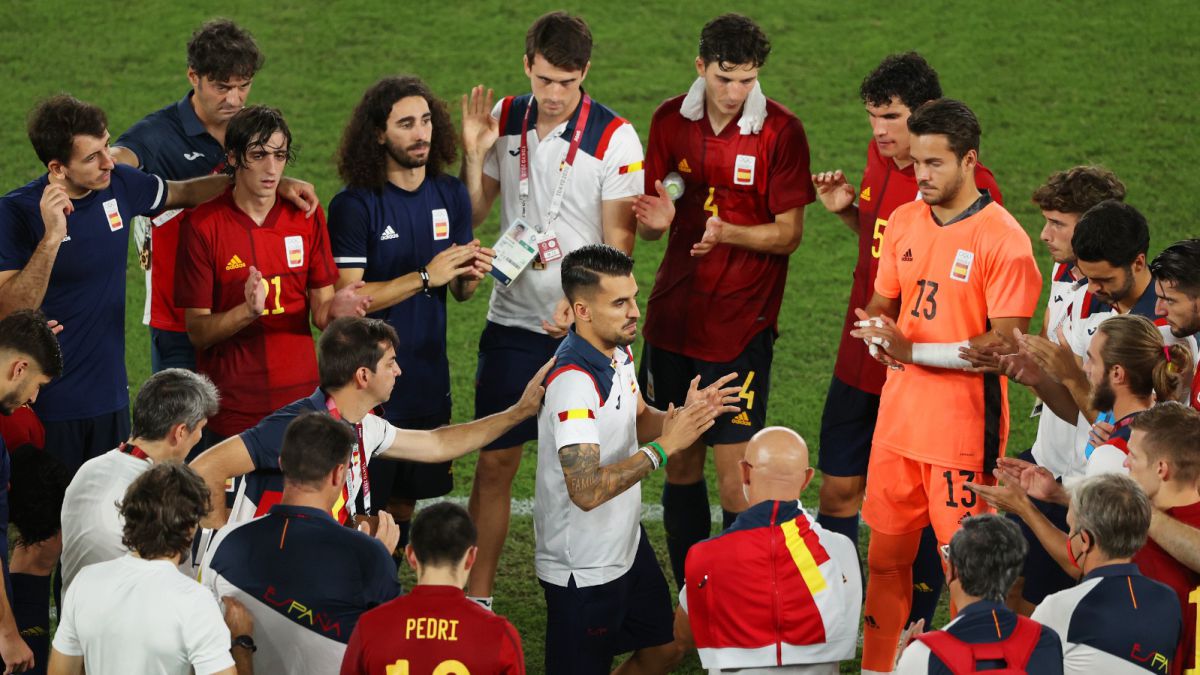 Spain stayed at the gates of gold in a tournament where he never finished finding fluency in his game. He reached the final by looking into the abyss on several occasions (quarter and semi-finals) and the third overtime was the charm and the coin came out tails. Nothing can be blamed for a group of footballers who have had an impeccable behavior during a long concentration of more than a month in which They have only been able to leave their hotels to go to and from training. There are several reasons that have prevented seeing the best version of this Spain.

It all started crooked too early. In the 40th minute of the first game, against Egypt, the one who was being the best player in Spain left the field injured after a chilling entrance. A grade II sprain separated the Utrera from the rest of the tournament, although he did his best to reappear. His injury turned everything upside down. The madridista arrived at the best moment of his career and its absence is very noticeable in the purely soccer, but also in the emotional. This generation has many years and parties, Ceballos is the second captain and the leader of the dressing room. The player who pulls the cart through thick and thin, the one who asks for the ball in moments of maximum tension. A too sensitive low.

Tiredness of the Eurocup

The three attacking players who joined the Eurocup and the Games (Olmo, Pedri and Oyarzabal) have been forced to chain another three overtimes after a very long season. It is impossible that the legs did not fail at certain times. Oyarzabal scored the goal in the final, Olmo was decisive in the quarterfinals and Pedri left moments of magic and his always-on commitment, racing from field to field until the last overtime. They left good times without continuity, something normal with the harsh conditions in Japan after such a long season. The three defense (Simon, Pau and Eric) noticed less fatigue because fewer kilometers are run in their boundaries, although the first two had serious failures in the final.

The right-back has been a real drama in all three tournaments this summer of the different categories of the National Team (Absolute, Olympic and Sub-21). Pedro Porro broke muscle at the beginning of summer and was knocked out. Also Pipa was low, with discomfort in the pubis. The third option (Mingueza) happened to be the first and was also injured. Thus, the team ended playing the decisive matches with Óscar Gil and Jesús Vallejo. The latter made the mistake that cost Spain gold.

The starting center forward of this generation is Borja Mayoral, but Roma did not let him go to the tournament. The one from Parla came from a great season in Italy and it would have been very important. Lack of goal, despite Mir’s hat-trick in the quarterfinals, haunted Spain throughout the championship. To this we must add that Ferran Torres, another who had been fixed and with a lot of smell, could not come because the City prevented him.

Brazil had more office than Spain in the final. The Brazilian coach used the three places for those over 24 years of age to prop up the defense with Santos (goalkeeper, 31 years old), Alves (38) and Diego Carlos (28). La Roja’s golden options disappeared in two plays in which he lacked forcefulness, first from Pau Torres and then from Jesús Vallejo. The rear part is perhaps the area where seniority is most noticeable and the Spaniards accused it at the key moment.