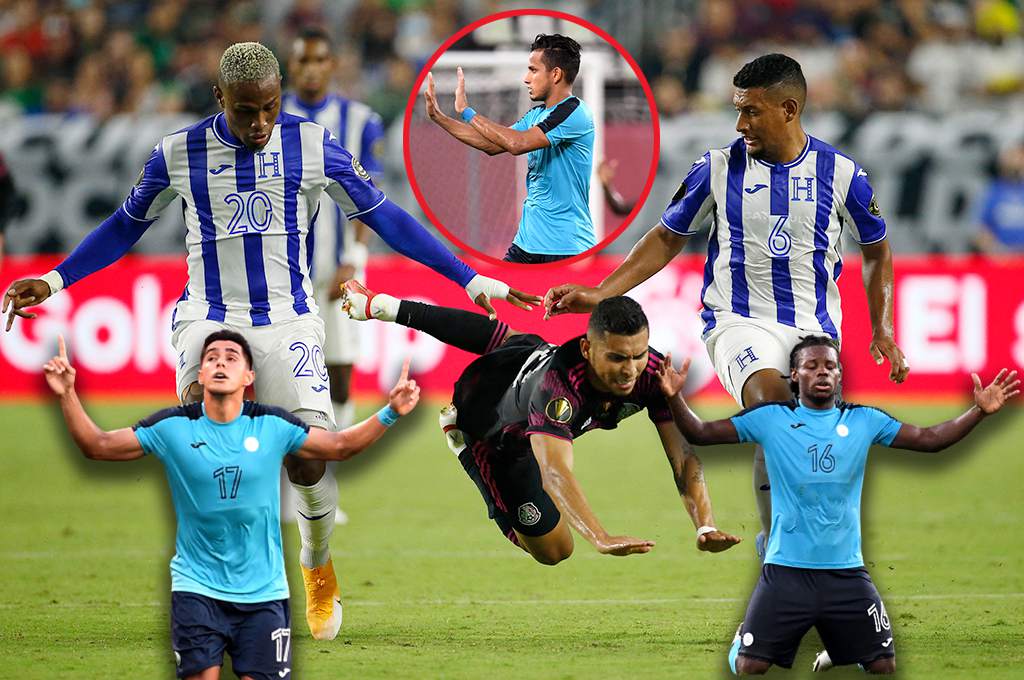 The path of Honduras towards the World Cup Qatar 2022 It will not be roses, it is looming thorny and complex, after the closing of the Gold Cup, but to this we must add the injuries and contagions of the coronavirus that will continue to exist as long as no drastic measures are taken. But with what was shown by the U23 in Tokyo, Fabian Coito You may have an ace up your sleeve to empower this group.

Honduras begins with two complicated visits; will face Canada of Alphonso davies (Bayern Munich, Germany) and Jonathan David (Lille, France), a rival that has been growing and against El Salvador, the team with a huge shock now from the hand of coach Hugo Pérez. They are two teams already formed that left a satisfactory taste in the mouth during the Gold Cup showing an enormous volume of play.

Read. WHY WAS THERE SO MUCH COVID-19 SPREAD IN HONDURAS?

The September date closes with the United States, a team full of top-level European stars and favorites to qualify directly for Qatar. But Honduras also has its own thing, but there is a lot of work to do. The injured must be recovered and above all seek to integrate the Under-23s who are doing a good job in the Tokyo 2021 Olympic Games.

There are good footballers as an alternative in the U23 national team that will give a level to the older team in the face of the true fair where there is no longer time to improvise but to capture the working time of a coaching staff that will no longer have time to do tests. To this will be added some footballers who did not play the Gold Cup such as Andy Najar, Jonathan Rubio, Bryan Róchez and Choco Lozano who will come to give him another contribution. The worst enemy now is the short time to work.

THE SUB-23 AS AN ALTERNATIVE

After what was shown by the U-23 in Tokyo, coach Fabián Coito must be calm, as there are players in the defensive part to be able to reinforce the lower zone of the national team for the tie. The wingers who were the weak point in the Gold Cup are viable options; both Wesly Decas on the left and Cristhopher Meléndez on the right, will compete with Kevin Álvarez and Diego Rodríguez who are the Coito bets for these elimination games.

But without a doubt where there are more doubts has been in the central defense. Maynor Figueroa needs a complement. Although it is true, Kevin Álvarez was improvised and did not do it wrong, from the U-23 he has three key options and there is the companion: Denil Maldonado, José García and Carlos Meléndez will be vital in this triple date of September FIFA where they will play before Canada, El Salvador and the United States.

Read. MAYNOR FIGUEROA’S MESSAGE TO NOT LOWER YOUR ARMS

The Honduran U-23 team has a generation of great quality. His midfield has been the best in a long time. Players with a good foot, stuck and above all a good generation of offensive game: Edwin Rodríguez, Jorge Álvarez, Carlos Pineda, Rigoberto Rivas and Kervin Arriaga joins him, the latter is not in the Olympics due to injury, but they will all join the project of the major to accompany the experienced.

The midfield that Honduras presented in the Gold Cup has players who have already earned a position such as Deybi Flores, Alex López, Bryan Acosta, three footballers who need to have spare parts and the boys from the U-23 will be there pushing. They are also joined by other talented such as Jhow Benavídez, Andy Najar and Jonathan Rubio who will be able to strengthen a team that has to make the coach work.

Now, time is short and we must try to recover the offensive punch. With Romell Quioto and Alberth Elis injured, potential has been lost. Their losses in the Gold Cup caused havoc, as they had no substitutes. Jerry Bengtson looked very lonely and did not carburize, the same situation that Jorge Benguché lives in the Olympic Games that as reinforcement has not worked, but “El Romántico” and “La Panterita” can play as “9”.

Fabián Coito already knows Douglas Martínez and Luis Palma, two boys who at the Olympic Games have shown that they are also options to fight for a place in the national team during the qualifying rounds. Palma will be vital, he can play as a winger and also score as a nine. But where it takes more danger is playing on the left, cutting to the center and always closing the second post.

What this absolute selection of Honduras is guaranteed is that the goal is well covered. Both Luis “Buba” López, who is number one, and Edrick Menjívar, who has quality, leave Professor Coito alone. Now he will have 40 days to start putting together that list after the Olympics to rejuvenate the team with which he will begin to pursue the dream of Qatar 2022.

Honduras makes its debut on September 2 at BMO Field in Toronto against Canada. Three days later he will visit the Cuscatlán stadium to face El Salvador on the 5th of the same month and will close that triple date at home on September 9, receiving the United States at the San Pedro Sula Olympic stadium. There are nine points from which a good return must be obtained, because now in octagonal format the tie is tight and complex; all rivals have shown enormous growth.