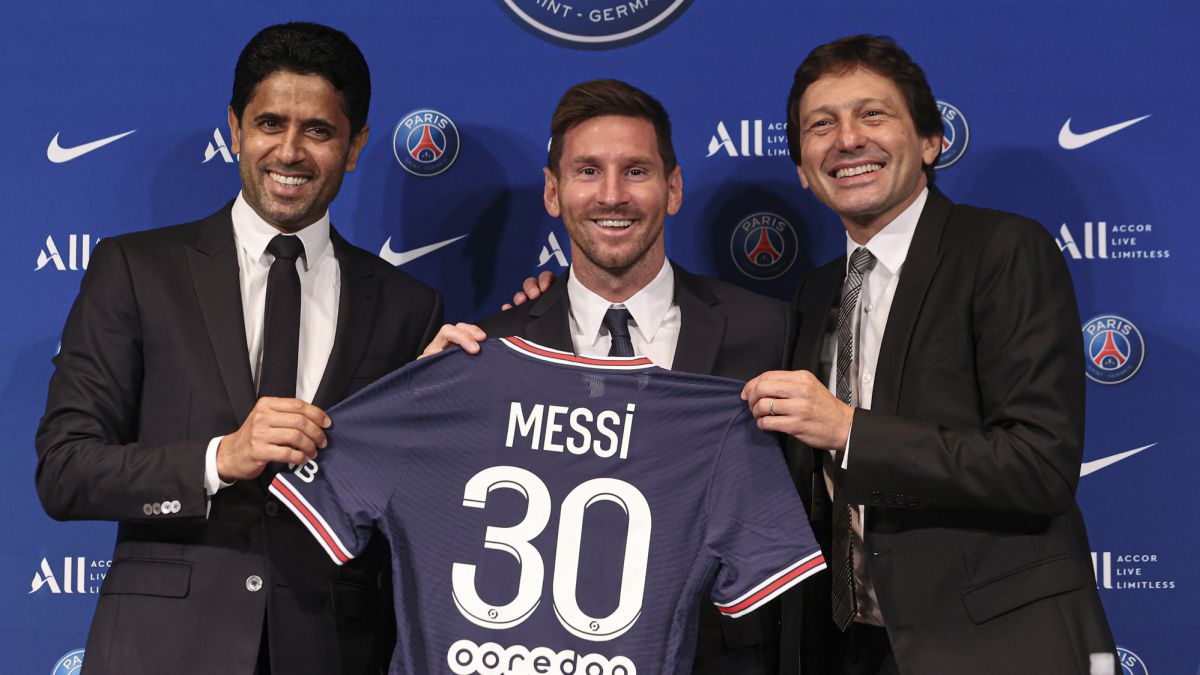 Paris Saint-Germain assured that although sales of the season’s new kit with the name of Argentine striker Leo Messi have gone “phenomenal” since the announcement of his signing last week, They are “very far” from approaching a million sold as had been announced in recent days on social networks.

“It is crazy to talk about such figures. Yes, the sales trend has been phenomenal, but we are far from the million kits sold“, admitted the director of Diversification of the PSG brand, Fabian Allegre, in statements collected by ‘lequipe.fr’.

The manager also stressed that the agreement with Rosario’s “was done very quickly” and that it was not something that his department could “have anticipated” when setting up the marketing machinery, although he celebrated that they were “agile”.

“In any case, we have to do it with our partner’s manufacturing times and whether it is ‘Nike’, ‘Adidas’ or ‘Puma’, they all have the same approach regarding the production and quantity of jerseys that are put on the market. There are no magicians, “he added.

“The signings are not amortized with shirts”

The amortization of a transfer of such caliber is not possible to do with the sale of t-shirts, as explained by Toni Roca, expert in sports law and director of the Sports Law Institute. “The income from the sale of the shirts goes directly to the brands that manage it and not to the clubs, in this case the beneficiary is Nike and not PSG. In society, it has been established that the great soccer stars are capable of paying off their signings in just one week, and even in one day, but nothing is further from reality, the clubs either receive absolutely nothing from the sale of their kits with these transfers or only receive an amount (10% approximately) when the volume of sales is very high ”, explains the lawyer.

Specifically, PSG gets approximately 7% of the sale of each jersey, whose price is between 90 and 150 euros. Therefore, the Parisians They would only enter between 6 and 10 euros for each elastic, so they would need to sell 15 million shirts of the Argentine to be able to amortize the transfer, a figure that seems impossible. “Neither Cristiano Ronaldo amortized his signing for Juventus with the sale of shirts, nor will Messi be able to do it with PSG. Even reaching five million single-player jerseys sold is insane“, clarifies Toni Roca.

Although the Argentine has arrived without transfer cost, Paris Saint-Germain will have to pay more than 120 million euros in salary. To recoup part of this investment, the French club needs to reach agreements with new sponsors or carry out new marketing actions.