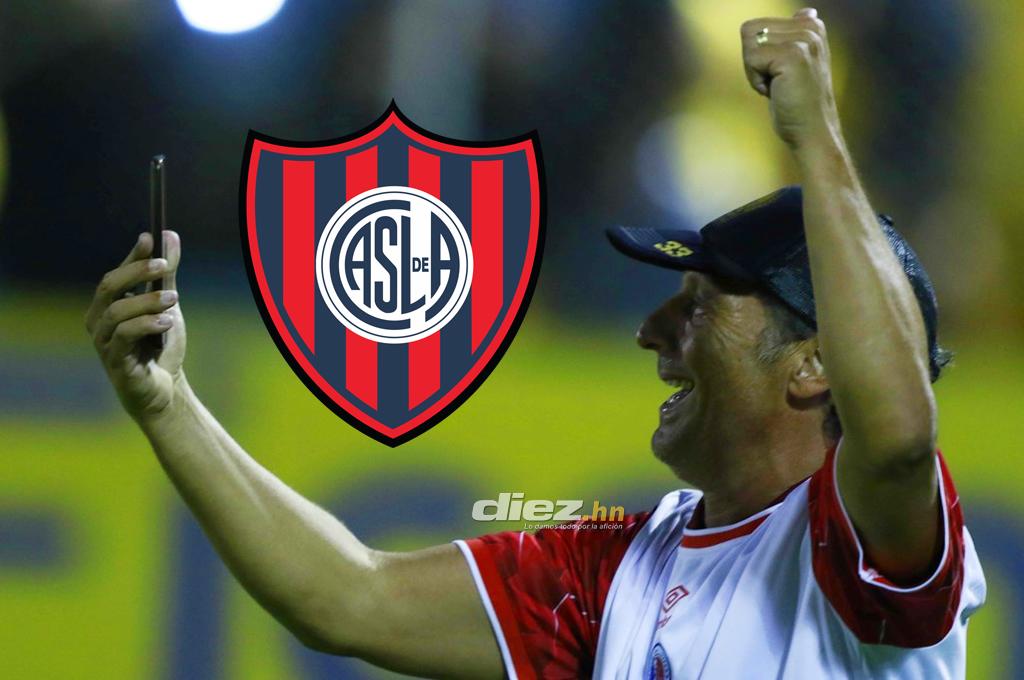 The Argentine coach Pedro Troglio has taken much more strength to be the new technical director of the historic San Lorenzo de Almagro of the Argentine Super League.

Media from that country report that the strategist of Luján, who spends a few days of vacation in Argentina, he met with Marcelo tinelli, president of the Barça institution.

ESPN states that Pedro TroglioIn the afternoon, he had not met with the leadership of the San LorenzoHowever, he did so at night in Argentina. The press argues that the club would have to have the new coach defined in the next few hours.

In addition, the four-time champion of Honduras with the Olympia Fight the position on the bench with the remembered former player Leandro romagnoli, one of the idols of the cyclone and who is the one who is closest to the Argentine team.

DIEZ contacted Pedro Troglio until Argentina and he was forceful with his brief message, which for now encourages fans of the Olympia. “They probed me, but for now I have nothing at all.”

In San Lorenzo They know that Troglio maintains a relationship with the Honduran entity for six more months, but in case there is an interest from the Argentine club and the strategist agrees, Olympia will not hinder.

HOW IS THE THEME?

ESPN Argentina has followed up on the appointment of the next technician of the San Lorenzo, where Pedro Troglio He continues to add bonuses to take the bench, leaving him for the Uruguayan Paolo Montero.

The ESPN reporter clarified the picture. “Romagnoli told the board that he has no problem with giving San Lorenzo a hand, but with his people. The idea that other people join his coaching staff did not take it into account, because he said that he prepared to take on a team but with his coaching staff, this in San Lorenzo makes one doubt whether to go for Romagnoli or not and the name of Pedro Troglio ”.

Then express. “In San Lorenzo they want to solve it today. Romagnoli takes the lead, but they are analyzing it and in the evening there is already an answer. They have not spoken with Troglio yet, the only thing they know is that if they call him, he will come, because they already have that answer. He has six months left on his contract and he has no problems leaving Honduras, but they are analyzing whether they give Romagnoli confidence ”.

Waiting for the final decision: Pedro Troglio met with the San Lorenzo de Almagro board of directors