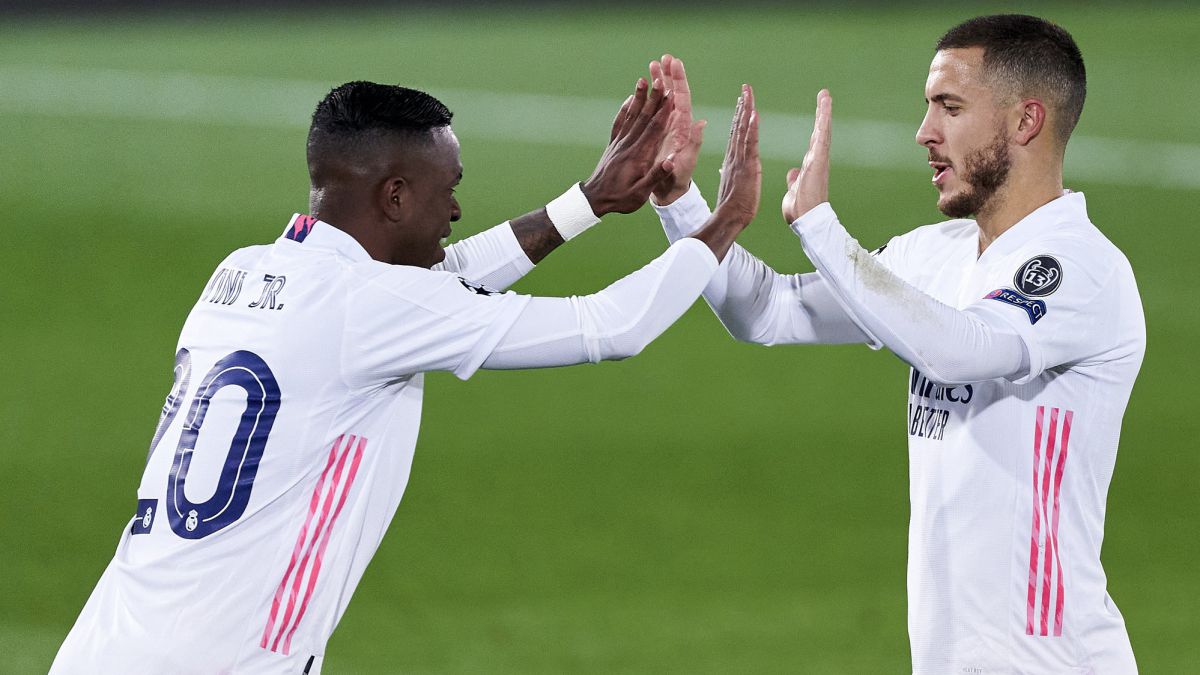 Hazard or Vinicius; Vinicius or Hazard. To this day and until Camavinga sits in the squad and disputes a position in the center of the field, Belgians and Brazilians represent Ancelotti’s main dilemma in the face of the starting eleven. Hazard, in addition, one of the players who is on target due to his poor performance, It is exposed again to the opinion of the partner in this round of the public to the stadium 560 days later. Before that journey through the desert of emotions, the Belgian international had brought together more than 50,000 people at the Bernabéu on the day of its presentation in June 2019, in what meant a reissue of Florentino’s galactic signings that, in the end, has come to little or nothing.

Hazard is in his third season and to date his contribution (it cost 100 million plus 40 possible in variables) has been minimal: five goals (of them, only one in the Champions League) in 46 games. “Play without pain and be happy again on the pitch,” said Belgium coach Roberto Martínez, after the attacker had great performances in this national team break. in which he added a goal and an assist. Come back with enthusiasm.

Theoretically Hazard has a better chance of being a starter than Vinicius against Celta, because he arrived a day earlier in Valdebebas to train than the Brazilian. That judgment of the Bernabéu would blur if it is part of the eleven. The Belgian will be more in focus, however, if he enters the field from the bench. It is a critical moment in which players are exposed to public opinion …

On the other side of the scale is Vinicius. After those first two starts for Hazard in the League, the Brazilian turned his situation around with a stroke of the pen with two goals from the flag when he came off the bench on the second matchday against Levante. There he showed that Ancelotti has removed a large part of the ghosts that haunted him at the time of finishing: He has 3 goals with 6 shots when in his first exercise he needed 87 shots to score 4.

Tite had no doubts to summon him in this last FIFA break after his last two good performances with Madrid, but there he is still struggling to find his place, as happened in the last Copa América, in which he had a secondary role always entering from the bench. In this last break he only played one part against Chile. But he was in time (like Militao and Casemiro) to train on Friday afternoon and that gives him some options to start today. Vinicius or Hazard. Hazard or Vinicius… It is the great doubt of Ancelotti.