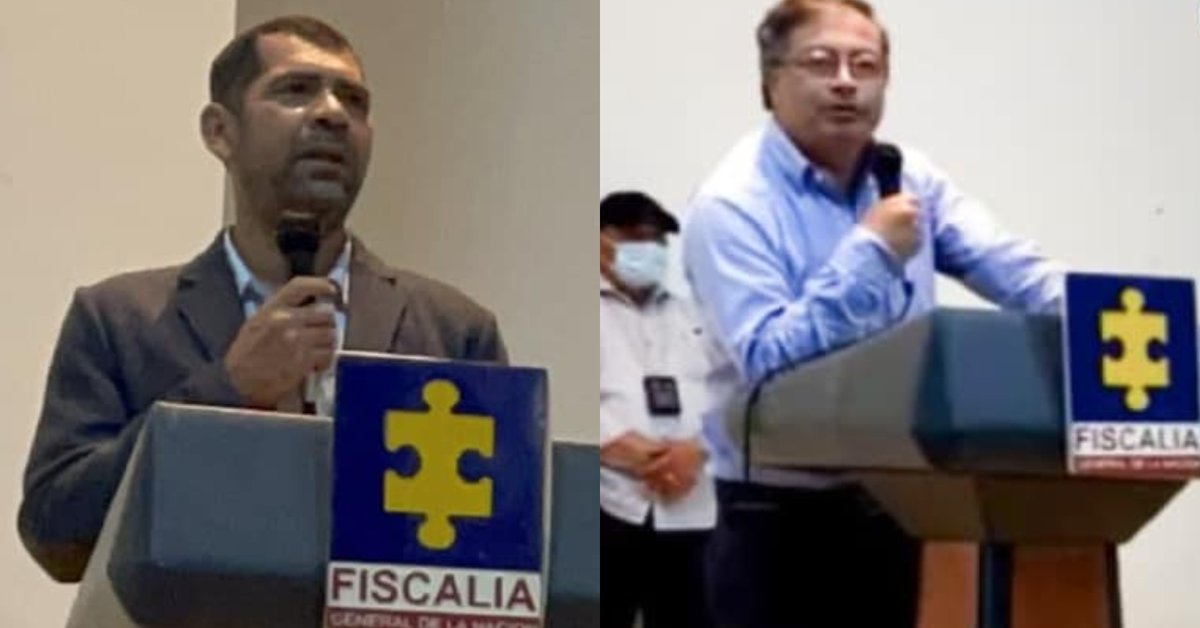 In the 2018 presidential campaign, the Twitter accounts proliferated the messages of hatred and threats against the different candidates, among them that of a well-known Uribista who identifies as “El Cordobés”, who generates hundreds of interactions with your posts.

“I want to make peace on Twitter with the followers of the guerrilla PETRO: I propose that in the next few days our IVÁN DUQUE wins. I invite you to have a soccer match at the El Campín stadium, but as there will be no ball, we will use Petro’s head “, he noted in April 2018.

For this trill, the then presidential candidate asked the Attorney General’s Office to investigate who was behind the account. Once identified, in 2019 the senator filed a formal complaint against the ex-military Roberto Carlos Díaz Bedoya, who called himself “El Cordobés”.

In this case, the Principle of Opportunity, that allows the criminal process to end if a symbolic event is presented, such as a public apology, and it was.

On the morning of this July 23, in the city of Medellín and with the support of the Forjando Futuros Foundation, an act of comprehensive reparation was held for the victim, that is, Gustavo Petro, in which the ex-military man who threatened him years ago , he apologized for his messages.

“I came to acknowledge my mistake, to apologize publicly and personally here to the doctor, since I have the opportunity to have him by my side. The message I wrote at that time, in 2018, after that I recognized that it was a mistake to have done it since it was an act of threat and I did not measure the consequences “, said Díaz Bedoya.

And I add: “At the same time, to invite all the people of the country to not repeat this kind of events, threats, since this hurts what we all want, towards peace. I am a person of good principles … I opened the doors to the Prosecutor’s Office so that they could carry out their investigation, I never hid myself ”.

For his part, Senator Petro assured that he denounced it because it was “an exemplary action” or a kind of pedagogy for those who make threats on social networks.

“I wanted, in a way, to carry out a process against one of the thousands of people who use social networks to threaten me in this case, but I am not the only recipient of the threats in Colombia. That crosses various political, ideological and social spectra “Petro said.

In his speech, the politician said that it is normal for him to be treated as a “guerrilla” even in the streets: “I am a senator of the Republic, I am not a guerrilla. If he were a guerrilla, he would not be here, he would be in another place and in a different way, but what is he trying to say to a person when he says guerrilla, in addition to believing that with that word he hurts himself? It tries to homogenize a form of military struggle with an ideology “.

“Today, publicly in the prosecution process, one of the people who has threatened and slandered us through networks will give a public excuse and retraction. The diligence will take place in the city of Medellín. The threat of death by networks is a crime ”, Petro informed his Twitter followers.