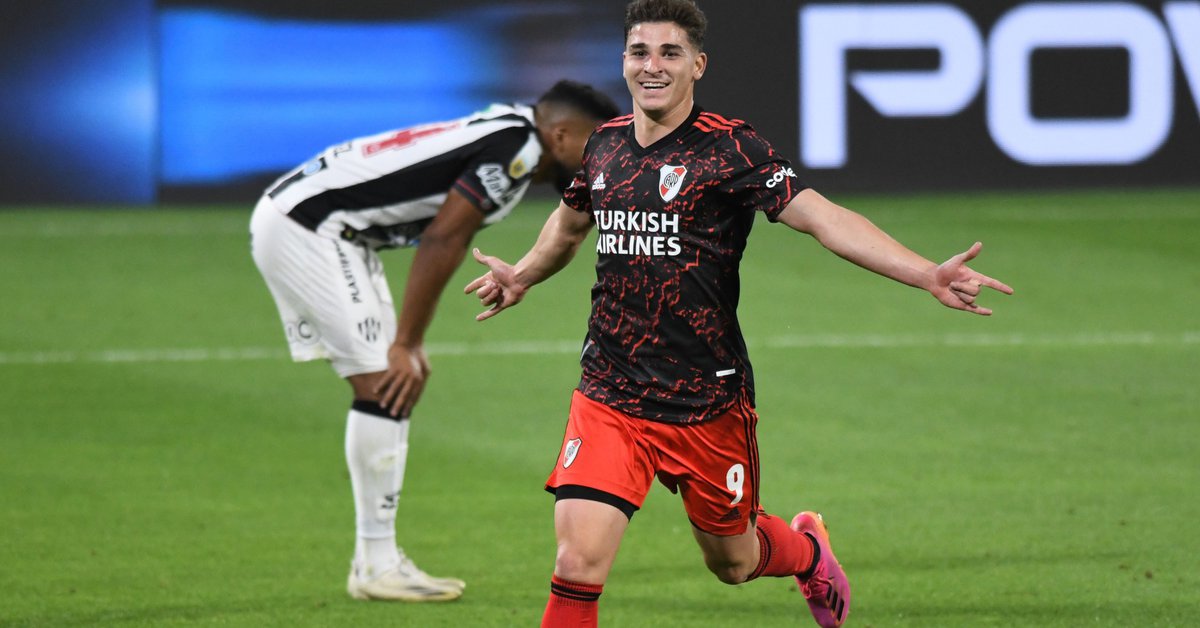 * The goal of Julián Álvarez

Julian Alvarez He has been filming his shorts for two years as a professional 21 years but without a doubt that these last months are dreamed for him. The attacker of River plate He is living his moment of grace after being part of the Argentine team that won the Copa América in Brazil after 28 years of drought. A pearl of his positive present could be seen in the Mother of Cities Stadium from Santiago del Estero where the Millionaire surpassed Central Córdoba.

The Spider scored 2-0 with a real missile that dug into the angle of the arch that César Rigamonti defended. The attacker ended a counterattack that began in the middle of the field with a good pass from him under pressure from the Central Córdoba players. Despite ending up on the floor, Álvarez got up, accompanied the maneuver and took advantage of the bad clearance of Cristian Vega to end with a powerful shot unapproachable for the rival goalkeeper.

At 31 minutes into the first stage it had already been essential to break zero in the rival goal. He pressed on the departure of the local team, took the ball from Alejandro Maciel and gave it to Jorge Carrascal, who went hand in hand and defined for the 1-0 of Gallardo’s team.

Between the tournament and the cups, Julián already has nine annotations with him Millionaire so far in 2021. He scored in the Libertadores during the 2-1 triumphs over Independiente Santa Fe and Junior, but also celebrated in the Professional League against Godoy Cruz (x2), Boca Juniors, Aldosivi de Mar del Plata and Newell’s (x2) before this cry in Santiago from the Estero.

“I feel good. I’ve been holding several matches at a good level there. It better be like this ”, He was sincere when he recognized after the game that he is living his best moment. “At the moment we did things well. Afterwards we suffer a little, but the important thing is that we get a victory. We suffered in the second half a bit from fatigue. You have to keep working. This victory is important to keep on going ”, he analyzed about the 3-1 victory.

Next Sunday the Superclásico will be played against Boca and Álvarez is already experiencing that duel: “It’s a classic, it’s always a special game. By doing what we always do with our game, we are going to try to win on the court with our people ”.

This is how the Professional League table of positions remained: Talleres established itself as the leader of the tournament and River did not lose its footing
One penalty yes, but the other no: the two great controversies within the area in Central Córdoba-River
The blooper of the date: the unusual goal they made to Aldosivi de Gago after leaving playing in the area
Talleres solidly defeated Rosario Central and ratified its status as leader of the Professional League
Oscar Ruggeri’s exalted reaction to seeing a viral video of Bilardo in which he claims to be a “winner”