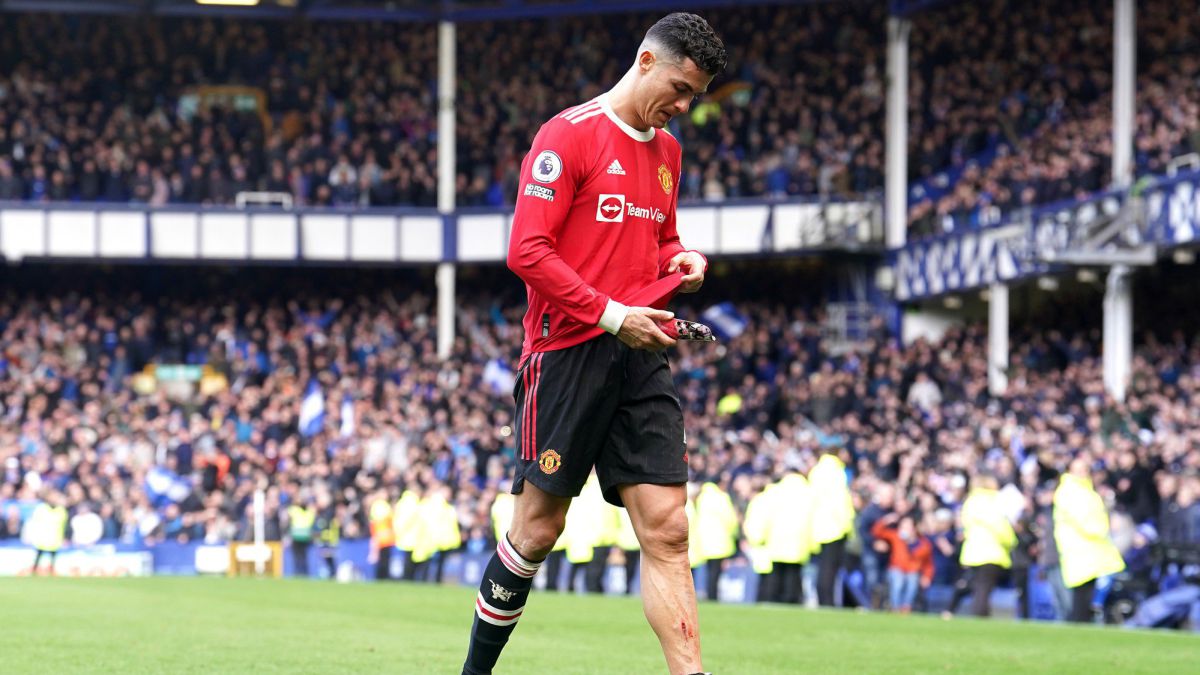 Manchester United lost three points again. A defeat against Everton that could leave them nine points below fourth place in the Premier League and that aggravates the Red Devils’ crisis. Frank Lampard won the battle against Ralf Rangnick, who saw his team unable to get past Pickford. The hero of the toffees maintained with his stops the initial advantage achieved by Gordon, who was helped by an erratic Maguire.

Rangnick came out with Fernandes, Rashford, Sancho and Cristiano up front. Quite a declaration of intent from the German coach, who sought to whip the Everton defense. And initially he succeeded. The set piece strategy gifted a shot to Rashford, who tested Pickford from mid-height in the 7th minute. Five minutes later, on another aerial ball, Rashford headed down, but Pickford providentially took her out again.

United’s offense, however, was short-lived. That allowed Everton to deploy their men on the counterattack, taking advantage of the weakness of the rival defense, which did not hold Richarlison on the left wing. The Brazilian’s play ended at the feet of Gordon, who found the goal in the 26th minute. Maguire deflected striker Toffee’s shot from outside the box and made it 1-0.

Richarlison would be a headache for United, who saw the 2-0 draw narrowly after the Everton winger attempted another long shot, to which De Gea responded with a postcard stop that took the shipment to a corner. The stretch of the Spanish gave way to the break, in which Rangnick did not change any chips. With no news in the second half, the German got desperate and sat Rashford down with 30 minutes to go, despite his good performance.

The Red Devils were looking hard for an equalizer, but their defense was still limping and an unnecessary turnover by Maguire nearly cost the Mancunian team the second goal. It was the 80th minute and, to make matters worse, Cristiano would not appear… Pogba looked for the equalizer with a shipment from outside the area, but Pickford held it safely. The same one he showed in 92, when Cristiano made his first shot and met the Everton goalkeeper, who ended up becoming the man of the match for Lampard’s men, That secures his position one more day.

United moves dangerously away from the Champions League