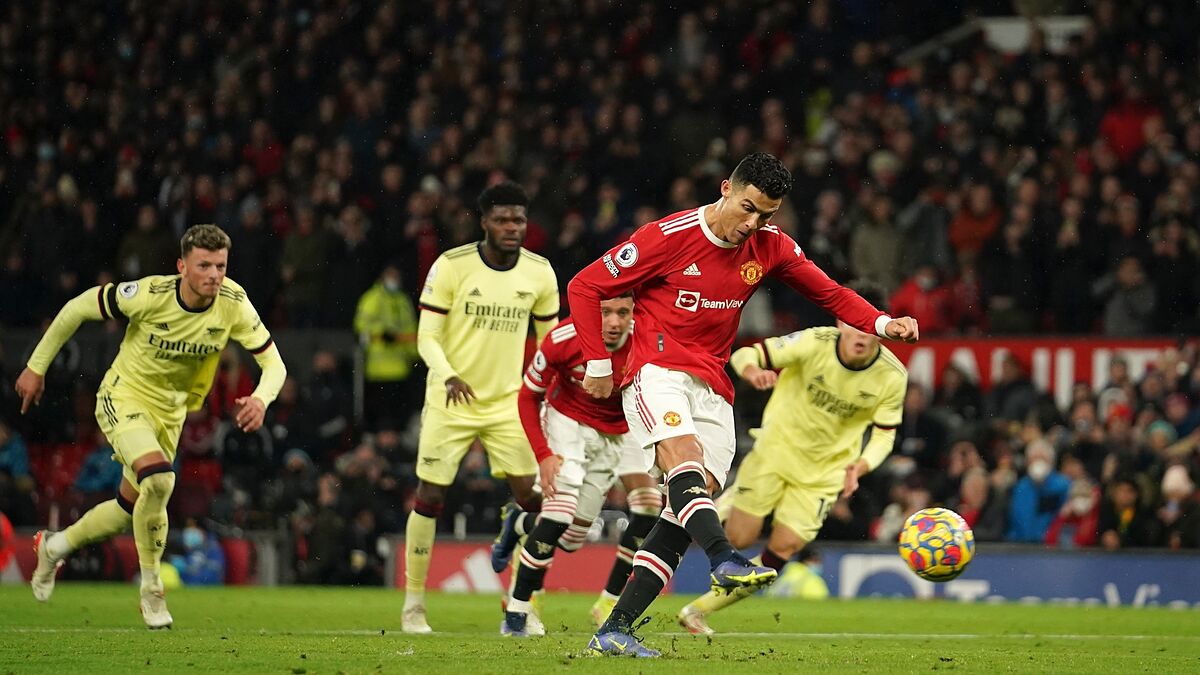 TOone without Rangnick, and with Carrick on the bench, United ended a six-game Premier streak without beating Arsenal in a real game that gives an idea of ​​the level of the Premier. Cistiano Ronaldo, with two goals, he was in charge of leading the victory of the ‘red devils’ against an Arsenal that took the lead.

Arsenal had just won eight of their last 11 Premier matches. United, meanwhile, came from three league games without winning (two defeats and a draw), and, above all, two consecutive defeats at home losing and without scoring goals.

The clash began with the 0-1. A controversial goal , which was so. Corner, and Fred steps on the ankle of his goalkeeper, David de Gea. There is a rebound, the play continues and the ball falls in a volley to Smith-Rowe, who scores unopposed by De Gea, who had been left lying on the ground by his teammate’s stomp.

The referee had allowed the play to continue, but when the ball was entering, and seeing De Gea on the grass, he canceled the action and the goal. That is when the VAR enters, and warns the referee that the stomp was not the enemy, but a partner … and gives the 0-1.

Curiously, from there, Arsenal, who had pressed high, came back and began to concede ground. Cristiano began to come into play more and tried a couple of Chilean, unsuccessfully.

And there Bruno Fernandes arrived to tie with a goal which is his first since last September 11. In Premier.

The second part also started fast. With several impressive De Gea and Ramsdale stops. So until a Rashford play to the right Cristiano finished it off to the ‘cage’, certifying the comeback and the step back of Arsenal, who ran a lot after the ball.

In a vibrant match, Odegaard, three minutes later, with the interior, adjusted the score (2-2) with a good goal that claimed a huge choral match.

More wood in the 70 ‘. Penalty (doubtful) from Odegaard himself on Fred who transform Cristiano in the 802th goal of his career.

From there, Arsenal had some chance but could not prevent a defeat that leaves him fifth without being able to storm the Champions League. United are seventh for now.

Two Cristiano goals cause Manchester United to come back against Arsenal