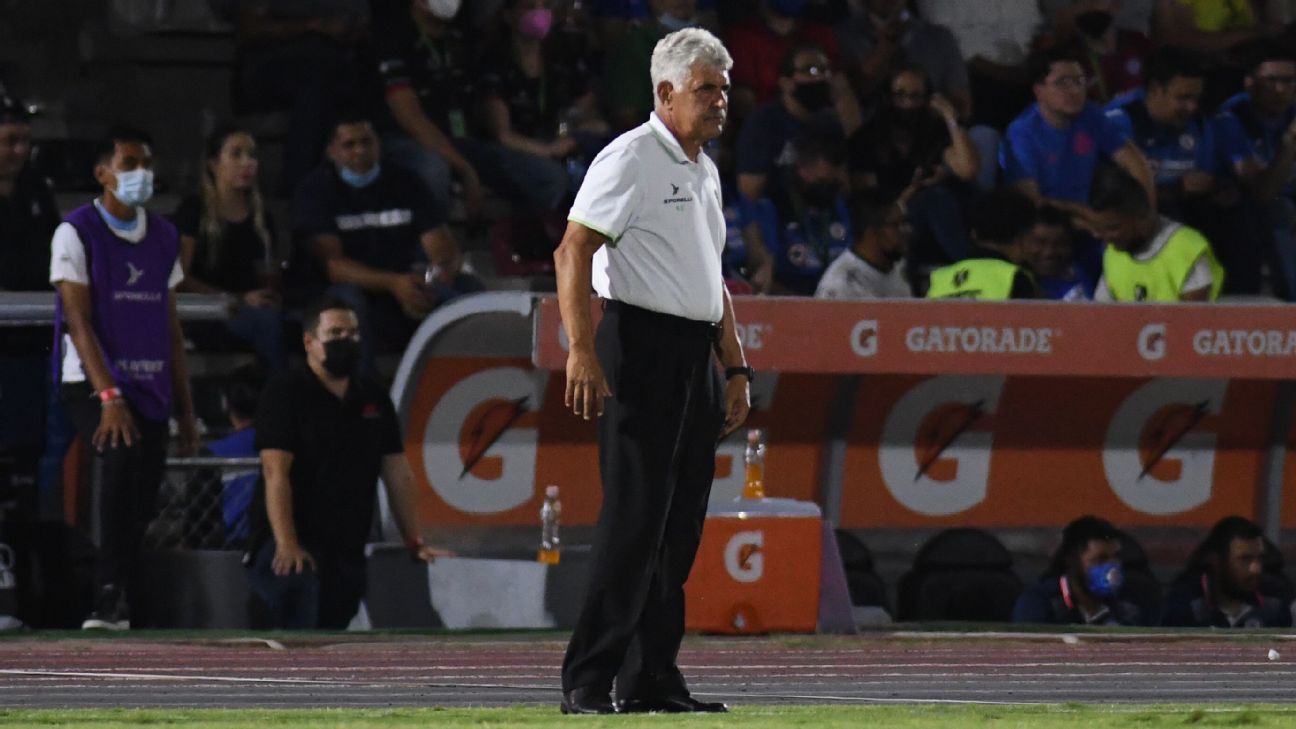 Ricardo Ferretti sent his first change at 13 minutes, when he took out Flavio Santos for José García and minutes later he took an advantage over Cruz Azul

Ricardo Ferretti, coach of Juarez, surprised in the match against Blue Cross of the eighth day of 2021, when making a change to the 13 minutes of play, moment in which the Braves they lost 0-1 to the Machine.

The ‘Tuca’ decided to take out Flavio santos to get José Juan García just to the 13 minutes of play. Santos came out and shook his partner’s hand. However, once he reached the substitute bench, given the frustration that was notorious on his face, Rafael Puente, Ferretti’s assistant, approached to try to console the footballer.

Just seven minutes after the Brazilian’s unexpected change, Bravos tied the score with a header from Pol García, who scored after a corner kick execution.

Blue Cross opened the scoring just four minutes into the game. The play of the goal was started by Joaquín Martínez with a deep pass to Guillermo Fernández. ‘Pol’ sent a cross to Lucas Passerini, who initially sent the ball into the net with a right-footed shot.

The outlook was not encouraging for FC Juárez, reason why Tuca ferretti pulled out Flavio Santos, who He lived his fourth start in the Apertura 2021, a tournament in which before the match against Blue Cross it added 305 minutes of play; while José Juan García reaped 479 minutes of action, after five matches that he had played from the beginning.

After a few minutes, Gustavo Velazquez put FC Juárez, again on set ball, with a header after a foul charge.

Tuca ferretti he sent a change that seemed defensive, taking out a midfielder for a defender, but after the move his team took the lead on the scoreboard.