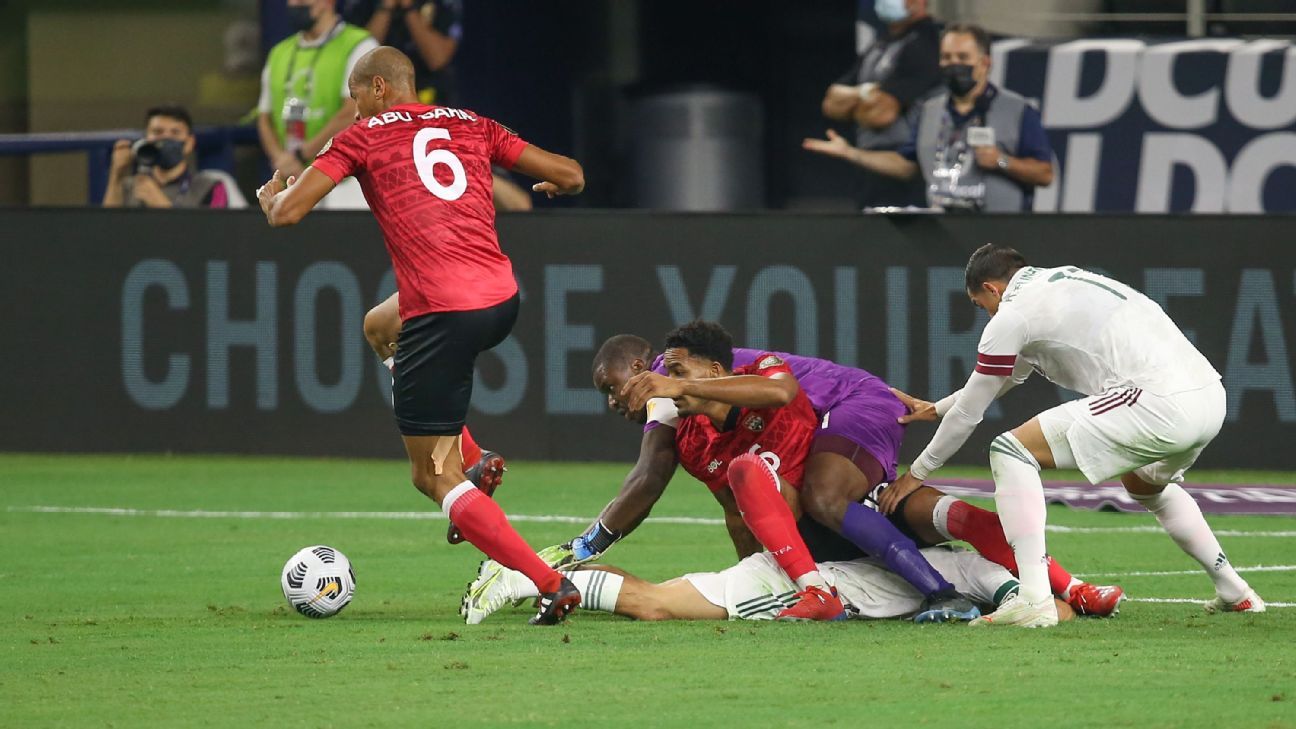 The Trinidad and Tobago coach hopes for the speedy recovery of Chucky Lozano, as the Caribbean players had no intention of hurting the Mexican striker

Angus Eve, Technical Director of Trinidad and Tobago defended the players of his selection, after accusations that the entry made by goalkeeper Marvin Philip about Hirving lozano in the first game of the Gold Cup.

“I would like to take the opportunity to send our best wishes, to Lush, the forward of Mexico. It was a regrettable incident. Everyone who knows Trinidad soccer, we would never play it like that, to intentionally hurt someone. And we just want to send our best wishes and hope for a speedy recovery for him and see him back on the court as soon as possible, “said the coach in the pre-match conference against El Salvador.

About the complaint that the Mexican Soccer Federation will present against Ricardo Montero, referee of the match, due to the penalty that he did not score after the foul on Lush, the Caribbean coach commented:

“I’m not a referee consultant, so I don’t know if the referee did something wrong, I know there were a couple of times he stopped the game because of incidents that were happening. We tried to kick certain things in world football. I don’t know if it’s those. things I was talking about, but I’m not a referee advisor … Also if things had happened, the referee would have pointed it out. “

On the homophobic scream emitted by some Mexican fans, Eve commented:

“Yes it was very unfortunate, because if you see the players on the field, they would not be able to appreciate what we were talking about. The guys were trying to turn off what the fans were doing. You can’t blame the players for what they were doing. what was going on, since they were just playing soccer. I think we and Mexico we were playing a great game. We had a plan against them. The scream of 40 thousand people in the stands, we expected the scream, but not in the way it happened, we were just trying to play football to keep them quiet and not be the twelfth player. I can not criticize and say that everyone is behaving in this way, but some who were spoiling the whole game for others, “he said.