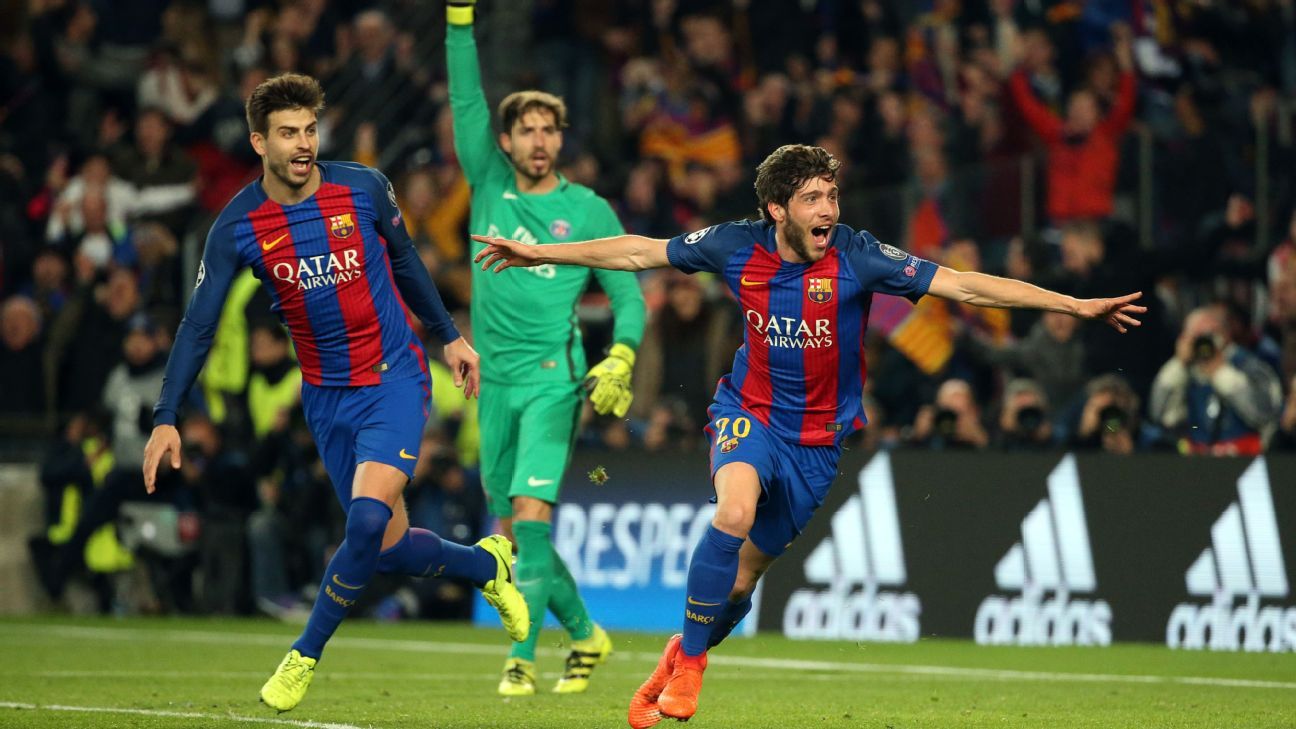 BARCELONA — Kevin TrappEintracht Frankfurt goalkeeper, does not forget, it is impossible for him, on March 8, 2017. That fateful night for him in which Barcelona broke all the records in the history of the Champions League, achieving an impossible comeback against Paris Saint-Germain who had crushed him in Paris (4-0) and left the Camp Nou with a 6-1 that remains in the competition books.

“I don’t think about what happened here five years ago, I only focus on the current game because it is a great challenge,” he replied on Wednesday when he was reminded of what happened then in the press room at the Barça stadium.

Cold but elegant, without refusing any barbs from journalists eager to bring up the goals of Neymar or the final stab of Sergio Robertthe German goalkeeper made an effort to proclaim that this game and that “have nothing to do with it. Then we had won in the first leg and the approach was different; now we are clear that we are going to suffer a lot, but we know that we have the strength to go through the semifinals.”

Trapp signed for PSG in the summer of 2015, from the same Eintracht to which he returned, and endorsed by Laurent Blanc, at that time coach of the French team and who made him undisputed as the Italian’s successor Salvatore Sirigu.

It happened that the following year Blanc was replaced on the bench by Unai Emery and the Spanish coach was not so clear about starting the goal.

Trapp competed with the French Alphonse Areolaa rare bird in the club’s multimillion-dollar squad, emerged from the quarry and then called to become heir to the Barthez or Lama.

Finally, halfway through the season, Emery opted for Trapp, who after not playing a game in the Champions League group stage had already been a starter since January and who arrived at the Camp Nou having played 15 official games conceding 6 goals… same ones that fit before Luis Suarezhis partner Kurzawa, Leo MessiNeymar (twice) and Sergi Roberto’s fateful one, the definitive one that plunged PSG into misery and left it marked inevitably.

The coach refused to point it out publicly and kept him in the goal until the end of the year, but the following season he spent practically the entire time on the bench, relieved in the starting role by Areola and paying for his return to Frankfurt in the summer of 2018, first in quality on loan and then transferred for 7 million euros, somewhat less than what PSG had paid for his signing in 2015.

That night at the Camp Nou caused him to return to the plane unequivocally, also, his rivalry with Marc-André ter Stegenin the shadow of Manuel Neuer, as a candidate for the German national team. Because somehow the Bayern Munich goalkeeper personalized, and personalizes, the insurmountable wall for the azulgrana that, in some way, he personalizes for Trapp, a fierce competition and that in Germany provokes not a little debate.

At 31 years old, the Eintracht goalkeeper has 6 games with the Mannschaft to 28 for the Barça goalkeeper. Always both in the shadow of the untouchable Neuer (109 games) and that with 36 years old does not seem in a position to lose his undisputed status.

Meanwhile, Trapp prepares his return to the Camp Nou, shaking off as best he can the sad memory of 2017, when he fought to become the undisputed goalkeeper of a PSG always halfway to greatness only to end up shattered, even then and even now, when they have gone through his ownership, after Areola, Keylor Navas either Gianluigi Donnarumma… with a long way to go but who will also accompany his fateful night at the Bernabéu.

“Everyone is very well prepared and eager for the match to come. These are the days for which you exercise this profession: a decisive duel in this great stadium. But one thing is clear: we want to move on”, sentenced the German, Convinced of burying that nightmare with a night for personal history, five years later and defending the goal of an Eintracht team that, accompanied by a large caravan of fans, dreams of living their personal dream at the Camp Nou.

Trapp, by the way, began his youth career at Kaiserslautern… And one of his first coaches at the club was called Gerald Ehrmann, the goalkeeper who on November 6, 1991 conceded the historic and miraculous goal by José Mari Bakero in the 89th minute at the Fritz-Walter Stadion that meant the elimination of his team at the hands of that Dream Team that six months later would be crowned at Wembley with its first European Cup.

It is not known if Ehrmann ever explained to Trapp the sensations of sinking against Barça… Nor if, over the years, Trapp himself, after his fateful night in 2017, spoke with Ehrmann again .

Trapp, Eintracht goalkeeper, returns to the Camp Nou, where he suffered 6-1 with PSG