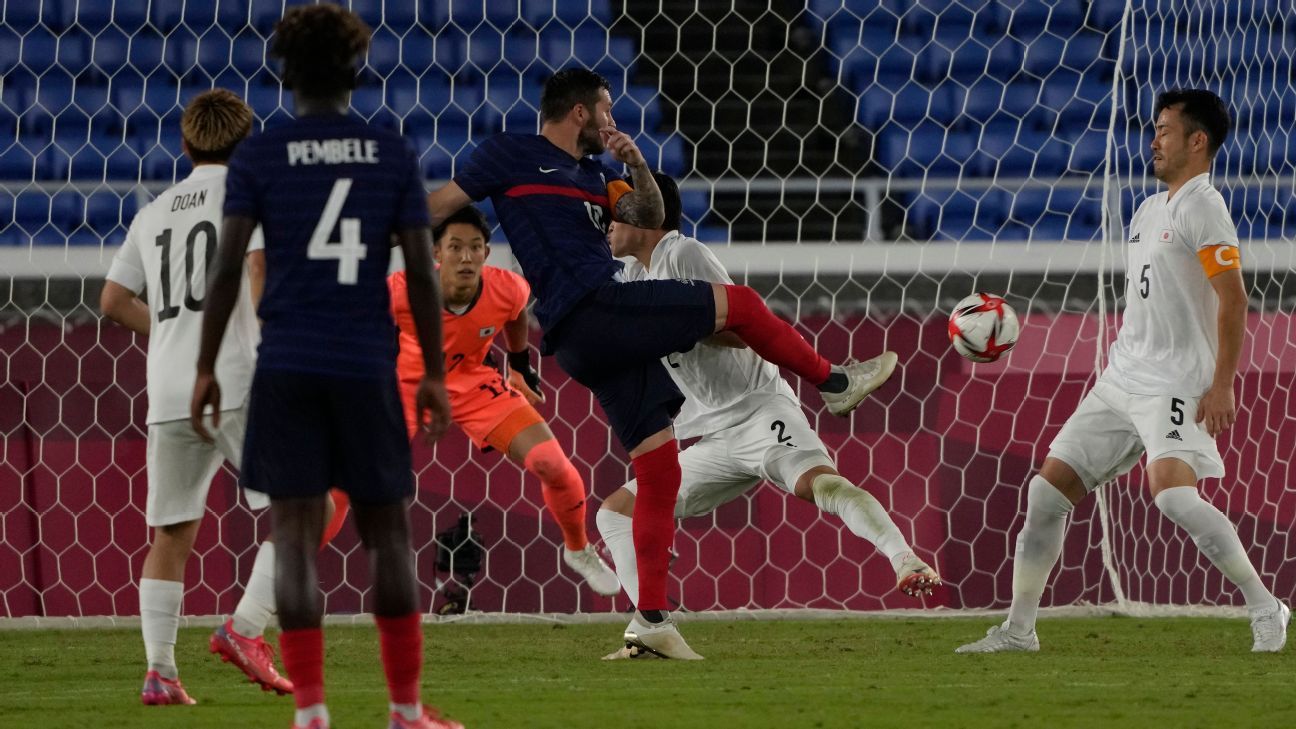 The European team that Gignac comada sealed a great disappointment for the French delegation and the negative reactions did not take long to arrive.

The France selection was left out of the Tokyo 2020 Men’s Soccer Tournament when being thrashed by his similar of Japan 4-0. The French team was one of the favorites to be among the medals, so their elimination has been highly criticized by their own fans.

Through the official account of ‘Les Bleus’, the French fans charged against their squad after their disastrous performance in the Group Stage of the Olympic Games, instance in which they lost two of their three games and allowed 11 goals against.

The first goal of Japan against France it was of Kubo, who also scored against the Mexican team. Minutes later, Sakai scored the second and at 70 ‘, Miyoshi marked the third. Finally, Maeda closed the account in the added time.

The staff led by André-Pierre Gignac and Florian Thauvin, both players of Tigers, was far from meeting expectations and starred in one of the biggest failures of the Olympic Games.

Here are some of the strong criticisms from French fans, Thauvin being one of the main ones:

“Those responsible for this fiasco: The Graet that keeps Ripoll, who is tactically defeated by anyone. Our clubs that refuse to lend to their players, while in Spain, for example, they lend to players who have played in the Euro (Pedri, Olmo, García) “.

Those responsible for the fiasco:

“It’s a shame that he put Thauvin on the right wing, to play a minimum of football”

“No, they are not ‘our’ players, they stink of shit. Fortunately Thauvin is in Mexico, we can forget his existence.”

“What a shame, what a shame the FFF, what a shame ALL those who have decided to denigrate these Games I really hope that those responsible are punished and in a very good way! A regret, my sadness for @ 10APG who deserved better than this team.”

“A good humiliation to end in apotheosis! What a shame! 11 goals conceded in 3 games is no longer a defense but a sieve! Ripoll resigned !!! #Thauvin I wonder why he was selected! #Thauvin calmly returns to drink tequilas in Mexico. “