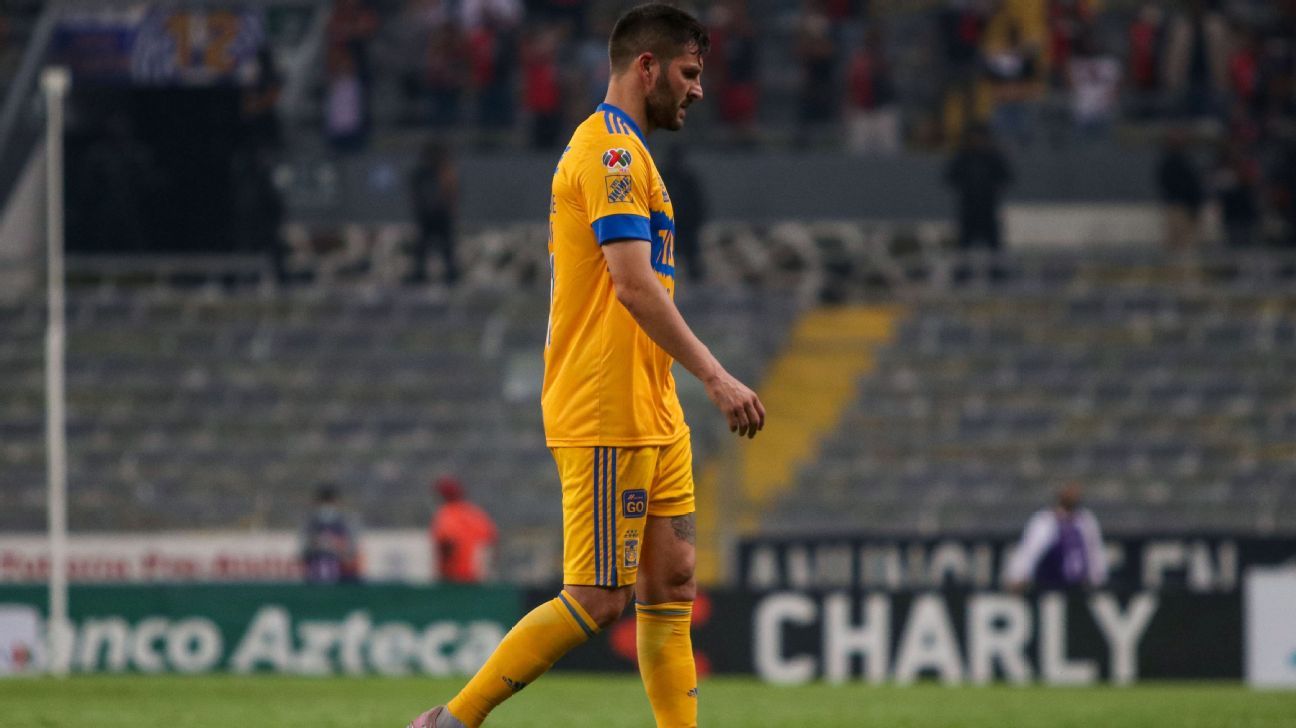 The slow start of Miguel Herrera’s Tigres adds to the loss due to injury of Gignac, the team’s historical goalscorer and whom his teammates must replace with goals

Tigers going through a difficult time under the command of the technician Miguel Herrera, given that they barely add five points after four games and now he will fight to rebuild the path without André-Pierre Gignac, an element that when the team is absent, it struggles to get good dividends.

The felines have struggled to obtain positive results under the command of the “Louse ”Herrera, who acknowledges the annoyance of the followers of Tigers, and for that reason he is in search of an improvement, but he will have to do it without the forward who carries the offensive weight of the team and the top scorer in the franchise, who suffers a right foot injury and will return to activity in two or three weeks.

This will represent a challenge for the royal team, due to the fact that since he arrived as a reinforcement in 2015, André-Pierre Gignac has been absent in 24 Liga MX matches, in which Tigers he has only been able to win seven times.

Those of the UANL have also had 10 draws and seven setbacks when they do not have Gignac on the court, so they will now have the task of improving inertia in the double round of the 2021 Apertura Tournament.

Tigers He will receive Querétaro on the fifth date, while on the sixth he will visit Mazatlán and the team’s hope is that their scorer from the last tournament will appear, Nicolás López, who has already appeared before the goals of the rivals in this tournament.

The Uruguayan appeared in the Guard1anes Clausura 2021 by scoring six annotations, while Gignac was going through a bad time that meant he finished with three goals to sign his worst tournament with the team since he arrived as a reinforcement.

The “Diente” López helped the Nuevo León team to get a one-touch tie this weekend against Puebla in the Apertura 2021 and now will have the task of appearing as the previous contest, since so far no player has stood out with the number of goals since Juan Pablo Vigón, Carlos González, Carlos Salcedo and Guido Pizarro also have one.

In previous tournaments, apart from GignacThere were other elements that stood out for their collaboration in the attack and among them Enner Valencia stood out, who in the Apertura 2017 scored 12 annotations.

Now, the challenge will be for Nicolás López to be the alternative of Tigers as a scorer, in the absence of André-Pierre Gignac.