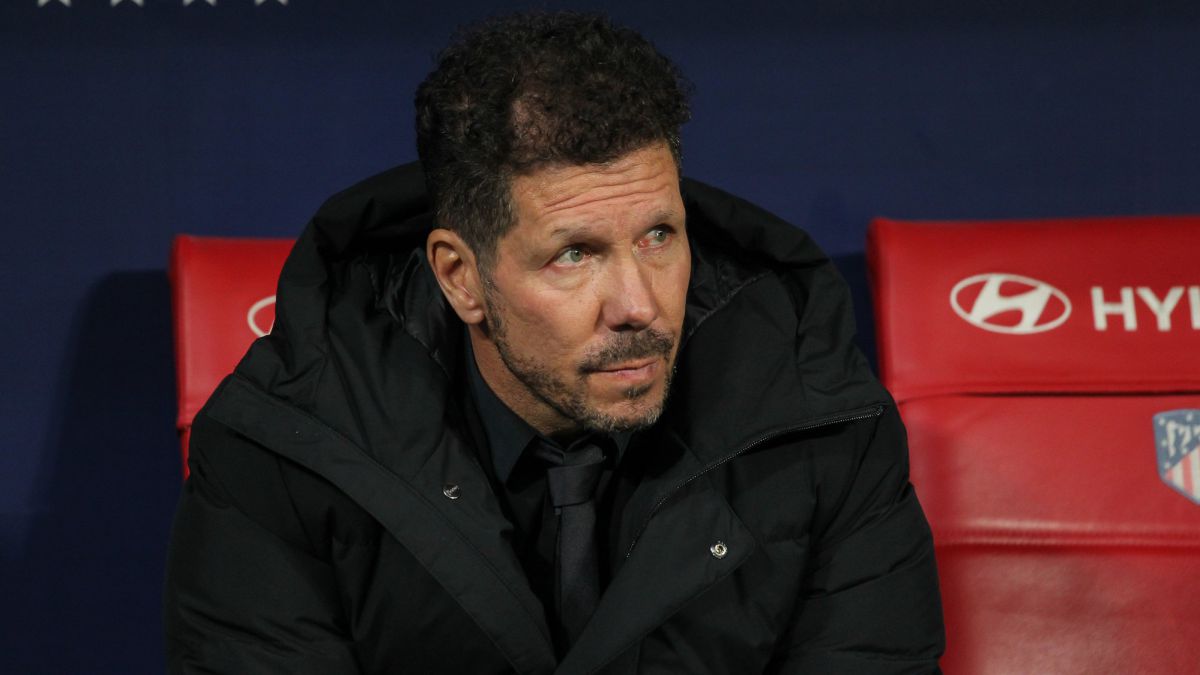 A great Lodi has been seen.

It makes me very happy for Renan. Last season before Carrasco’s great year he had much fewer minutes than in his first year, but we always told him that due to his characteristics he could be very dangerous as a lane, inside or whatever you want to call it. He has an arrival, a goal and that generates the power to break with his natural leg. But the most important thing is what is not seen, he works, Reinildo arrived and the first thing he did was try to help him and that is not seen as much. Noble, whole people, who are committed whether they play or not and in the end football rewards you, which is giving you back moments like the other day and like today.

That word is used a lot. Since the match against Osasuna, the team has had a different spirit: intensity, aggressiveness, collective work, defending our area and attacking the opponent with more forcefulness, and the results accompanied us. The other day against United it couldn’t be, perhaps undeservedly because of what we gave, but internal competition is growing and it’s the best thing that can happen to us. Herrera, Kondogbia, Vrsaljko, Reinildo… come to compete with those who were champions last season. Except for Correa and Savic, who have perhaps had more continuity, the rest are growing. With fair competition and commitment, the team wins for sure.

There seems to be another attitude.

I don’t think we didn’t want to do it before. But there are passages and moments where things don’t work out, there were times when they weren’t working out and luckily since the game against Osasuna he’s been on the right track. We were able to repeat the line-up, which it had been a long time since I could and I knew that after the great effort we made, the mind is what makes you tired and those players with few minutes really wanted to settle down. It was saying, ‘Mister, I want to play’, and that’s great.

What does not fit in mean to you?

Forcefulness and an improvement in what I have been talking about.

You said that LaLiga was won every many years, was there relaxation for winning last season?

It gives us the challenge of trying to get down in time from what we have been commenting on, because it would be an achievement for the team and also for the club.

What does Kondogbia give him?

physical strength When he manages to be calm and play simple from recovery, the team gains meters and recovered balls. And football is playing well and recovering balls, if you only play well and don’t recover, you won’t win.

He doesn’t marry anyone.

I think that the best thing that happens is that they have seen that the game the other day was very good. Companions committed to the cause to win understand why we repeat. We wanted to get to 60 minutes and then put on fresh people who have been training well and getting angry because they don’t play. It is the best thing that can happen to us, compete and be better.

“Those who had been telling little said: ‘Mister, I want to play’