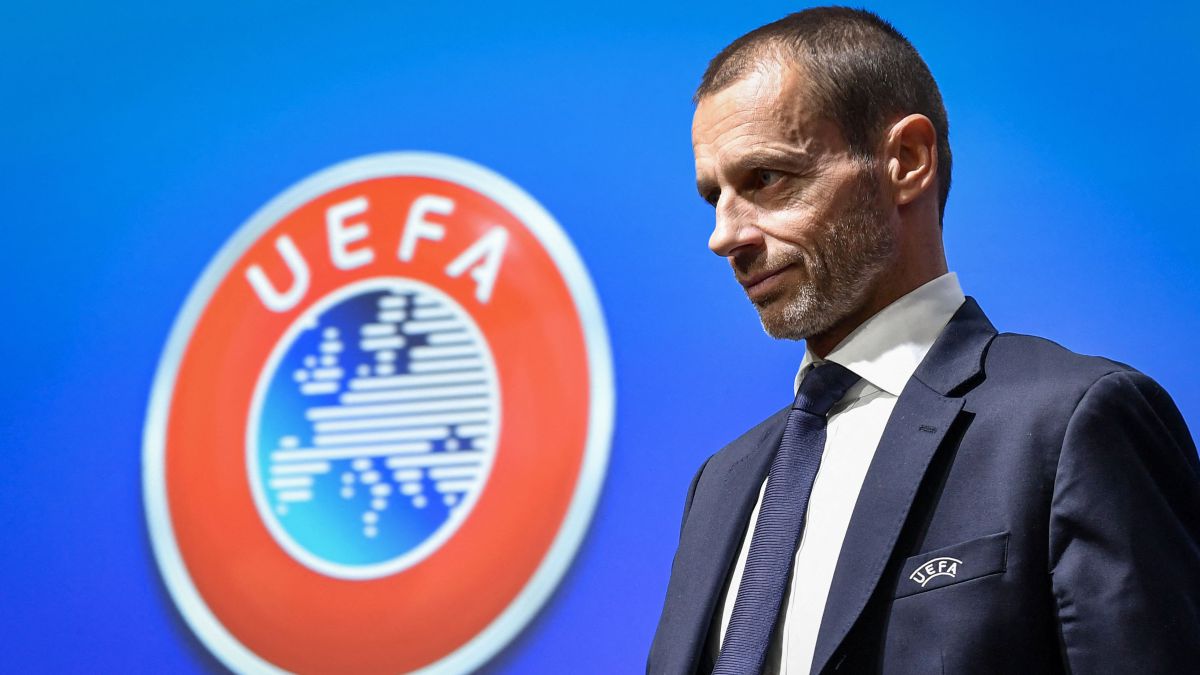 UEFA has finished designing its new Financial Fair Play, which will come into play from next seasonas long as it is approved at its Executive Meeting on April 7. As reported by the New York Timesthe European football regulatory body has spent years searching for an alternative formula to the current controversial model and now, after weighing and discarding various ideas, it has definitively come up with the new economic control law.

Until now, the Financial Fair Play, even with several edges, could be summarized in the balance between income and expenses and losses in a period of three years. He arrived in 2010 and has left sanctions, pardoned punishments and more controversy than certainty in pursuit of competitive equality among the greats of the continent. Thus, UEFA was desperately looking for an alternative. This, always according to information from the prestigious American media, consists in the total cost of staff may not exceed 70% of annual income.

If this radical reform is approved, It would not be imposed immediately, but gradually. The clubs would face three years of adaptation, in which UEFA would allow them to spend 90% of their income on staff costs. After three seasons, that 90% would become 70%. At the moment, there are about forty clubs that could not assume this new regulation today or that already have problems with the current Financial Fair Play that are in negotiations with the body in the so-called conciliation agreements. In this way, they would enter the new era on equal terms with the restin order to avoid an even greater gap between those called to do great things on the pitch.

And what happens if it is breached?

One of the main problems of Financial Fair Play throughout these years is that there were not too many certainties regarding the punishments that would be imposed on those who did not comply with the rules. Now, UEFA wants to root out this setback with a well-defined strategy from day one. It should be clarified, yes, that its regulations will not be so extremely strict: a small gap of just over ten million euros will be allowed for the clubsas long as they have not had financial problems before and their accounts are healthy. In addition, the previously mentioned nuance: there will be a three-year transition period until the final implementation of this innovative model.

Despite this, UEFA has thoroughly studied what the possible consequences of breaking the rules are. To the already known and classic economic fines or threats with the expulsion of European competitions for a certain period, two other novelties are added. First, a possible downgrade. If a Champions team fails to comply with the new Financial Fair Play, it will be able to drop out of the competition and be part of the Europa League. In the same way it happens from Europe to Conference League. At the moment, everything exposed is information from the New York Times and, therefore, does not find the accuracy of an official statement from the agency itself. In any case, It is understood that if there is still the possibility of expelling a club from a tournamentthe reduction of category would be a punishment more in line with those who fail to comply with the rules due to a lower economic margin.

On the other hand, The Champions League will change its format in 2024 to present a different group stage, in which all the clubs are part of the same table, although they would not all face each other, but a division would continue to exist. Beyond the details of this structural change in the highest continental competition, UEFA shuffles the sanction of points to entities that do not strictly respect financial regulations. Today, this would be frankly difficult to execute, since the victim would be practically eliminated in the group stage, in which there are only 18 points at stake. By then, with more games and a deeper table, it would be a consistent punishment.

The last summer, The also prestigious media outlet The Times revealed exclusively that Ceferin was conscientiously working to impose a system on the NBA. In short, it focused on a considerable reduction in staff spending also to 70% of income, stricter salary limits, a salary cap and a luxury rate that they should pay all those who failed to do so. The money that they passed to UEFA as punishment would be distributed among the rest of the clubs in order to balance the competition even more. An idea that, in its day, was raised and could even be put to a vote. However, the president of the organization has hit several walls along the way. In the first place, with European labor legislation, which does not allow establishing salary caps, as the president wanted. On the other hand, due to the resounding refusal of the clubs, especially those with greater economic power.

Despite the fact that he had been weighing this authentic revolution with experts and soccer people for several years, he has finally discarded it, also betting on a new model, with some similarity to his initial idea, but also with many different ones. Since the summer, it has intensified talks with all the parties involved to put an end to the controversial Financial Fair Play and it seems that it is the definitive moment to make a change that will revolutionize European football.

And this new model, who favors?

The New York Times It also reflects on the real impact that this new measure will have on European football. According to his conclusions and based on the logic of the nature of the transformation mentioned, the English clubs are the great beneficiaries of this revolution. The reason is none other than that they are the ones who receive the most income, especially based on television rights. They also mention tycoons, like the sheikh of Manchester City. The more income, the more spending is allowed. Which, the more income… the better team. This may seem obvious at first, but it is not. For example, if Real Madrid has 300 million euros less than Liverpool, before it could spend what it considered as long as it balanced its accounts within three years. What’s more, if it managed properly and its profits were appropriate, it could invest more in its squad than a club with significantly higher revenues. Now, and always in the absence of knowing the final details of the new regulation, the ‘reds’ could spend more money for the simple fact that more amounts enter their accounts.

And the clubs, what do they say?

The first change proposal made by Ceferin a few months ago, the clubs flatly refused. Now, on the contrary, there is a disparity of opinions. UEFA communicated the proposal in the private sphere and a debate was formed. The New York Times reports that some clubs, that is to say the most powerful, asked that it not be 70% of income but 85%. His speech was in opposition to the position of the germans, without specifying how many or who. These, according to the report of the American newspaper, asked that the control be even greater. In other words, entities could only spend less than 70% (it does not establish a specific figure either) of income in staff expenses. In this way, it is understood that footballers would not receive such astronomical figures and, therefore, the domain of great fortunes would not grow. To this must be added that UEFA will impose greater control of sponsorship agreements, so that clubs do not take advantage of distorted contracts due to the direct relationship between the business group that presides over it and the advertising company.

The most anecdotal part of the important information advanced by the New York Times is that, in case of approval, the famous concept of Financial Fair Play will disappear forever. Ceferin and the senior officials of UEFA are aware of the public image that these words have and the communicative impact that it will have to erase from the map the idea that has governed European football for so many years. Therefore, the FPF is over. From now on, and always bearing in mind that it has not yet been approved by the Executive Board, it will leave that name to be the financial sustainability standards.

Vote: what do you think of UEFA’s new financial rules?

It should be remembered that they will be put to the vote, as long as the information from the New York Times is confirmed, next April 7 at the UEFA Executive Board. In case of finding the green light, they will be added to the European body’s rule book and will be taken into account from next season. In 22-23, 24-25 and 25-26, as an adaptation period, it would be a regulation of staff expenses at 90% of income. Since then, only 70%.

This is the new Financial Fair Play, according to the NY Times