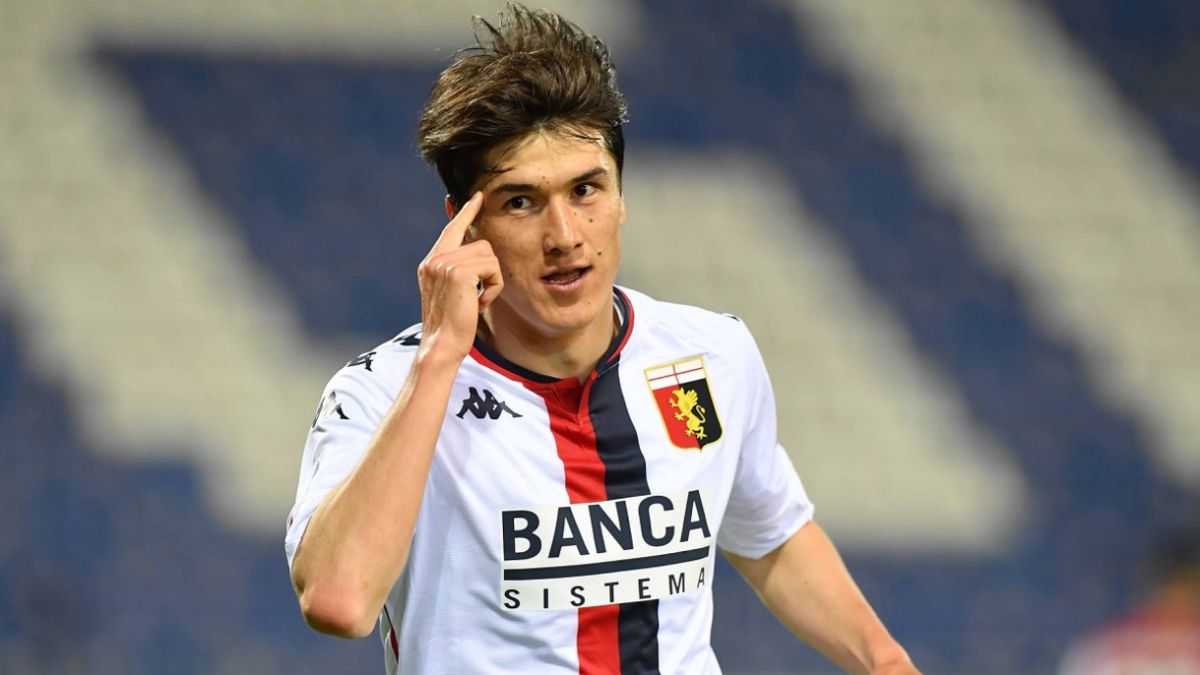 The transfer market this summer is being very difficult for most of the teams. The pandemic continues to have a great impact on the economic and there have been very few movements of the big teams. But the tree is already beginning to move. The Rome by Mourinho He promised to be one of the animators of the market and that is how it is. The giallorossi have signed Rui Patricio, Matías Viña and they are very close to closing the arrival of Eldor Shomurodov.

At first, it is a name that has not made a lot of noise on the international football scene, but it is clearly progressing and will have the opportunity of a lifetime in Rome. ‘The Special One’ had asked an offensive player to reinforce an already heavily populated attack with Zaniolo, Mkhitaryan, El Shaarawy, Carles Pérez, Pedro (on the transfer list), Edin Dzeko and Borja Mayoral.

According to Gianluca Di Marzio, from Sky Sport Italia, Eldor Shomurodov’s arrival in Rome is a matter of hours. There is an agreement between the three parties and the operation would be closed in an assignment with an obligation to purchase. All of it would be around 18 million euros and the Genoa, the team to which it belongs, would keep 20% in a future sale. It is an attacker whose main position is that of a center forward. The Uzbek is a tall player (1.90), but with the ability to fall to the wings and mobility in the front of the attack.

His love for history and comparisons with Messi

Eldor Shomurodov He was born in Jarkurgan (Uzbekistan) in 1995 and comes from a family in love with football. He spent most of his childhood in one of the main oil companies in the world and began to play in the street. He fell in love with this sport thanks to Rivaldo, who played for the Uzbek Bunyodkor. His childhood idols were Drogba Y Fernando Torres and began to stand out in Bunyodkor himself with 20 years.

Thanks to his good work they nicknamed him with the nickname of ‘Messi Uzbek’ who, a priori, does not hit anything. He does not look like himself physically and Eldor is 1.90 meters tall, but his very high level earned him that nickname. Now, in Italy, everyone knows him like that. In 2019 he was signed by Rostov and last summer landed in Serie A from the hand of Genoa, who paid 7.5 million euros for it. In his first season at Calcio he scored eight goals and gave one assist. Now he has before him one of the opportunities of his life.

You could say that Shomurodov is not a typical footballer. Beyond the peculiarities of his career and his history, Eldor is a great fan of reading. To the future forward of the Rome loves to read and devour books with great continuity. What’s more, He is also a lover of history and literature in general. The capital of Italy is full of history and unmissable corners that are getting closer to meeting the new striker ‘giallorosso’.

His idolatry for Mourinho and effectiveness in front of goal

One of his great idols in the world of football has been Jose Mourinho, who is going to be your new coach. In fact, met the Portuguese technician in February 2019 at a restaurant in Moscow. Shomurodov himself published the photo on his social networks and was very happy for that meeting: “He came to Moscow to watch hockey. He was a Chelsea fan thanks to him and telling him in person was exciting.”

The Uzbek is a very effective forward in front of goal, able to act in various attack positions and with great power in the passing game. Last season, with Genoa, played 1,677 minutes and scored 8 goals. Proof of his effectiveness is that his expected goals were 5.1 and he made almost three more. He averaged 0.43 goals and assists per game. His ‘versatility’ in attack makes him even more special with one of the most special coaches in world football.