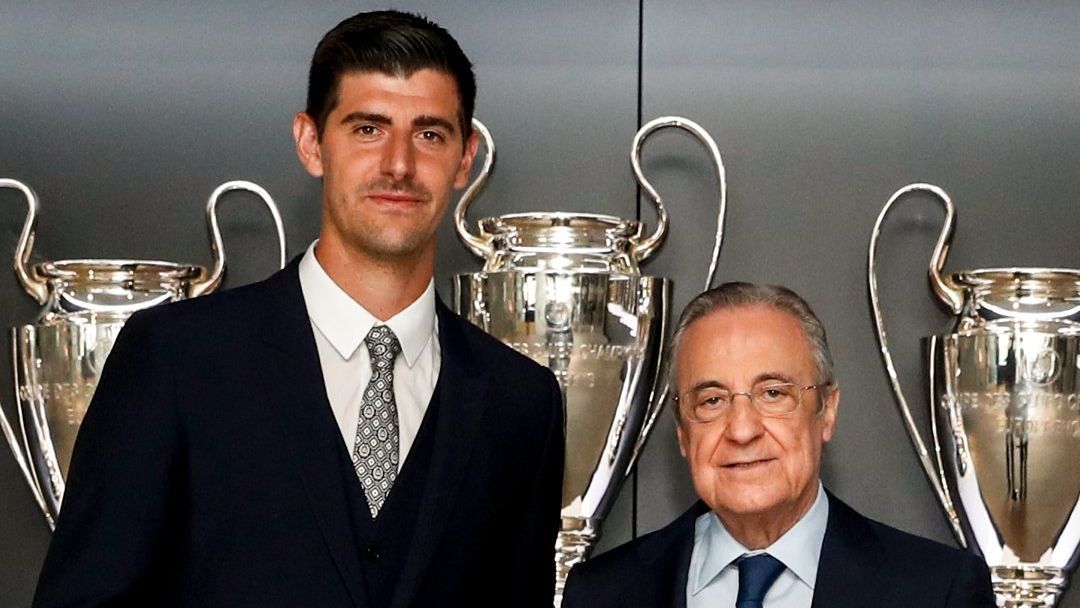 The Belgian goalkeeper signed a new agreement with the club, which he reached in 2018 from English Chelsea

The Belgian goalkeeper Thibaut Courtois signed the renewal of your contract with the Real Madrid until June 30, 2026, a club he has defended since he arrived from Chelsea in 2018.

Courtois, 29, reached an agreement to extend his relationship and finish developing his career in the Real Madrid, a team for which he has become a benchmark, undisputed starter and one of the pillars both with Zinedine Zidane and in the return of Carlo Ancelotti.

The Real Madrid extends its renewal policy to players who are providing a good performance and after reaching an agreement with the Belgian goalkeeper, the renewal was sealed with the signing of a contract in the City Real Madrid.

The agreement was staged with the image of President Florentino Pérez along with Courtois, who received a t-shirt with his name and number 2026 as a bib.

Three years ago, on August 9, 2018, Courtois was introduced as a new player of the Real Madrid at the Santiago Bernabéu stadium. “I am very happy to be in the best club in the world and I am looking forward to starting with this challenge. I had never kissed a shield until today, I feel that I am where I want to be,” he commented in his first words as a Madrid player.

Since then, the Belgian international has played 130 games with the Real Madrid distributed among the hundred just turned in LaLiga, 24 in the UEFA Champions League, three in the Spanish Super Cup, two in the Club World Championship and one in the Copa del Rey.

He has won three titles: a League, a World Cup and a Spanish Super Cup, and individual awards such as ‘The Best’ for the FIFA goalkeeper in 2018 and the ‘Zamora Trophy’ of the 2019-20 League.

Courtois He was formed in the ranks of the Belgian Genk, a club in which he began to emerge between 2008 and 2010 to reach Atlético de Madrid, where he played three seasons between 2011 and 2014 on loan from Chelsea, with whose team he played the following four seasons before fulfilling his goal of returning to Spanish football and playing in the Real Madrid.