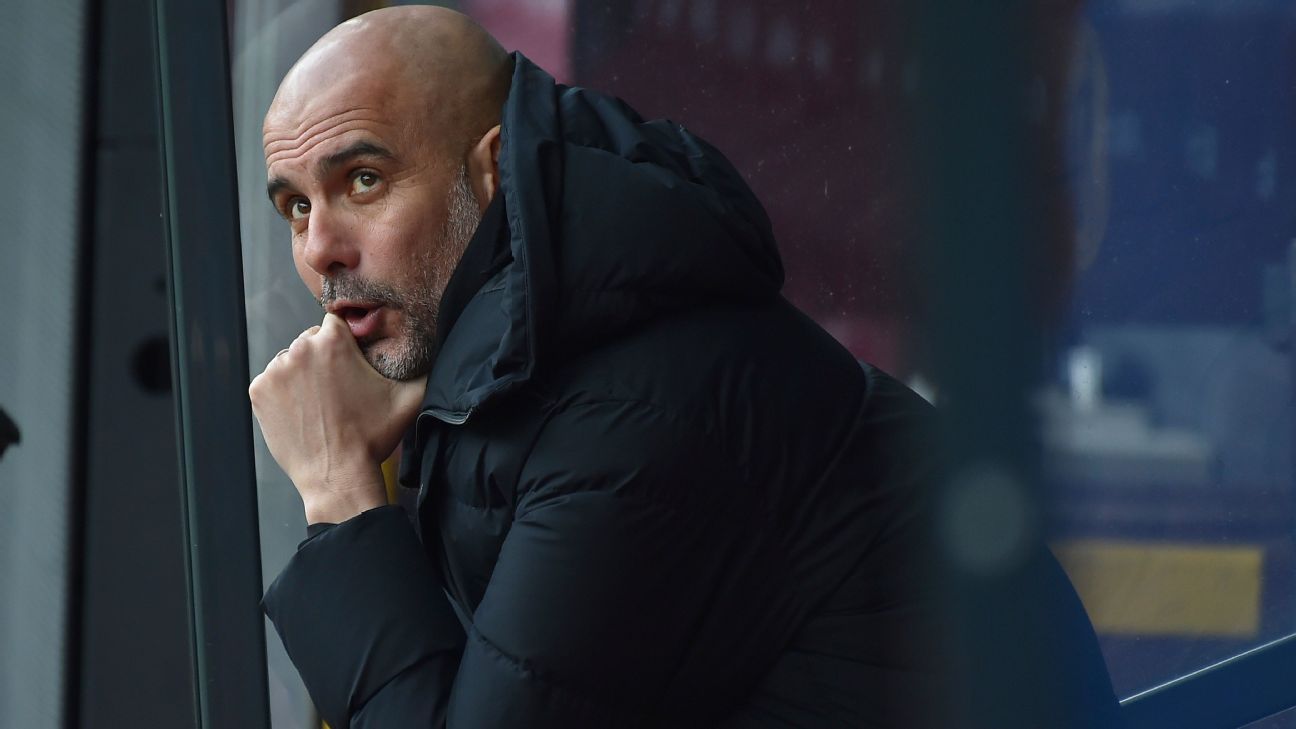 Marti Perarnau, an author who knows Guardiola’s mystique perfectly from his beginnings with Barcelona, ​​spoke with ESPN about the great Catalan coach

Pep Guardiola has marked an era in European football. With a 15-year career, the Spaniard has left a legacy at Barcelona, ​​Bayern Munich and Manchester City. In the ideal scenario, the next step for the pupil of Johan Cruyff would be his arrival League One. Although for this, in the environment close to Guardiola They foresee that the Spaniard will momentarily change the soccer fields for the golf courses.

“I think that after Manchester City, Pep He’s going to take quite a few years off, that’s what I think and I know he’ll end up in a national team, it’s very possible, but I think there will be a break between Manchester City and his next destination. It is difficult for me to see another club because as you say in Spain, neither in Germany nor in England will he go to another club. It is very difficult for me to see him in France, it is less difficult for me to see him in Italy because of his relationship and his love for Italians, but I don’t know if Pep is going to join another club, but I think he will play golf, and maybe he will be with a national team. I think he doesn’t even know it, sometimes we talk about it, we haven’t talked about it formally but first he has never confessed it to me and obviously he wouldn’t say it, but I think he doesn’t even know it himself. I think that Pep likes to live the day more than not project many years”, he recounted in an interview for ESPN, Marti Perarnauan author who knows perfectly the mystique of Guardiola since its inception with Barcelona.

Perarnauwho among his publications is: “Pep Guardiolathe metamorphosis”, considered that regardless of whether or not the Spaniard achieves the goal of winning a Champions League with Manchester City, the strategist has built a legacy that is difficult to overcome with the team from the PremierLeague.

“At Manchester City I think he is building a legacy for history, there will be an era Guardiola at Manchester City indisputably, whether he wins the Champions like he doesn’t win it this year or next year or whatever.”

“There are very good players, there is no need to repeat the names, but I think there is an attraction for the two coaches and above all because they meet again and because we know what is going to happen. We know that the Atletico Madrid he is going to lock himself in his goal looking for the counterattack, we know that the City he is going to play offensively with his defenders and we already know all of that and we know that it will be repeated. Perhaps if there will be some detail that is modified and we get some surprise; It’s like those movies where we already know who wins and who loses, and who’s the good guy and who’s the bad guy, but we want to see the movie.”

Perarnau recalled that the match between Bayern Munich and Atlético during the semifinals of the Champions League six years ago, were listed as the best match of the German team in the last decade.

“Pep and Simeon they had already faced each other 6 years ago, when “Cholo” was in the Atletico Madridwas a dramatic semi-final for which the Atletico Madrid went to the final on the value of goals, now that no longer exists. The game was very overwhelming. bayern, is possibly considered the highest level and best level game of the entire decade, but it was probably the best game of these 10 years for Bayern, he finished 52 times on goal and failed to defeat the wall. He won the second leg two to one, but with the value of the goals he could not pass. I believe that two opposing styles face each other and have the same objective, which is to win, very defensive and not conceding goals, they don’t want to concede goals and they do it in the opposite way”.

Despite all the experience he has Guardiolathe Spanish strategist still “gets very nervous when he sees the ball in his own court”, so Perarnau He predicts that this matchup will be a matchup that showcases two very different styles of play.

“Simeone encloses his 11 men in his area together, setting up a fortress before oblak and Guardiola he does the opposite, he sends his men to the attack to have the rival team very far from his goal. Pep Guardiola He always told me and told me: ‘I get very nervous when I see the ball near our goal, I want to have the rival very far away’. So they are two teams that have a goal but totally opposite styles.”

To reach the level of Johan Cruyff, Guardiola He is aware that work is the way to compensate for the talent that the Dutchman showed in his time as coach.

“Work and more work. Especially when compared to his master Johan Cruyff that he was a genius, he does not have the brilliant talent of his teacher, it is his opinion, we think that he does and therefore, he considers that he has to compensate it with work. That means total dedication 24 hours a day, 7 days a week, all year round, to his work, trying to perfect detail by detail to try to achieve that miracle that no one can take away from football”.