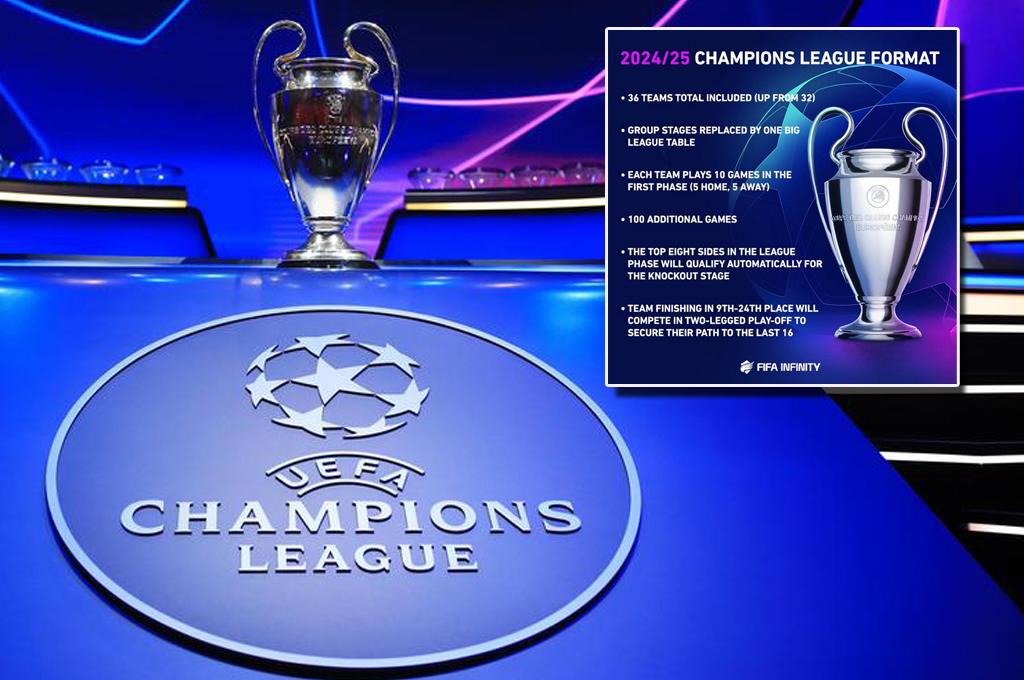 THE UEFA champions league (UCL) will have a new format from the 2024-2025 season as reported by the governing body of European football after a meeting of its Executive Committee.

UEFA’s new attack on the Super League and Florentino Pérez

The entity reports that the number of participants in the tournament will increase from 32 to 36 and the old group structure is replaced by a kind of “liguilla” in which everyone competes against everyone to reach the direct elimination phase of the round of 16 onwards.

This new initial phase includes five games at home for each club and another five away, all against 10 different teams, which increases the number of games compared to how it is currently played.

The new scheme also contains a complex qualification system for the direct elimination phase. The top eight in the order of accumulating points by the traditional method (three points awarded for a win and one for a draw) are seeded as the top seeds.

Their rivals will come out of a play-off between the teams ranked ninth to 24th in the standings in which those ranked nine to 16 will battle against those ranked 17th and up, with home-court advantage in the second leg.

Ronald Koeman breaks the silence on his departure from Barcelona

Nor do the organizers specify the criteria for pairing the winners of that play-off with the seeds of the qualifying phase, which could be by positions in the “liguilla” or by the traditional draw.

The UEFA authorities do clarify that the round of 16 and quarter-finals will be round-trip matches, but then they do not detail the semifinal format from now on where a Final Four would presumably be played.

The classification for the Champions League will continue to be open as explained by the organization and the four additional quotas are distributed as follows:

– Another place will be awarded to a national champion club, thus increasing the number of direct qualifiers in the so-called “champions route” from four to five.

– The last two will go to the clubs with the best coefficient in the last five years that have not qualified for this group stage, but have qualified for the Champions League, Europa League or Europa Conference League.

The reformulation includes at least four more games for each team and increases the number of rivals that each club faces even though the organization of the league does not guarantee fairness by not facing all the same rivals.

There will no longer be 32 teams: UEFA announced the new format of the Champions League for the 2024-25 season