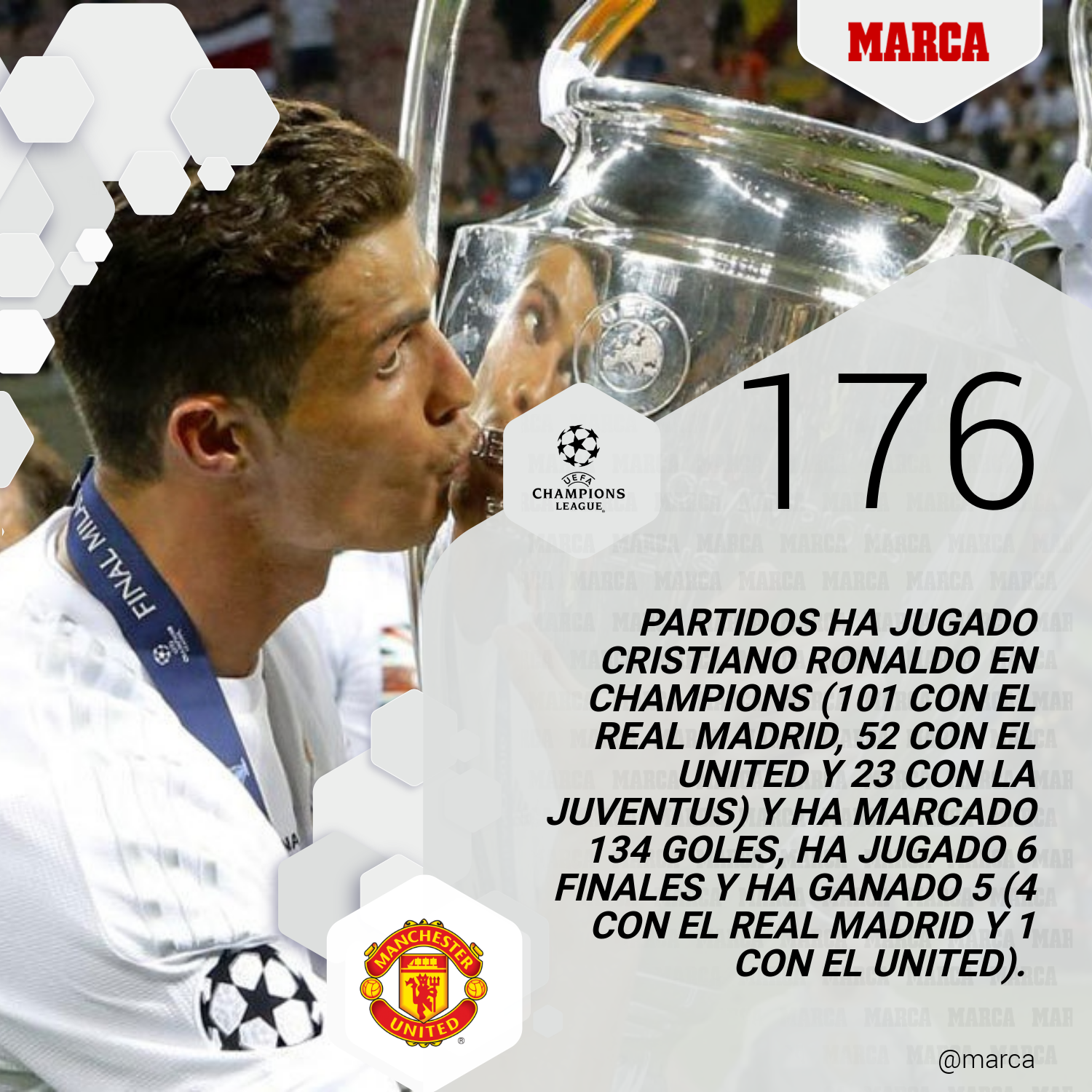 Cristiano has rope for a while, he demonstrated last Saturday in his rebut with Manchester United with his double against Newcastle. He gave the feeling that he had never left Old Trafford twelve years ago on his way to Real Madrid. Her last encounter with him United in Europe was on May 27, 2009 in Rome, in the final against Barcelona, where Guardiola and Messi achieved the treble. This Tuesday the Portuguese can play the Champions with the ‘Red Devils’, the rival being the Young Boys of Switzerland.

Cristiano has an idyll with this competition, has raised the ‘Orejona’ five times, one with the United and four with Real Madrid. He is the top scorer with 134 goals and yes Solskjaer decides to play in Bern, will convert, tied with Casillas, in the player with the most matches in the Champions League. Former Real Madrid captain left the counter in 177 encounters. The Portuguese left his record last season at the Juventus at 176. Iker’s figure will be left behind since his old partner has this whole edition ahead of him and who knows if more, to continue adding games.

Players with the most games in the Champions League

Their matches are distributed as follows, 101 Real Madrid, 52 Manchester United and 23 with Juventus. He is the only player who has more than 50 matches with two different teams in the Champions League. Among his appearances in Europe he has to his credit final six, being the one who has disputed the most with Maldini (five Evra, Seedorf and Van der Sar). He is also the one who has played the most semifinals (21), the second more quarterfinals (22) behind Messi who leads 23, the one with the most eighths (34) and the second in group stage (93) just two from Casillas.

It also has the record of goals in the same edition of the Champions League with 17 goals, Lewandowski was about in 2020 to reach it with fifteen. The Portuguese is the player with the most he has scored in the final stages with 67.