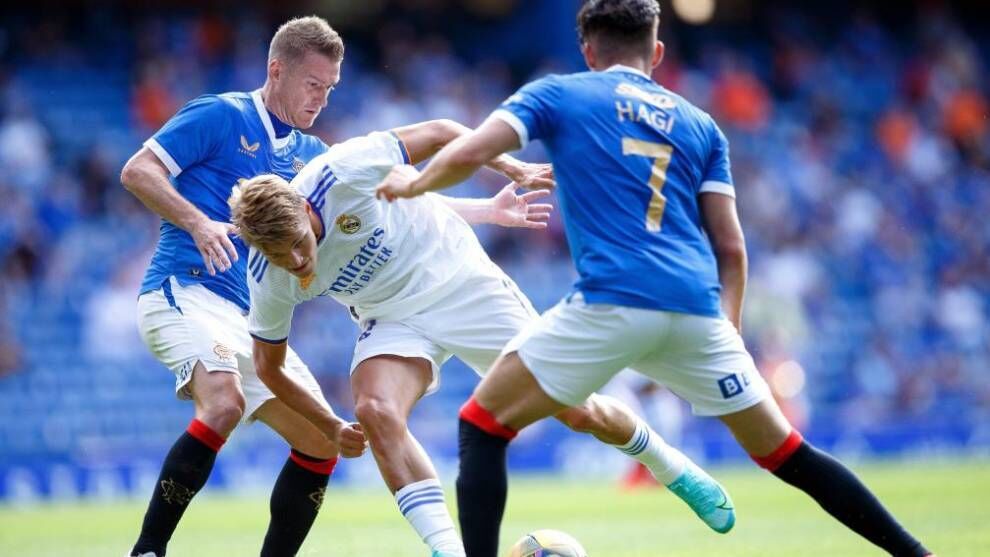 Martin Odegaard was or is one of the great hopes of the Real Madrid in search of a generational change that has been expected for a couple of seasons and that does not finish arriving in the white club. The return of the Norwegian has raised illusion between a Madrid fans in search of new faces and new looks in a stage in which the signings, except that of Praise, in short supply.

Well, just three weeks after Ancelortti’s project started in Valdebebas there are already some doubts about the continuity of Odegaard. Although the player said goodbye at the social media of the Arsenal, showing appreciation to the club, it is not ruled out, as La Ser advanced, that he even returns to London, who, incidentally, has always shown his desire not to lose the player so much through his coach Mikel Arteta as of its leaders.

Just the fact that the footballer is not clear about his future at Madrid is already a surprise. The departure of Zidane, who opted for him from the beginning of the campaign passed, to later relegate him to the bench, and the arrival of Ancelotti at the beginning they open the way to a new attempt to settle in the white club. The idea of ​​the club is that the footballer finally wins a place in the eleven and begins the generational relief, but it is not so clear now.

Furthermore, Odegaard’s pulse does not tremble if he does not see things clearly.. In the last winter market, the player packed his bags quickly and running claiming that he did not have many minutes at the command of Zidane, in a somewhat hasty decision for many in view of the countless casualties suffered by the team and that would have opened the doors of the eleven at a key moment of the season.

The truth is that, after three already friendly matches, the last one already more serious against Rangers in which the norwegian did not shine too much, the scene for Odegaard hasn’t changed much with respect to the last campaign. Modric has renewed one more year, logically follows Kroos, who has already made it clear that he hopes to complete at least two more seasons at the club before retiring, and continue Isco, whom Ancelotti has already praised along with the rest of the veterans in his first impressions of the preseason when two weeks of work are completed.

On the other hand, the situation that Real Madrid and football in general are experiencing makes most of the staff are in the market. And the Norwegian is a footballer who has a market. The Arsenal It is the first to propose a transfer to the white club at the end of last season after the transfer year, but it was finally discarded because the plan was to bet decisively on the midfielder, who arrived at Madrid with only 16 years and who has gone from assignment to assignment: Arsenal, Real Sociedad, Vitesse, Heerenveen, in addition to making his debut for the white club in Castilla under the command of Zidane.