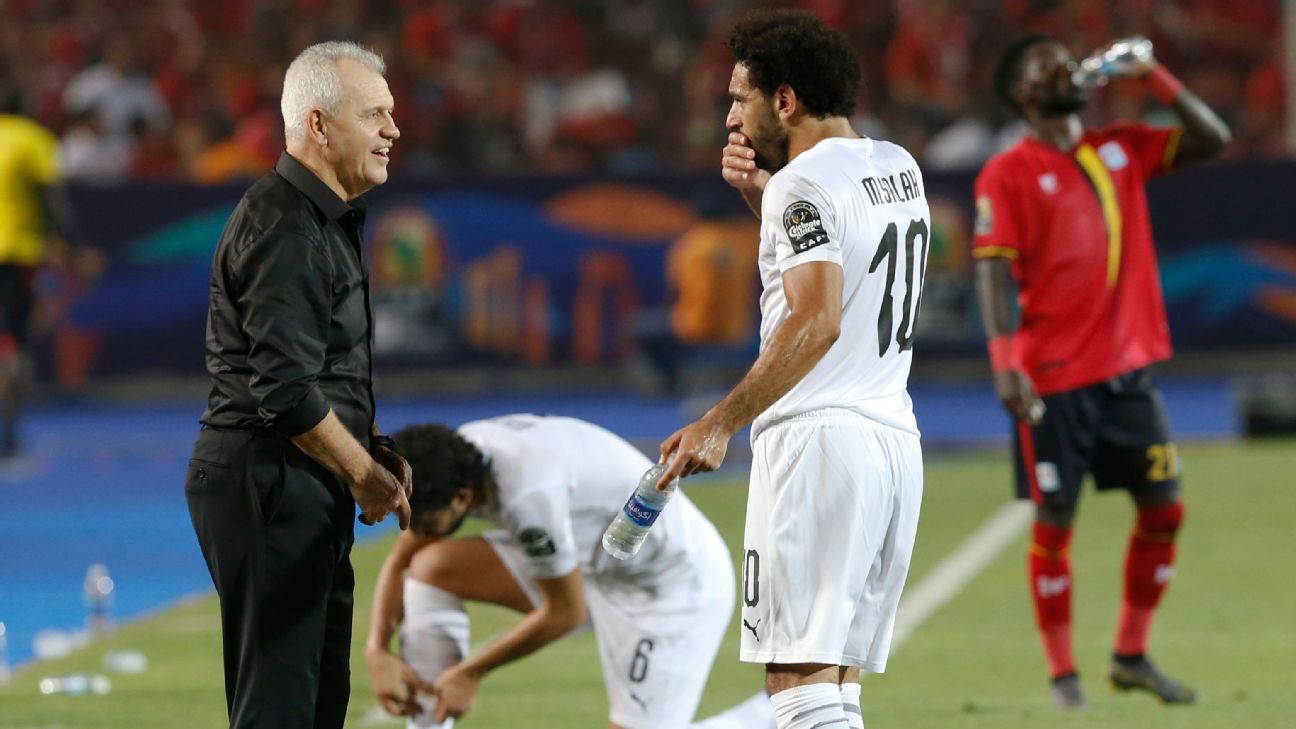 The Mexican coach accepted the challenge of implementing an offensive style and turning around his reputation as a ‘fireman’ coach, the savior of teams in crisis

Javier Aguirre agreed to come as coach of the Egypt national team after taking a gap year in Paris. The Basque He began one of the many reinventions in his career as a coach, when he became the first Mexican to coach Africa. He was still facing trial for match-fixing, when he was Zaragoza coach, a situation that he himself confessed closed doors for him: first, he was dismissed as Japan coach and took refuge in the United Arab Emirates for the next two years.

“When he signed with Egypt He told us what the federation was looking for: a coach with his characteristics, an offensive coach”, recalls José Ángel García Sanjuán, the Spanish coach who accompanied Javier Aguirre as assistant coach at the head of the Pharaohs.

The Basque will live two reunions in the Club World Cup. First, he will return to the place where he spent his vindication stage as a coach, in the United Arab Emirates, when he managed Al-Whahda. Also, he will face Al-Ahlythe most important team of Egypt and the one who knows the style and potential of his players.

Tito Sanjuán learned of the Basque from his time as a player in Osasuna and then as coach of the Navarro team, because the Spanish coach was born in that region. He arrived as Aguirre’s assistant because José Ángel worked at Toledo, then with great influence from Mexican players and managers.

“He took me as second coach, as his right hand, trusted. We barely knew each other, but the ugliness was immediate. He is a person who leaves a lot of room to work, he doesn’t restrict you at all, he lets you do it”, recalls the coach Spanish.

Aguirre he arrived in Cairo to immerse himself in the football of the Pharaohs. The 11 months he spent in charge of the African team were spent in the capital of Egypttogether with his three squires: Tito García San Juan, Javier Gurri and Pol Llorente, both of them now follow him during his time at the head of Monterey.

The assistant coach of Basque He remembers that every day the Egyptian league matches were divided, they visited the teams and, when necessary, they traveled to talk with the Egyptian soccer players who played in foreign leagues. According to the French magazine Baobab News, Javier Aguirre He was the highest paid coach on the African continent, with an annual contract of 1.4 million dollars and the commitment to the Egyptian Football Association was to implement a change in the style of play of the national team, a four-year project to reach the World Cup Qatar 2022 with a renewed squad and attacking football.

They were barely 12 games at the head of Egyptnine of them official, where The Basque and his coaching staff were able to implement the change. “Javier is a coach who has adapted a lot, but in Egypt yes it was something more offensive than it had been in previous stages. We got to play games, against Niger, in Cairo, with a 3-4-3, something that Javier had not used in previous stages”.

“We use the 4-3-3 a lot, we change the system a lot, because in Egypt they are used to playing 4-3-2-1, they had been for years and 95% of the teams in the Egyptian league play that system, they are very anchored, and with Javier, the federation asked him to try to play more offensive football, and he we achieved it above all in the qualifying phase for the African Cup, where we scored 15 goals for and three goals against”, indicates Tito García Sanjuán.

But the project Aguirre ended when they fell in the quarterfinals of the 2019 Africa Cup of Nations, in Egyptagainst South Africa. The Spanish coach reflects on the context of the tournament, due to the fact that they could not follow the renewal plan in the squad, which in the previous months had started with eight players who made their debut with the senior team.

The African Cup would take place in Cameroon, but due to the delay of works, the venue was changed to Egypt and, with it, the obligation to win and make a change in the call to face the tournament.

Although there were 12 games, Javier Aguirre holds in Egypt his highest effectiveness as a coach in the last 20 years, with 77.7% productivity.