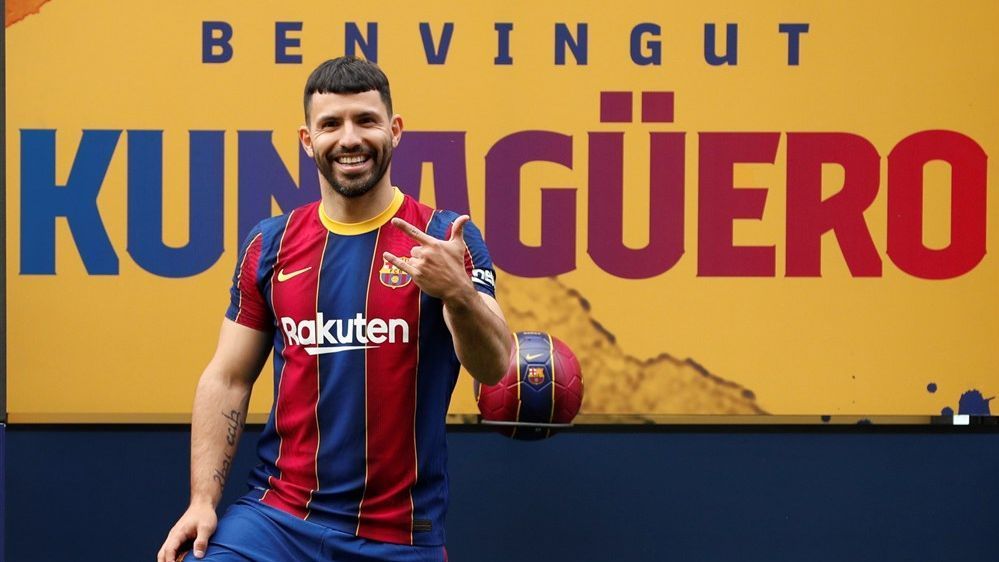 The word urgency has been installed in Barcelona on account of the registrations of their new signings, which two days before the limit to present the chips for the first day of the League still have not been discharged. The salary mass of the Barça club, after the departure of Leo Messi, remains at 95% of income when it can barely reach 75% to comply with LaLiga’s financial fair play regulations and the need to reduce is as pressing as it is understand, still, stagnant.

Memphis Depay, Emerson Royal, Èric García and Sergio Agüero are the players pending the negotiations that the Barça executives have with representatives of several of their wardrobe mates, either for agreeing on a necessary salary readjustment or for closing an exit, which is understood to be close in Pjanic’s case has not yet been solved.

ESPN Deportes learned from various sources that the club, with CEO Ferran Reverter at the helm and the direct collaboration of football director Mateu Alemany, has intensified conversations with the agents of the four captains (Busquets, Piqué, Sergi Roberto Y Jordi Alba) without for the moment a pact has been reached with either of them, although in the case of Piqué and Sergi Roberto they trust in a closer agreement than in that of their other two bracelet colleagues.

Other heavyweights of the squad, however, have not been claimed in this regard, as is the case with Antoine Griezmann, who has not received any kind of communication from the club to readjust his salary, while with Ousmane Dembélé the intention of closing a downward renewal, which would already influence the decrease in the wage bill, a close agreement is not contemplated.

The situation is not much more optimistic in terms of the players who are looking for a way out. Almost a week after an agreement with Pjanic to close his loan to Juventus was put on track, the case remains stranded. The Bosnian midfielder, who already knows first-hand that he is not part of Ronald Koeman’s plans, accepts his departure but is reluctant with the salary cut he would have at the Italian club, more than 20 percent, and his representatives claim that let Barça cover the difference, which would be estimated at around two million euros … which at the Camp Nou they are very reluctant to accept at the moment.

Less clear is the case of Samuel Umtiti, that having rejected the letter of freedom that Barcelona offered him, he is willing to keep up the pulse until he has a destination to his liking and that, in addition, allows him to maintain his economic status. Both Besiktas, who will participate in the Champions League, and Benfica, who will play the final playoffs, have shown their interest in the player through third parties, but his salary, above 11 million euros net per year, hinders any option. And, as in the case of Pjanic, Barça is reluctant to pay part of that salary to get rid of it.

Without any negotiation underway by Coutinho and paralyzed the case of Net, whom Koeman is reluctant to let go of because of Ter Stegen’s injury unless a sufficiently attractive offer comes along, Martin Braithwaite He is still in the orbit of the Premier, although Barcelona claims not to have received any firm offer for his transfer.

Two days is the deadline for the Barça club to release an undetermined amount but in any case greater than 35 million euros to unblock the registration of its new players and of all of them the case of Memphis Depay is the most worrying for the coach , not only because of his status as a crack in the squad but also because of the losses suffered by the team at the beginning of the season in front of him.

Marchado Messi, Agüero (not registered) and Dembélé will not be available until the end of October. Ansu Fati He is not expected until mid-September, which is why only Griezmann and the transferable Braithwaite are available, a situation so unprecedented in the club’s history as it is worrying and that causes that it is necessary to lay hold of the subsidiary team, with the young Yusuf demir in the foreground and the transferable King Manaj, which could have its chance before being traded at the end of the month.