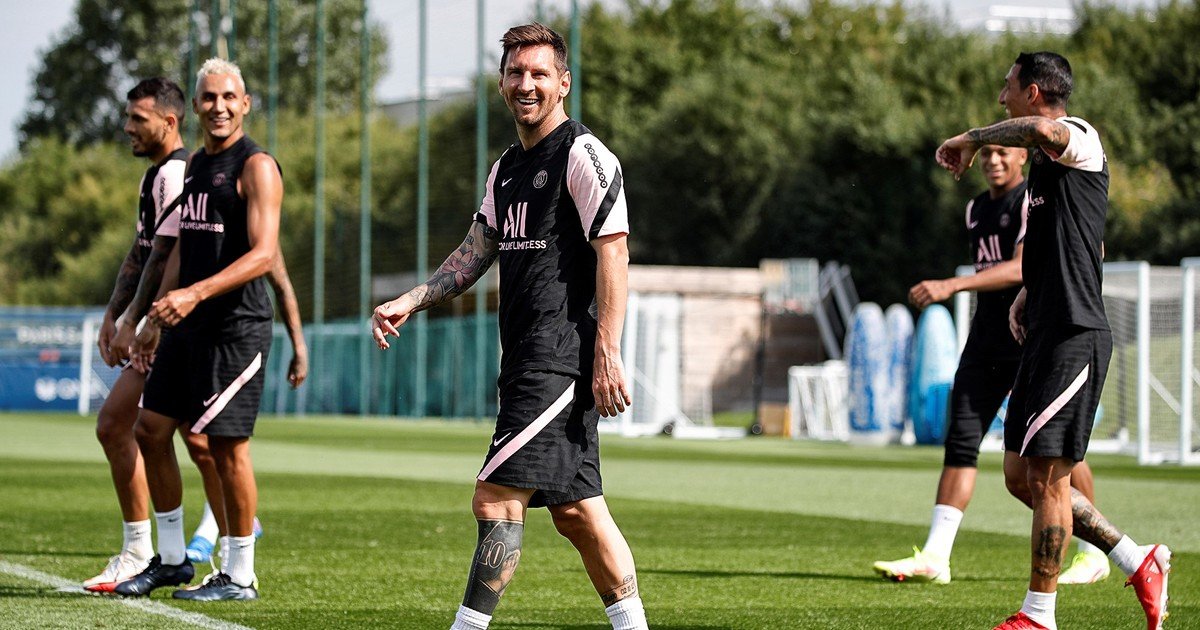 Paris lives days dreamed of with the arrival of Lionel messi. The arrival in the city, the official presentation, his new shirt, the meeting with his new teammates, everything is special in the summer of Paris saint germain. But it is also true for those who are within the club and live closely the day to day of the Argentine star, such as the 17-year-old Ismael gharbi, who had his first contact with Leo and immediately had a particular gesture.

“If you need something, I’m here”, said the youth in a shy Spanish but with the support of his coach, Mauricio Pochettino, watching their backs. Before Gharbi’s words, Messi did not hesitate to shake his hand and hug him while the DT expressed: “How great Ismael, he is a crack!“.

The French midfielder made his debut in the first team of the PSG as it debuted in the French Super Cup when its team lost 1-0 to Lille. Gharbi entered the field of play with 10 minutes remaining by Arnaud Kalimuendo but could not change the result.

“If you need something, I’m here,” said the youthful Ismael Gharbi, who lives the month dreamed of by every footballer: he made his PSG debut against Lille and now he met his new teammate, Leo Messi.

Ismael’s welcome, joins that of Sergio Ramos, one of its main rivals in the classics between Barcelona Y Real Madrid, which surprised when he offered him nothing less than his house in case Leo and his family did not adapt to hotel life, while he organized his affairs to start a new life in Paris with Antonela, Thiago, Mateo and Ciro. “If you and your family prefer to be in a house rather than in a hotel, they can stay in mine”, was the offer of the Spanish central defender. It is worth saying that, beyond the rivalry they had for years to belong to Barcelona and Real Madrid, the former Merengue always expressed his desire to play with Leo.

The world champion with the France selection in Russia 2018, Kylian MbappéHe also took time to talk a few words with Messi in the locker room. Y Carlos Bianchi recorded a video greeting the captain of the Argentina Selection and wishing you a great stay in the city.

Regarding his debut, Lionel Messi has just been training and in the press conference during his presentation he explained: “I don’t know when I will debut. I come from a vacation, unemployed for more than a month. Yesterday I just saw the coach and the entire coaching staff. . I do not know, I’ll surely have to do a preseason alone, start training well and when I’m ready start playing. “

Although nothing takes away his desire to play football: “Hopefully it will be as soon as possible because I want to play, I really want to, but I don’t know, I can’t say a date. As I train, how I feel and when the coaching staff decide that it is the moment, I will be there with a lot of desire “, closed Lionel Messi.