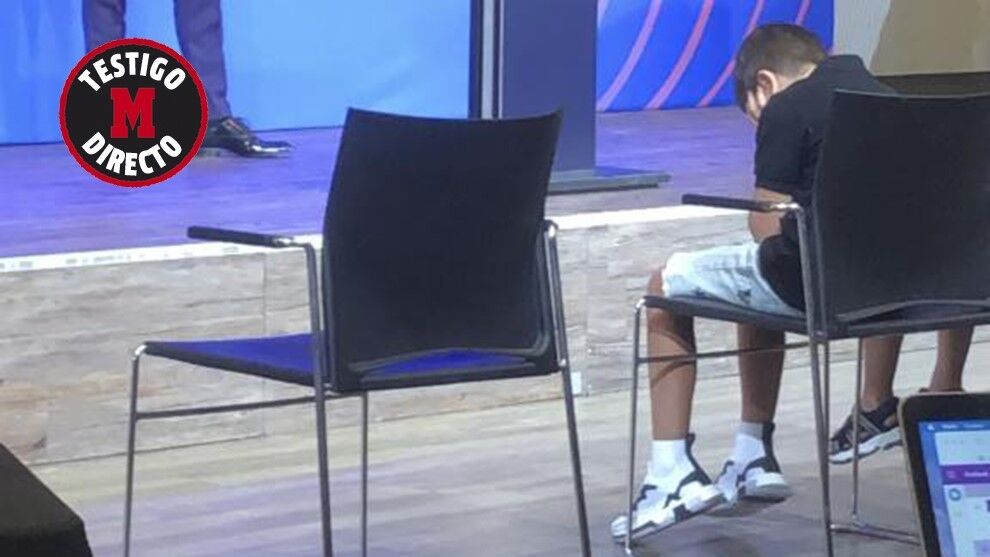 ORA servant became a sports journalist because it is the profession that allows me to bring together two passions: the desire to tell things and the love of sports. And this morning, what captivated me, surprised me, and what prompts me to write even more than the tears of Messi, His cordial and affectionate words, his astonishing records or the certainty of living a historic day was the tender behavior of his eldest son: Thiago.

The act of farewell will undoubtedly mark a before and after in the Bara; in football – it was only necessary to see the 35 titles in the room; in Messi; and in his family. The change of era is indisputable. But among all the numerous images of the morning in the Camp Nou, I keep the little one Thiago, the eldest son of Leo Messi.

His posture, his looks, his discomfort and his concern showed his pain for his father’s suffering. His father suffered and he suffered with him. Leo started to cry and he could not bear the scene: the little boy, sitting in the front row with his brothers and his mother, lowered his head and covered his ears. The room broke into applause and he was still sad, dejected. It took him a while to go back to attending to his father and what was happening in the auditorium. He is aware of who his parent is and what he represents, but also of his pain. Messi did not want to leave Bara. Thiago He did not want his father to suffer and leave, neither from the team nor from the city.

But the little MessiAt the end of the act and when he saw his father more animated, composed, relieved, embraced by those who until now have been his wardrobe mates and happily posing with the titles, he smiled again. He cheered up. His father starts a new stage, just like the Catalan club, and he with him.