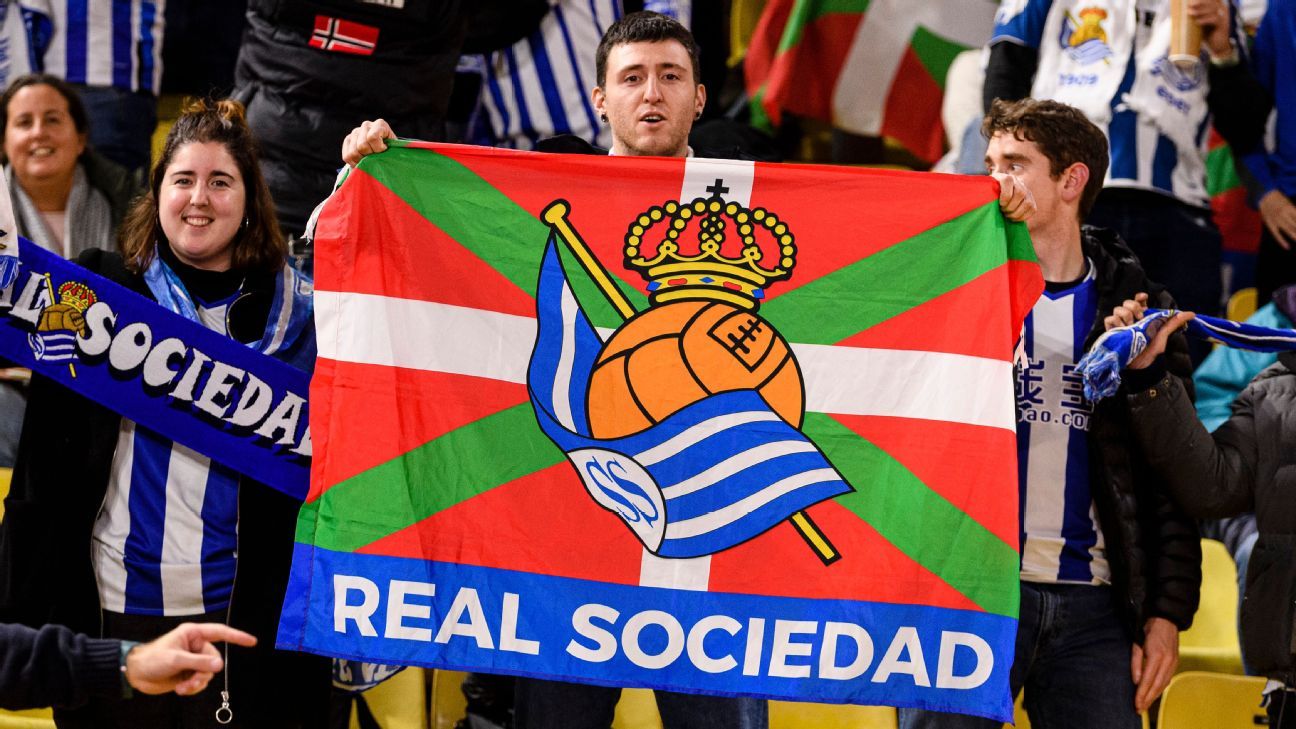 This Saturday, Real Madrid will face Real Sociedad as part of LaLiga Date 27. Some might call it the “Derby of the Royals”. Except it isn’t, of course: the Royal Society is based 200 miles north of the Spanish capital in the Basque Country, near the French border. However, this seems to be a good time to ask: Why are there so many clubs in Spanish football with the name “Real”?

In the Second Division, we find Real Valladolid, Real Oviedo, Real Zaragoza and Real Club Sporting de Gijón. Further down the pyramid we can see historical names such as Real Club Deportivo La Coruña and Real Racing Club de Santander in the third category, currently called Primera RFEF. Where do these clubs with the name “Royal” come from? How did they get their degrees? And can any club be “Royal” if they want to?

“La Real” is a good place to start. La Real Sociedad (eighth in the historical ranking of LaLiga, two-time champions in the early 1980s and more recently lifted the Copa del Rey in 2020) are based in the beautiful beach town of San Sebastián, where they are also known as the “Txuri-urdin” (“blue and white”) in the Basque language. By mere coincidence, a sponsorship contract with an insurance company changed the name of its Anoeta stadium, currently called Reale Arena.

“The club was officially founded on September 7, 1909,” Iñaki Mendoza, official historian of Real Sociedad, told ESPN. “Back then, it was called ‘Sociedad de Football’. The directors asked King Alfonso XIII to confer the title of ‘Royal'” on it.

“It was a matter of prestige. I imagine they asked for it because the royal family used to spend the summer here in San Sebastian.”

Alfonso XIII, who ruled Spain from his birth in 1886 until the declaration of the Second Republic in his country in 1931 that forced him into exile, had great intentions of linking the monarchy to soccer to take advantage of the growing popularity of that sporting discipline.

“By February 1910, we were given the title of ‘Royal,'” Mendoza said. “Later, Real Madrid received theirs, as did Espanyol. We were one of the first. It happened very quickly, in just six months.”

The first club to receive the title of “Royal” was Deportivo La Coruña in 1909. Real Sociedad received its royal decree (pictured) a year later. Espanyol joined them in 1912, Celta de Vigo and Real Betis in 1914 and Real Madrid in 1920. With so many clubs recognized by the crown, the Royal Spanish Football Federation (RFEF) was not going to be far behind.

“The RFEF was founded in 1913 and the King conferred the title of ‘Royal’ on it the same year,” said Pablo García Cuervo, director of communications for the Federation. “By then, several clubs had already received the title. The clubs gave the monarch the status of honorary member and in gratitude, the Royal House gave them the title of ‘Royal'”.

“It is the Crown that has the authority to grant the title, not the Federation. The RFEF recognizes the concession and applies it in its statutes, making the name change official.”

The turbulent Spanish history of the 20th century led to name changes in football clubs, as the political landscape changed.

“During the Second Republic, our name was changed to Donostia Football Club,” continues Mendoza, who is in charge of compiling the history of Real Sociedad. “That name lasted until the Civil War [1936-39], when the traditional name was recovered. Our fans have embraced the fact that the club is known as ‘La Real’. It is not something controversial. It has no political connotations, in my opinion.”

There are 23 clubs with the name “Real” in the top five categories of Spanish football, not including reserve teams such as Real Madrid Castilla or Real Sociedad B, which also compete within the league system in that country. The group includes the oldest team in the country: the Real Club Recreativo de Huelva, founded in 1889 and which last played in the First Division in the 2008-09 season. He currently plays in the fifth category.

Most clubs received their titles in the 1910s and 1920s. However, there is currently nothing to prevent a team from contacting the Royal House to request to be granted “Royal” status, as Club Deportivo Gara, based in the small town of Garachico on the island of Tenerife, demonstrated in 2012.

“The club has been around for many years and has a long history. It is famous on the island,” club president Pedro Martínez told ESPN. “Some ex-club players created a committee for our centenary and that’s how it all started, to try to make the club ‘Real’.”

As a result, Gara became the most recent team in Spain to bear the “Real” name, joining a group that includes the oldest club in the country and the most successful in the history of European competitions.

“It makes us feel immense pride,” says Martínez. “It was a long process, with a lot of paperwork. We are a small club. This year, we have three youth teams and one competing in the Regional [liga local no profesional de Tenerife]”.

From Real Madrid to Real Club Deportivo Gara, all of Spanish football is full of royalty. Just make sure you use the correct name.

As Mendoza puts it: “We are not ‘la Sociedad’. We are ‘la Real Sociedad’. That’s how they say it. That’s the name.”

By Royal Decree: The “Real” clubs of Spanish football (Between First and Fifth Division, 2021-22 season)