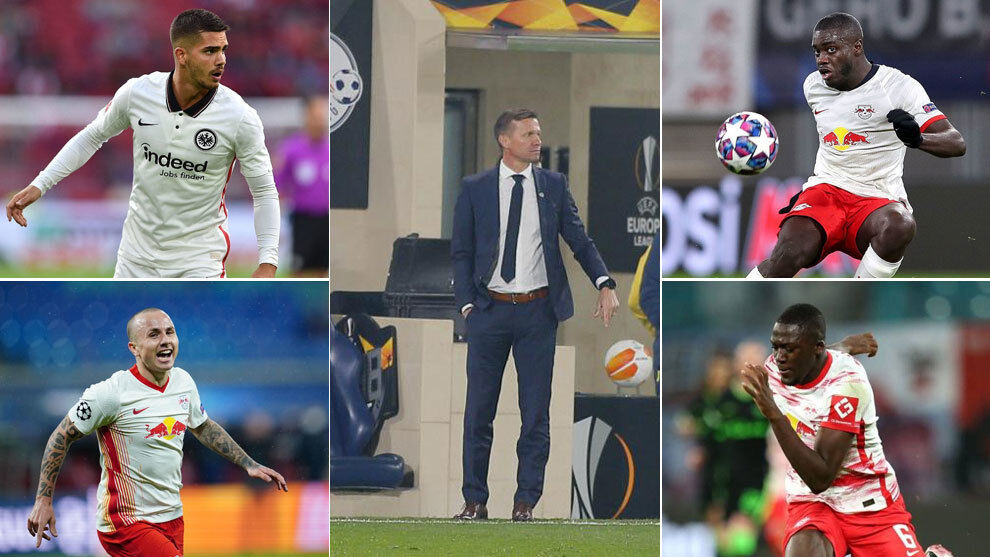 Ralf Rangnick has run out of wings. The RB Leipzig architect has signed on as Lokomotiv Moscow football manager. The one who was between 2012 and 2019 coach in several phases and sports director in others of a German club that helped lead from Fourth to the Champions League has dissociated himself from the Red Bull factory from which he controlled his teams in recent seasons. A low is

nsible for a project that does not stop reinventing itself.

Since they rose to the Bundesliga in 2016-17, purchases and sales have been substantial … taking a ‘slice’ of their incorporations.

They traded Keita for € 60 million to Liverpool when they bought him for € 29.75 from RB Salzburg. Werner finished for 53 at Chelsea … after squeezing his goals and signing him for 22.2 from Stuttgart.

And this summer they have multiplied their earnings with the departures of Upamecano to Bayern (42.5), Konaté to Liverpool (40) and Wolf (9.5) to Borussia Mönchengladbach. Income to which they add the 25 ‘kilos’ that the Bavarians paid them … for their coach Nagelsmann!

A transfer of record

in the world of benches. A revolution in its workforce, becoming those who have received the most money this summer.

. So I am sure that we will take the next step again. We continue to be ambitious and determined, “confessed Oliver Mintzlaff, global director of football at Red Bull. A few words with which he explained the roadmap of some ‘bulls’ that are dominating the market.

The 92 million that have entered from their sales have been spent in 91.62 in reinforcing their workforce

. No one has spent more this summer. They have made additions to all lines.

and which was only surpassed by Lewandowski (41). Defender Gvardiol (18.8 to Dinamo Zagreb) and the acquisition after his transfer of left-back Angeliño (18 to City) reinforce a rear that has also been added to central Simakan (15 to Strasbourg) and right-back Henrichs (15 to Monaco). They have more than covered the losses of Upamecano and Konaté. Clark (1.82 to Red Bull Salzurgo) is a bet for the future like Brobbey. The forward comes free from Ajax and is one of the biggest promises in European football.

If to the signings we add Szoboszlai and Laimer, who have not played this season, we are talking about more variants

. We are in a comfortable situation because we believe that we have improved the team … and we will improve it even more during the summer. Now we look to the future with new solutions. With the additions we will have a strong squad for the new campaign, “Mintzlaff warned. Injuries prevented the Hungarian winger (signed in winter) and the Austrian midfielder from having a leading role in 2020-21. Now, they join Sabitzer, Poulsen, Forsberg, Nkunku, Dani Olmo … in a deep squad that wants to fight for the Bundesliga with Bayern. Winning a title (they were Cup runners-up last season and 2018-19) is another challenge for a team that reached the semifinals of the Champions League in 2019-20 They will try it under the command of a coach from the Red Bull factory.

Our team is outstanding. We have a lot of good players and there is a good atmosphere. I fully believe in the potential, ability, talent and mindset of this group

Our team is outstanding. We have a lot of good players and there is a good atmosphere.

I fully believe in the potential, ability, talent and mindset of this group. It is my job to develop this team even further … and we will do it together. It’s the perfect place for me “,

. The American coach changed the Salzburg ‘franchise’ for Leipzig to replace Nagelsmann and continue a project that is familiar to him: he was Rangnick’s assistant in 2018-19 and knows the squad, the city, the facilities, the players … “Three years ago we developed a super team and we were very successful. Coming back is a source of pride and a challenge.” Everything stays at home.