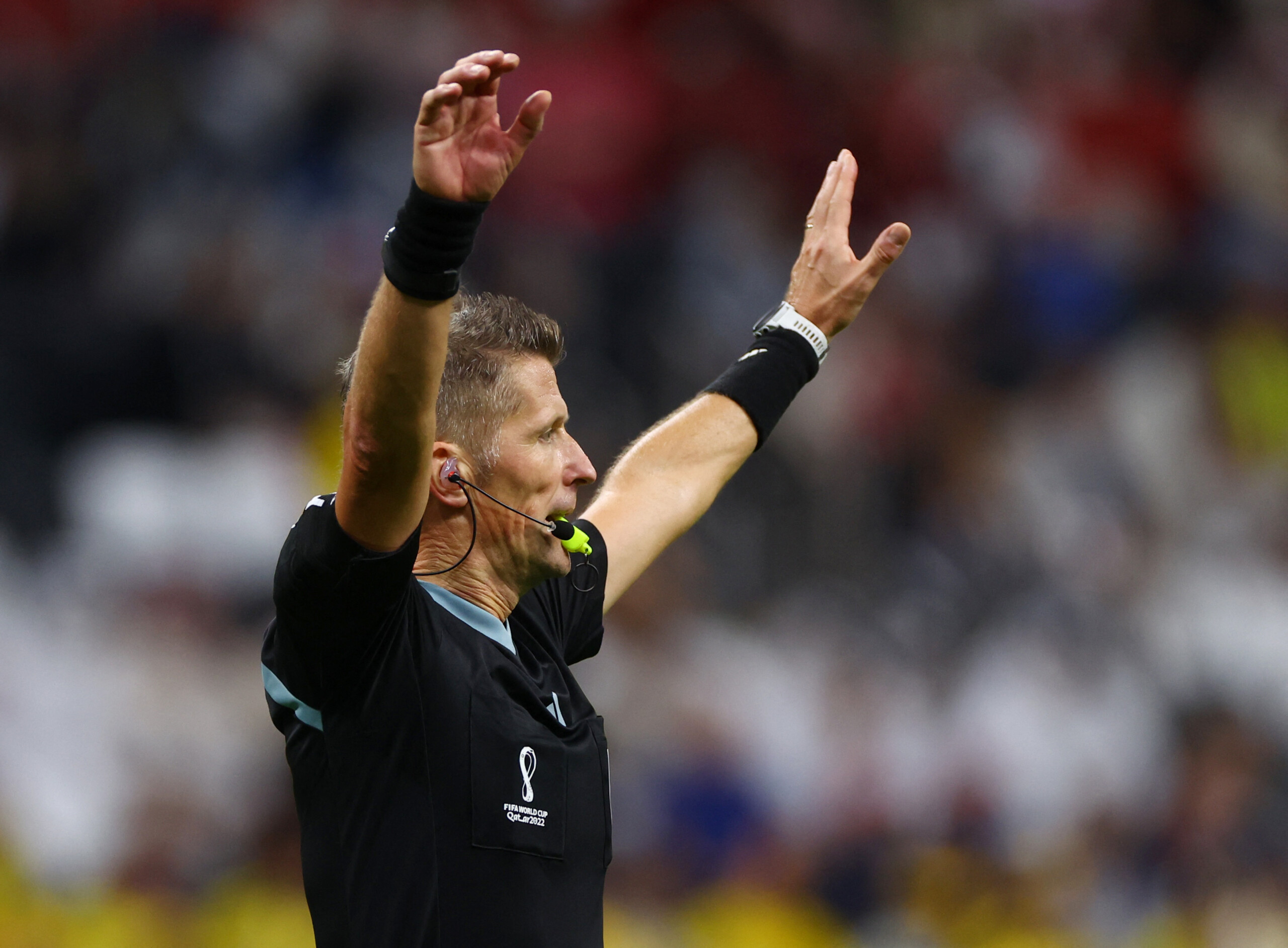 Who is Daniele Orsato, the referee who will lead the Argentine team against Mexico in the Qatar 2022 World Cup

Beforehand, the weather was thick. And not precisely because of the high temperature that was felt in Doha throughout the day, perhaps the hottest of the last week. Saudi fans walked around with shirts, flags and a smile on their faces since the 2-1 loss to Argentina. The Mexicans, expectant for the duel against the Albiceleste. And the faithful of the staggeredbetween the nervousness generated by the concrete chance of being left out of the World Cup and the intact faith to face the second round in Lusail, with a mission: to make themselves felt in the stands more than in the debut.

“They were never heard”, what happened that nobody sang?”, “A shame for the Argentine fans” were some of the comments that were written from all over Argentina to eyewitnesses of the World Cup premiere against the Arabs. And although the attitude of the fans changed radically, there are issues to clarify. A large part of the Argentine fans is made up of supporters of Bangladesh, Pakistan and India, for instance. For the most part, they attend the stadiums wearing imitation Argentine shirts, but they do not understand the language or join in the classic chants. But also, the Saudis were many more than the Argentines in Lusail, which had more than 88,000 spectators in total (today a record was broken in the World Cup with 88,966).

My only advice for Scaloni: healthy players who are able to endure 100 minutes of the game at the pace that the situation requires

The Argentina coach must decide the lineup that will face Mexico next Saturday, with the uncertainty of some names that are not in optimal conditions for the requirement of a World Cup

Added to the fact that the team did not broadcast much and that the World Cup audience is clearly not usually as fervent as the fans who attend Argentine stadiums every weekend to see their team, the cocktail was lethal. That’s why the national fans swore to be heard more than ever in the second match against Mexico and that’s it Since the previous banner, another type of atmosphere was generated. Today in Lusail the drums multiplied, a trumpet appeared and there was a commitment from the vast majority (especially those behind the arc where the National Team scored the goals) to support Lionel Scaloni’s boys.

The Mexicans barely got up two or three times during the first stage. The culminating point was with a free kick in favor that was well deactivated by the I drew Martínez when the ball asked for an angle. Though in some sectors of the stands things got rough, in general there was camaraderie and cordiality (even after the match, many took photos and even exchanged shirts). Argentina did not offer a good show in the initial stage and a song that had not been felt against Saudi Arabia, was replicated this time: “Move, Argentina, move; move, stop fucking around, these fans are crazy, we can’t lose today”.

Analysis of Mexico, Argentina’s second rival in the World Cup: how Tata Martino’s team plays, a criticized DT who appeals his parchments in Qatar

Although La Tri did not have a pleasant classification and drew against Poland in their debut, their historical weight in this tournament and the experience of the Argentine strategist are factors that feed their illusion of breaking with “the curse of the fifth game”.

The anguish persisted until the start of the second half, where Scaloni’s men showed a change of face and took a few meters ahead, showing themselves somewhat more aggressive. Messi had a free kick on the edge of the large area and before its execution, Lautaro Martinez he harangued the fans located behind the goal to encourage him. It was one of the greatest explosions due to the latent possibility of scoring and the exchange with the striker from Bahia.

The relief that generated the deadly left foot of Lionel Andres Messi shook the network defended by memo Ochoa and also the emotions of each of the Argentines present. The hourglass seemed like an hourglass, time was slipping away and the point against Mexico was not very useful for the National Team. But the 10th rubbed the lamp and silenced the mouths of those who claimed that he did not appear in the difficult ones (yes, incredibly there are those who fall for him at this point in his career when Argentina has no results!).

Although Mexico did not generate danger, there was a good time left for the match to end and Argentina had not liquidated it. A corner came in favor in which Rodrigo DePaulwho received some murmurs due to the number of lost balls, took the ball for the execution and went towards the fans in front of him: “Let’s go now the parrot shell!”. The headboard exploded again to the cry of “Let’s go, let’s go Selection, today I came to encourage you, to be champion, today you have to win”. The outburst did nothing more than paint the Argentine number 7 for what it is: one more fan on the pitch.

Enzo Fernández brought suffering to an end with an extraordinary conquest and history was sealed. Once again Argentina prevailed against Mexico in a World Cup event and, although this time it was not by direct elimination as in 2006 and 2010 (both in the round of 16), it left it on the brink of the abyss. Emboldened, the albiceleste fans let loose with a hurtful chant against their rivals on duty: “Come on, come on Argentina, come on, we are going to win, our children were born, our children will die”.

The happy ending had everything. A flurry of shirts, as in the best World Cup episodes, with soccer players and supporters united in the same song and gesture: “Every day I love you more, I’m Argentine, it’s a feeling, I can’t stop”. Enzo, excited. Di María, he threw the shirt into the stands. Leo Messi, partying as if it were his first World Cup. I drew, with his face transformed as if he wanted to jump over the billboards to hug each Argentine who was on the other side. After the players got lost in the tunnel on the way to the locker room (there they unleashed their own intimate celebration), thousands of Argentines remained in one of the stands for almost an hour raving about the 2-0 win. The security forces had to insist over and over again to get them to evacuate the sector.

Argentina had a rough time and still has another. This time, the public gave the present.

Images of the fight between Argentine and Mexican fans during the match played at the Lusail stadium
The bulletin of the key triumph of the Argentine team against Mexico: Messi in messiah mode and the decisive appearance of Enzo Fernández
Messi’s gesture after his goal against Mexico and the relief at the end: “We went back to being what we are”

The radical change of the fans, the insult of De Paul and the song against Mexico: what was not seen of Argentina’s triumph in the Qatar 2022 World Cup