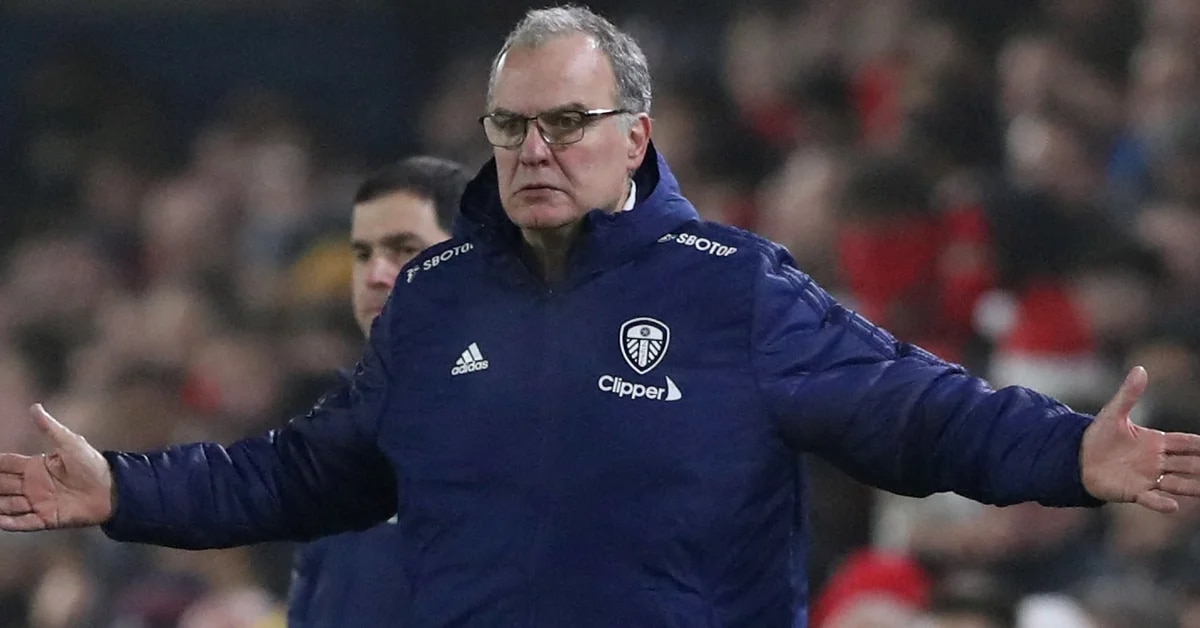 After being one of the great revelations on his return to the Premier League (he was one step away from qualifying for the European competitions), Marcelo Bielsa’s Leeds United does not find its way in the current season in England and wanders to the bottom of the leaderboard (five from falling into the relegation zone).

This time they fell 4 to 1 at home in the Elland road against Arsenal, which climbed to fourth place thanks to goals from Gabriel Martinelli (twice), Bukayo Saka and Emile Smith Rowe. The Brazilian Raphinha, of penal, discounted for those of Yorkshire.

Once the engagement was over, the technical director commiserated with the press, but there was a question that outraged the Mad. The Argentine strategist was consulted your opinion on a racist comment made by a Leeds United supporter towards someone from the London substitute bench.

Before listening to the end of the consultation, Bielsa interrupted his translator: “It’s a question… How incredible that you ask me this question? What can I answer you? Of course I am against any act of discrimination. It’s a question that at this point … How can I not be against segregation? “

It is worth remembering that a few days ago the former coach of the Argentine National Team and Chile maintained an interdict with another journalist after losing 7-0 to Manchester City. “Do you think there is a coach who cannot be dismissed, who is immovable? Do you think I’m so vain that I don’t think they can fire me? Do you think that after suffering a 7-0 loss I can rule out instability? Of course the job of a coach is not stable. I have nothing to make me immune to that feature. After losing 7-0 it is the situation that I have to live. In all these circumstances, all I can do is fight, ”he said.

Leeds United, after 18 presentations, appears in the sixteenth position, with only 16 units, the product of only three victories, seven draws and eight defeats. Eliminated from the League Cup in October at the hands of Arsenal, they now put all their guns to rebound in the local tournament. However, his next challenge will not be easy at all: on Sunday, December 26, he will visit Liverpool, the only escort of leader Manchester City.

Marcelo Bielsa’s answer to the most uncomfortable question: Are you afraid of being fired by Leeds?
Guardiola’s strong support for Bielsa after Manchester City’s historic 7-0 defeat of Leeds United
Profound self-criticism of Bielsa after the 0-7 against Manchester City: “We did not do anything right”

The question that angered Marcelo Bielsa after the defeat against Arsenal