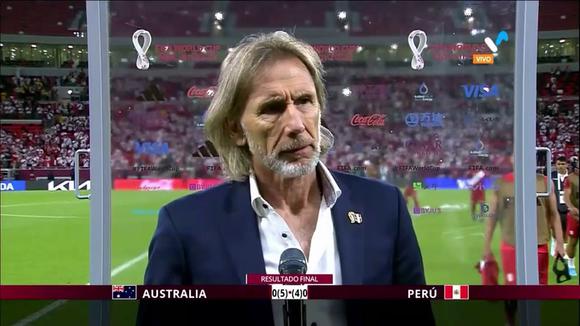 Like the waltzes, some sunsets and this roof that, like today, dawns painfully gray, Peru will sleep today with sadness. Peru and the selection, that group of soccer players who, until this Monday, had given the country the best afternoons in recent years. A World Cup, a Copa América final, a playoff fairly achieved. The only possibility of a hug, an exercise that is not customary. Hug each other to celebrate a goal, one of the many that happened in these 7 years of Gareca management and now, this June afternoon that will never end, hug each other to cure the sorrow.

LOOK: UnoxUno: this is how we saw the Peruvian team in the playoff that was defined by penalties

Peru was eliminated from the Qatar 2022 World Cup. It was a possibility. But not in this way, so last minute, so dramatic, with so much going for it. And it was lost, of course, before a rival who offered a fight, the same resistance that one imagined in the previous one: toughness, practicality and cold blood. Australia had in Aaron Mooi of the Shanghai Port of the Chinese Super League, the best footballer of the match. A man who controlled the middle and made them play slowly. Certainly. The Yotun of him.

Terrible first time. Absolutely contrary to what one imagines of the Peruvian game, the stamp that is talked about in the world: it cost him the exit with Tapia, hidden among the Australian trees, Gonzales and Peña always received from behind and the ghost of Yotún, absent due to injury , he was suffering in the middle of so much that he was missed. That was not Peru, at least the Peru of the last leg of the Qualifiers, before Australia. The team of fears had returned, without depth on the sides -Carrillo came only once from the right- and without options for a 9 -Lapadula- who spent 45 minutes watching the ball go by.

Ricardo Gareca on his permanence: “This is not the time to talk about that subject.” VIDEO: Movistar Sports.

To our midfield, so slow and imprecise, dedicated to the brand but empty of ideas and without a pass, perhaps the only national problem that matters to us soccer fans was added: what happens to Cueva when he is only Christian? Thrown to the left at the start, leaning to the right at some point in the complement, but always at the wrong time and in second, never in fifth, Cueva was never able to find his best version and from there, this fact is also explained: at 98 minutes of the game Peru’s first serious auction fell. The departure of him -cramped- ended with the ace that technicians like Gareca -administrator of poverty who gives him the local tournament- have. Without him, the miracle is difficult.

On penalties, again, terrible ours. We had the chance to win the shootout with Boyle’s missed penalty but Advíncula missed and Valera missed, Chiclayo’s number 9, whose promising career should not be tarnished by what happened this afternoon. He is going to be a crack outside, he is going to earn a lot of money and he will have revenge. If anyone knows about falling and getting up, it’s him. He is Peruvian, that is, a survivor.

Meanwhile, there is now an impossible mission for everyone: try to win back the hearts of the children, so happy dressed as Peruvians this afternoon, who today just learned that we -although it seemed impossible- are also losing. 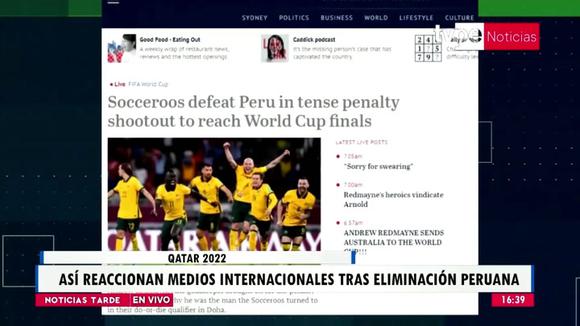 The Peruvian team and the saddest day in the world