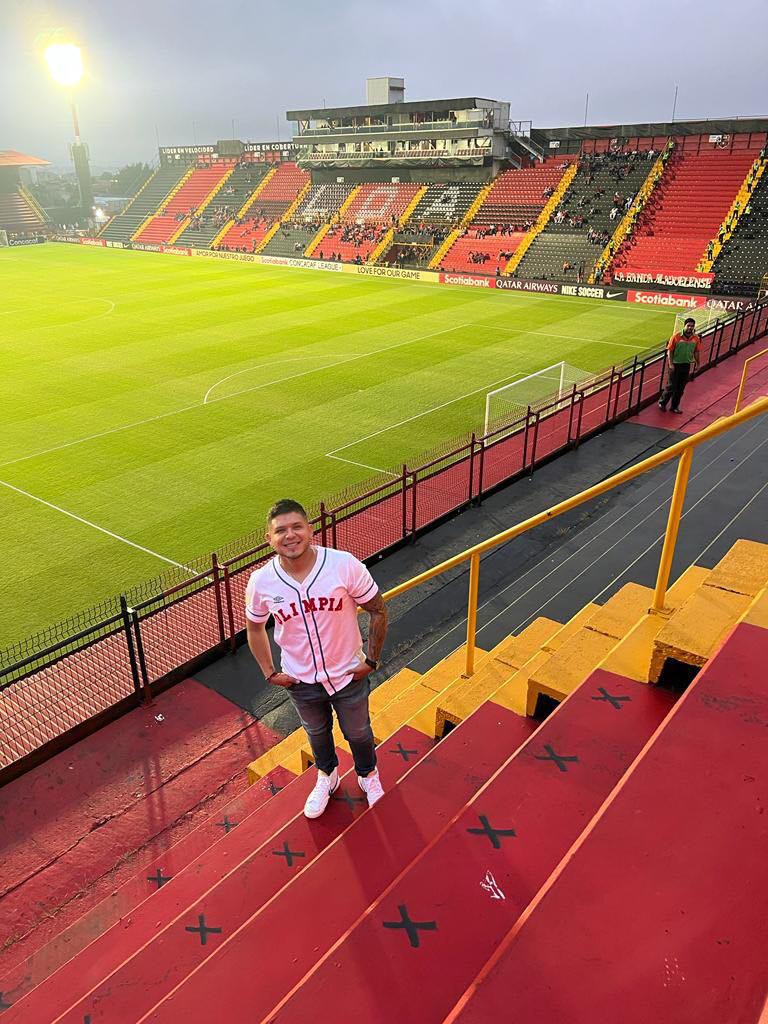 SEE MORE: The footballer who sells the most Alajuelense shirts

OLYMPIA CHAMPION! The match is over. The lions beat Alajuelense and are crowned champions of the Concacaf League competition.

90+6′ RED! Boniek García is expelled from the field of play.

90+3′ NOOOO! Michaell Chirinos had the goal of tranquility. He missed by himself in front of the frame.

87′ YELLOW! Gabriel Araujo is booked for celebrating the goal by taking off his shirt.

84′ Olimpia can’t get past midfield. The lions are handcuffed in the Morera Soto. Olimpia appeals to surprise.

80′ Uffff…. bombshell from Trinidadian Aubrey David but Menjívar dives to his right and avoids Alajuelense’s goal with his hands.

74′ Alajuelense being better in the game. Olimpia only takes care of the harassment of the Costa Ricans. The legs are staying.

69′ Ufff… header by Giancarlo González that passes by removing paint from the long post of Edrick Menjívar’s goal.

68′ José García attacks an Alajuelense player and he relaxes on the field of play.

66′ Alex López tried but his shot went wide. We are still 2-1 in the second leg and 4-4 on aggregate; We’d go into overtime.

63′ Arrival of the Ticos but González’s header is contained by the Olympic goalkeeper who quickly puts his team on attack.

61′ Decomposed shot by Carlos Mora that does not worry Edrick Menjívar, Olimpia goalkeeper.

57′ Olympia continues to defend herself. Alajuelense wants the go-ahead goal at Morera Soto.

53′ Alajuelense is coming. Celso Borges shines in midfield and fuels the handy team.

The second half started! Alajuelense goes with everything to turn the global and be crowned; Olimpia will also try to do her thing.

The first half is over: Alajuelense comes from below to equal Olimpia in the final. The game in the second leg is 2-1 in favor of the Costa Rican team but the aggregate is 4-4

Four. Five’ The Alajuelense cave is crazy… Olimpia let the overall tie and Troglio is furious in the technical area.

40′ ALAJUELENSE’S GOOOALLLL! Corner shot fell into the Tico area and Alexis Gamboa, with the complicity of Maylor Núñez, nailed it with a header to equalize Olimpia on aggregate.

39′ Alajuelense is excited. He furiously attacks Olimpia, which takes cover. They are better poa now.

26′ YELLOW! Jorge Benguché puts the iron on Aarón Suárez and is reprimanded.

25′ Bad clearance by Menjívar that compromises his lower zone and Pedro Troglio reprimands him drastically.

22′ Ball again that steps on Olympic ground. Edrick Menjívar controls it with close confidence. We continue 0-0 at Morera Soto.

18′ First shot to frame through Alajuelense. Free kick executed by Johan Venegas but it goes to the hands of Menjívar.

14′ Olympia cheers. Filtered pass to Brayan Moya, who was in an advanced position, but Leonel Moreira was very attentive and prevented the merengue player from advancing.

10′ Alajuelense maintains possession of the ball. He handles it but it doesn’t come through clearly.

7′ The ball hits the Olympic fiefdom but Edrick Menjívar controls the ball well.

5′ Very tight match in the middle of the field. There are still no danger arrivals at the two goals.

THE MATCH STARTED! Alajuelense and Olimpia are at stake at the Alejandro Morera Soto, a spectacular setting for fans. Olimpia feels the harassment of the colossus of Alajuela.

Who will be crowned in the Alejandro Morera Soto?

The teams come out onto the field. The amateur framework is impressive. A lot of fans and a lot of pyrotechnics.

Bryan Ruiz, the most applauded player of the night. The ’10’ of the rojinegros retires with the Alajuelense shirt playing a final.

The teams do their warm-ups. Alajuelense is encouraged by his fans, while Olimpia receives the whistles of the manudos in the cave of the hedgehogs.

A lot of Olympic fans are reported at Morera Soto. Honduran flags and merengue team jerseys are displayed.

Doryan Rodríguez, a young 19-year-old soccer player, starts in the second leg of the Grand Final.

Alex López will start watching the game from the bench. The Honduran midfielder already knows what it’s like to win this title with both clubs.

Pedro Troglio repeats the line-up of the first leg; he sat out German Mejía who missed the first game due to ejection. Jerry Bengtson and Boniek García, to the substitution.

Bryan Ruiz will play his last game with Alajuelense.

Olympias also entered the cave of the hedgehogs. All the protagonists are already inside.

Handy fans are making themselves felt at Morera Soto; It looks more and more full.

The referees, led by central defender Adonai Escobedo, arrive at the stadium. He also entered the local club, the Liga Alajuelense.

Olimpia is already mobilized for the Alejandro Morera Soto stadium, as is the team led by Fabián Coito.

Already the fans begin to enter the manudo stadium.

The gates of the Alejandro Morera Soto open at 4:40 in the afternoon.

Olimpia is going to be crowned in someone else’s fiefdom. Alajuelense, pushed by his fans, will try to give the blow to Pedro Troglio’s men.

Welcome to the minute by minute of Alajuelense – Olimpia from the Alejandro Morera Soto, which will wear one of its most impressive finery in recent years.

The only one who shows his face for Honduras! Olimpia buries Costa Rican supremacy and is crowned champion of the 2022 Concacaf League