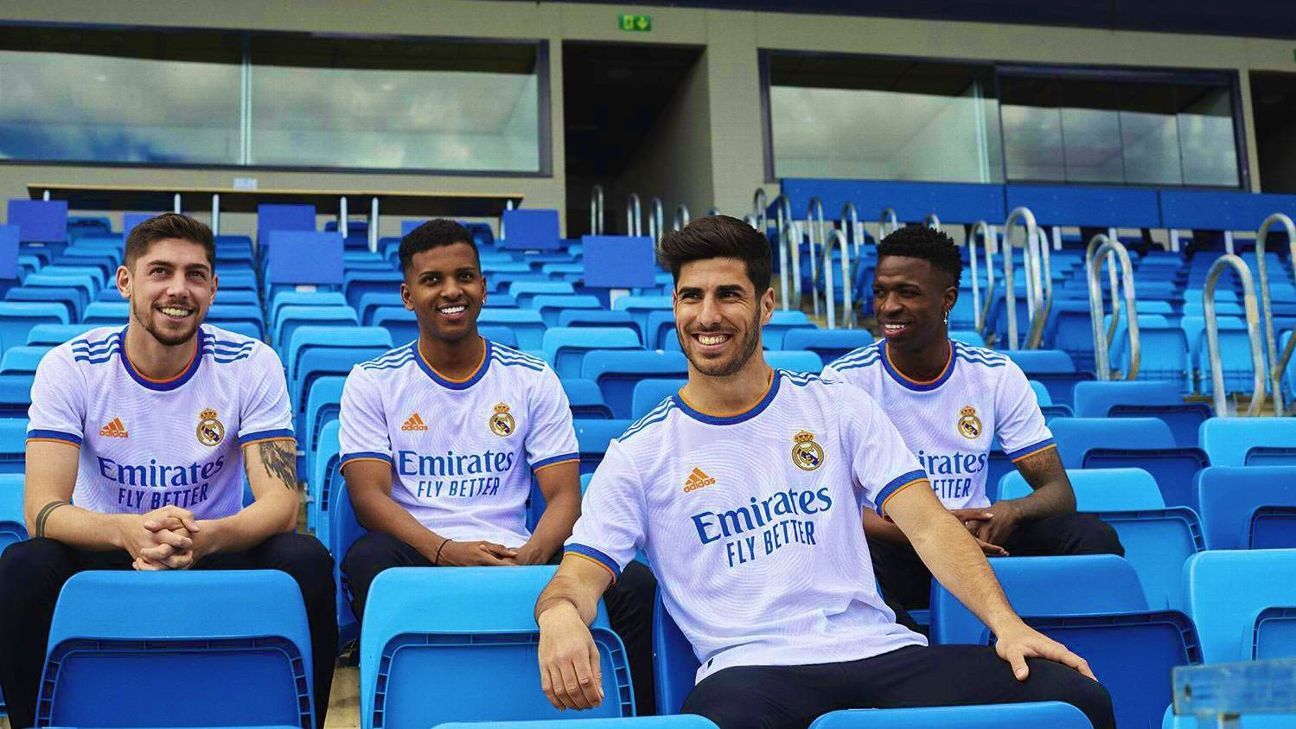 The main leagues of European football are one or two weeks away from their start, therefore, for a few days, several clubs have made the presentation of the uniforms that they will wear in the Season 2021-2022.

In some cases, teams have not yet released their first kit and have only publicly unveiled alternate kits.

Next, the new shirts some of the most important clubs in the Old Continent.

He unveiled his second uniform that will sport a purple design, a product of the mixture of blue and red, with which he makes clear his support for the fight for gender equality.

The shirt has a pastel color tone, very light and different from the darker purple, which was used during the 2016-17 season, and with a blue vertical stripe on the left side and a scarlet vertical stripe on the right side, incorporating in the lower edge is traced with the colors of the rainbow flag, symbolizing diversity.

Of course the dominant color is white and is accompanied by blue and orange. The design of the shirt features a spiral graphic inspired by the fountain in the Plaza de Cibeles.

The neck is round and its outline is accompanied by blue and orange. The three traditional lines of the sponsoring brand (Adidas) appear on the shoulders.

On the other hand, the club’s crest retains the official colors, the brand’s logo appears in gold and the ‘Emirates’ was painted blue. As for the shorts and socks, they are white, which will have blue numbers and new typography.

Manchester City unveiled the new home kit for the 2021/22 season and this is a tribute to Kun Agüero. The club pays tribute to the title won in 2012 in its new shirt. A title that reached minute 93:20.

The great novelty of the garment is the ‘V’ neck, and the side of the shirt has more conspicuous white piping in relation to the previous season’s uniform of the current Premier League Champions.

It featured a clean shirt, which has a subtle stripe pattern on the fabric and also features the new club sponsor, ‘TeamViewer’, while the ribbed collar and cuffs give the garment a retro touch.

The new ‘Red Devils’ skin is a clear tribute to the uniforms worn by the glorious 1960s team, which included club icons George Best, Sir Bobby Charlton and Denis Law.

The shirt is clearly inspired by some of the club’s greatest legends at the time.

Serie A champion Inter Milan presented its new shirt with a print that refers to the skin of a snake and the highlight of the garment is that it is made with 95 percent recycled materials.

The club’s sponsor, Nike, made a shirt in which blue dominates over black and in which the new Interista crest appears for the first time, a stylized and more minimalist version with respect to the previous logo, which, by the way , generated controversy among the fans of the team.

The German giant decided to leave behind his classic red tone and changed it to a more burnt one at the bottom that is covered up to the chest by horizontal lines that add dynamism to the shirt, which have a different reddish coloration.

At the front, the patronage and the shield were preserved, from which five stars stand out in gold, making the design look combined and elegant.

Paris Saint-Germain unveiled its alternative uniform, which uses pink and white colors, maintains its line to the center, but now in black. According to the club, the design represents postmodern architecture from the 70s and pays homage to ‘Greater Paris’.

Both the team crest and the sponsorship retain their place. Sergio Ramos and Achraf Hakimi, two of the team’s signings, already wore the outfit for the promo in which you can also see Neymar, Verratti and the star who has not yet renewed his contract, Kylian Mbappé.

Through Twitter, PSG announced that the shirt will be on sale as a limited edition.

PSV launched a ‘classic’ jersey with a crest and vintage numbers. The garment is extremely elegant.

For its part, the Porto of the Mexican Jesús ‘Tecatito’ Corona, presented the third shirt of the Dragons, which is in a navy blue color and with details of the same blue, but darker.

As for the first uniform, it did not have any innovation, as it respected the traditional white and blue.