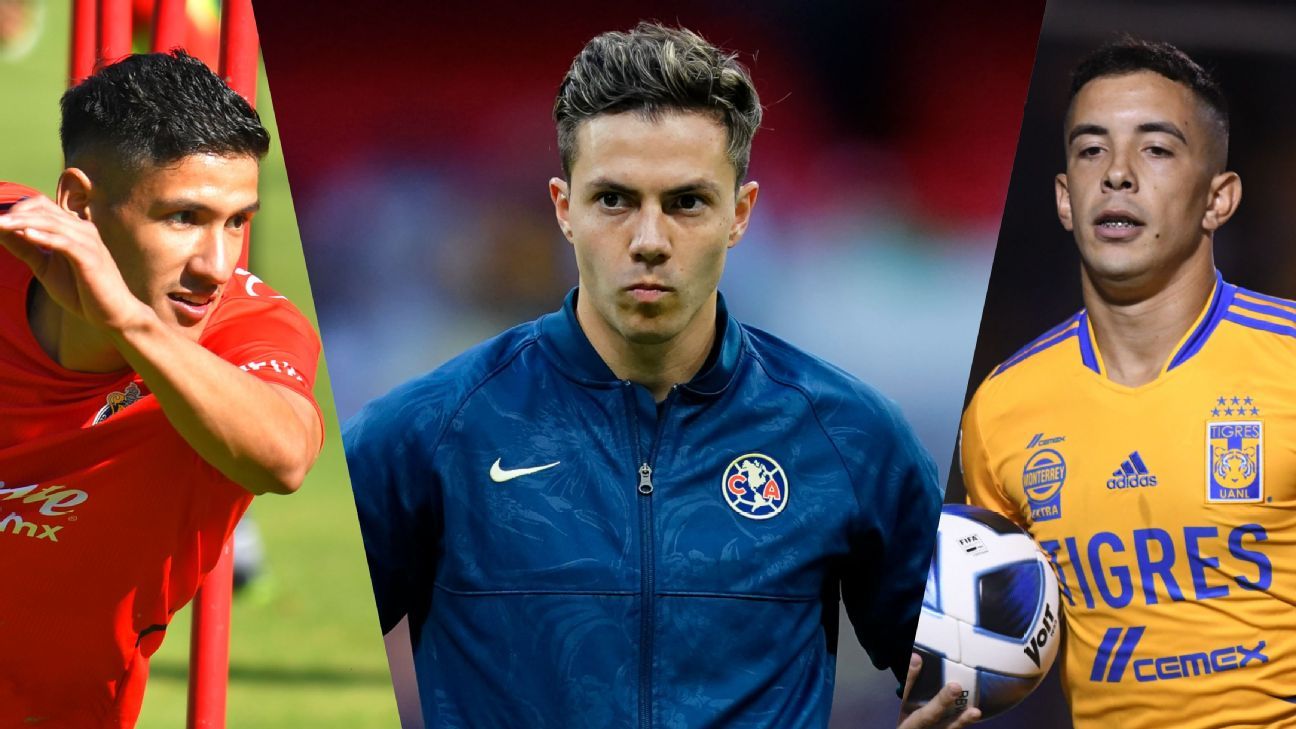 The Opening 2021 came to an end and the transfer market It does not stop moving, but there are elements that, despite the rumors, are not yet official reinforcements of any team, but that are the object of desire of many clubs in the MX League, because their quality is undeniable and they can provide that ‘something’ to enhance a squad.

Next, in ESPN Digital we present you the names of the most desired players in this winter market facing the Closing 2022.

Although his arrival at Atlético San Luis seems imminent, it is not yet confirmed and the 37-year-old midfielder proved to be one of the best in his position. Last season he was with Toluca and he was key in the good performance of the team and even getting him into the playoffs.

Now, with the arrival of a new coaching staff to the Devils, ‘Sambu’ had to find accommodation and it is one of the most important cards on the market, as several teams approached their agent to find out their financial claims.

The Uruguayan dazzled when he arrived in Mexico. His letter belongs to Tigres, but it was with Toluca when it shone. After a good tournament, he returned to the felines and that is where he has not been able to get his potential, so now he is looking for accommodation in another institution and, without a doubt, Toluca is one of the most interested in ‘repatriating’ him.

The ‘Brujo’ is one of the most important players in Chivas; However, the board is looking for a way out and has already started conversations with the teams that can pay his salary, which is not cheap. America was the first interested party and a swap with Sebastián Córdova was proposed; however, the negotiation stalled and Cruz Azul stepped in.

The Machine would give Roberto Alvarado for the services of Antuna, who would also arrive with the left back Alejandro mayorga.


The number ’10’ of the azulcrema box did not have the desired season. Some versions suggested that the Mexican youth had personal situations that did not lead him to have his best sports performance, but the reality is that he does not enter into Santiago Solari’s plans and now they are looking for an accommodation. Although it was already arranged with Chivas, Antuna did not reach a halfway point with the Eagles and the trade was frozen.

Although its usual market is not the Liga MX, By being released from the LA Galaxy and becoming a free agent, the midfielder can move to one of the national clubs to further his career. The only thing that can stop his arrival is the high salary that he managed in the MLS and that in Mexico not all clubs can afford it, so the options are reduced.

The ‘Egg’ has a contract with Santos until 2023, but injuries have not allowed him to shine in the Guerrero squad, which is now commanded by Pedro Caixinha. The Portuguese helmsman could give the Uruguayan a new opportunity, but he is a forward who has very good characteristics and if he does not fit in with Santos, there will be someone who will make offers for him.

Christian Tabó is being sought by two teams: Monterrey and Cruz Azul, and the latter apparently will end up signing him. ESPN was able to confirm that the Puebla player is close to reaching La Maquina, who has been targeting the attacker for a year.

The most desired players in the Liga MX transfer market