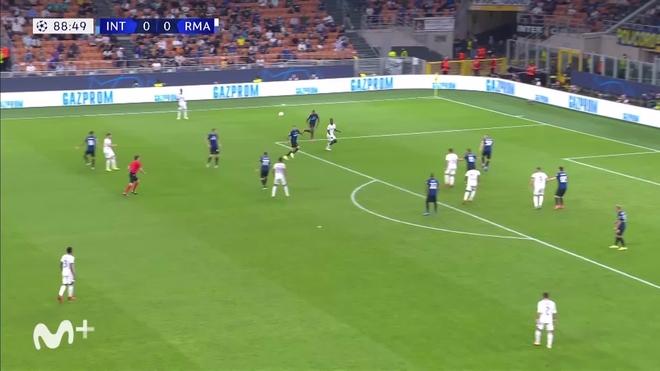 Lor better that soccer has is that they don’t need to explain it to you. If you have never seen it and you sit in front of a game, you have to be very distracted to not understand the spirit of the game in five or ten minutes. But football is also an addiction and every time you want to know more, understand the whys, the schemes, the changes, the dialogues, the camera shots. And the best way to learn is to listen to those who know the most, who are usually the trainers. There are some who manage very well but do not know how to explain it. There are who talk about documentary but when they go from the script to the scene they disappear. And then there is Carlo Ancelotti, who should be asked for a realization of the matches with real-time director commentary.

If we imagine a splitting of his body, a double personality in which Ancelotti is the coach and Carlo the person, we can understand how the Italian explains before and after the games the decisions of his alter ego on the bench. The reading he has made of the meeting, what he has planned, what he has executed. That in the last matches is a lot and successful. The team’s recent triumphs are born in your interventions on the go, the same ones that once the game is over he dissects in front of a microphone. This is Ancelotti, explained by Carlo.

This is the lesson of Mestalla. Ignoring the first change, from Lucas by Carvajal Due to the injury of the starting side, Ancelotti’s first movement of pieces occurs immediately after the goal of Hugo Duro. “We have not defended well, we have not had aggressiveness, always back, back, back … And this happens, they put a ball at you and score you.” But despite reading about his team’s work in the rear, he saw a silver lining.

“The wear of Valencia was very high, I put freshness on the field and we gained control of the game.” Freshness his name is Camavinga, his name is Rodrygo. The two entrances, which took from the field two footballers with a gallon sewn to the sleeve, Casemiro and Modric, they changed the game. Because they contributed what Madrid was lacking. Freshness, intentionality. Since they stepped onto the pitch, the team dominated, owned the ball and locked Valencia in their area. He shook the tree and two fruits and three points fell.

“I thought about putting Hazard in, but …”

It was one of the images of the match against Inter, the most talked about after the triumph in Milan. Carletto warmed up Hazard, send to Isco tell Camavinga to sit down, then decided not to take either of them out and ended up betting on Camavinga and Rodrygo to revolutionize the party (then he would enter Asensio at 90 ‘) just after 0-1.

Where another would have pulled the suspicion of the profession, not wanting to explain their decisions, and increasing to the category of jaleo what was nothing more than a simple mess, Ancelotti was transparent. “I thought about putting Hazard in the second part, but Inter closed the center very hard and I wanted to open the game from the outsideThat’s why I put Rodrygo in. “And it worked.

“It is not important how many minutes he plays, but how he plays them”

Precisely with Rodrygo, the scorer in Milan, wrote another lesson. The Brazilian does not have many opportunities, but Ancelotti gave him almost half an hour in the Champions League. And while the player, as would happen to almost everyone, his eyes went to the scoreboard to study how many minutes he was going to enjoy, Carletto taught him in the band. When at a press conference they asked him about those words he said in Rodrygo’s ear just before leaving, he revealed: “That it is not important how many minutes you are going to play, but how you are going to play them“.

“Nacho is a pessimistic defender”

Another of Carletto’s teachings so far this season was his definition of Nacho. To praise the performance of the center-back in the game against Alavés, Ancelotti could not think of anything else than to call him pessimistic, a word that surprised in the drawer of praise like a kiwi in the bowl of chocolates. But explained, it is a brilliant definition: “He is a player who has the ability to be focused for 90 minutes. I always say that there are two types of defenses, pessimists and optimists.. And he is a pessimistic defender, because he always thinks that something bad can happen and that is why he is always focused for 90 minutes. “

Lesson to Vini: “It is difficult to score with four or five touches”

There are actors who, when they are under the baton of a specific director, shine more. And that is happening to Vinicius. Ancelotti has given the Brazilian the confidence and calm necessary to exploit all his virtues without feeling continuously scrutinized for his shortcomings. And his advice is paying off. Vini carries five goals in five league games following Carletto’s recipe. “I have told him that to score goals he has to give a touch or two, it is difficult to score with four or five touches,” he said at the beginning of the season. He is listening to you.

The performance of the Brazilian is being surprising. Overperforming what an analytical report in an office would say. “To put the equipment on your back there are many options: personality, character, charisma or quality. Vinicius is a young player and now he can be a leader because of his quality, but when he is older it will also be because of his experience“The player who is Vinicius in the future will have a lot to blame Ancelotti and his lessons.