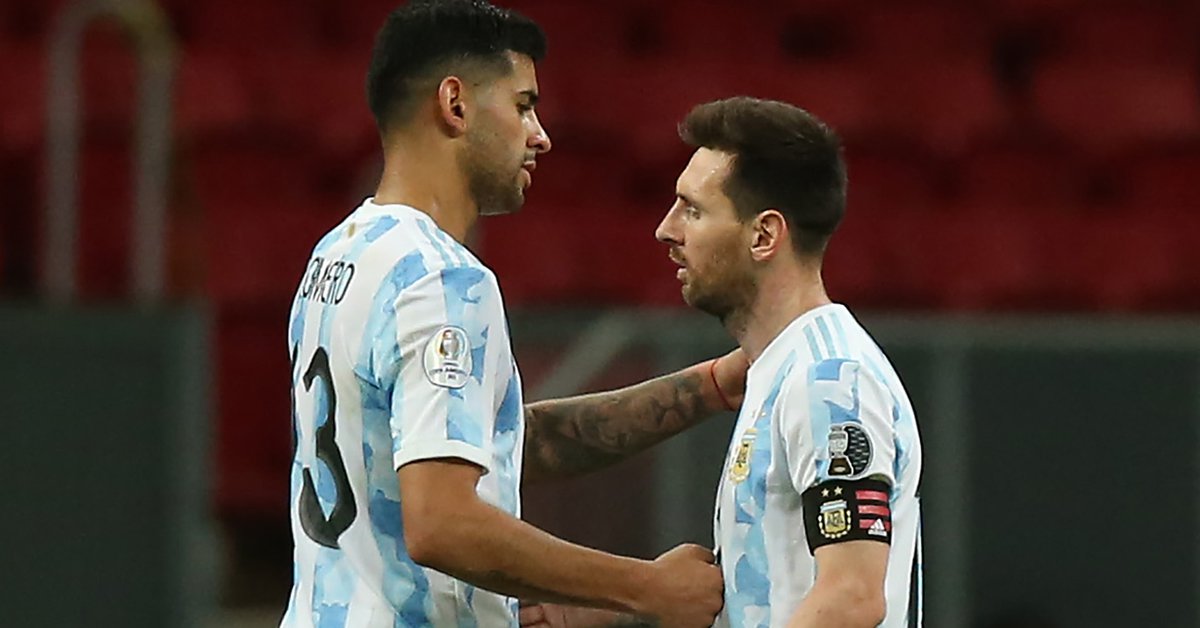 Barcelona live the end of an era: Lionel messi He will not continue in the club that received him two decades ago and his future in world football is a real unknown. Although the main obstacle to the formalization of a new contract between the parties was in the “Economic and structural obstacles” imposed by the Spanish League, there is also a variable related to the training of the new staff.

One of the conditions that Leo had set to continue in the Blaugrana was related to hiring names that could fuel poor team performance, that although he had him as the top scorer of the tournament with 30 annotations, he was far from fighting for the title that Atlético Madrid won. According to the Catalan newspaper Sports world, that closely follows the entity’s day-to-day life, one of the keys to the “slowdown” in the negotiations was in the Truncated talks to hire Argentine defender Cristian Romero.

The journalist Pablo Planas affirmed this in an article titled “The non-signing of Romero, key in Messi’s braking”. There he reports that the flea had asked to sign the central marker of the Atalanta from Italy, which had a brilliant breakthrough in recent months with the Argentine team.

Cuti Romero was one of the footballers that Messi wanted to strengthen the club (Photo: Reuters)

Romero has barely 23 years and since its debut in Belgrano of Córdoba In 2016 he had a vertiginous rise that even allowed him to settle as a starter in the team that was crowned champion of the Copa América. Genoa bought it in almost $ 3 million for 2018/19 season and later Juventus put 26 million dollars time later to acquire it, although he never made his debut in that club and ended up standing out during his loans in the Atalanta.

After being chosen the best defender in Serie A, various clubs laid their eyes on him and the Barcelona was one of them. However the way of Cuti Romero is pushing him towards Tottenham in England and that, according to Planas, would be one of the obstacles for Messi to continue in the Blaugrana.

“One of the reasons why the negotiations have gone into a tailspin has been the non-signing of Cristian Romero”, highlighted the journalist, who affirmed that the Argentine was “An express express request from Messi” and that this “It has been a very big but for the Argentine in relation to the negotiations”.

The information indicates that the Barça put on the table an offer of 40 million for his pass, plus another 10 additional. However, the rumors are getting stronger in relation to a landing in the Premier League to sign for Tottenham, who would pay about 50 million euros to make him the most expensive Argentine defender in history.

Beyond this focus on Romero, the reality is that the transfer market of the entity chaired by Joan Laporta was not what was expected. So far, they have announced three signings of free players as they are Eric Garcia, Sergio Aguero Y Memphis Depay, plus the low-cost hiring of the defender Emerson Royal. Regardless of the Cuti, the hope of forming a competitive team does not seem to be fulfilled with these signings.

In the midst of all this situation, already more than a month of being with the pass in his possession, Barcelona confirmed that they will not make a new link with Messi hiding behind the directives of La Liga de España. “Despite having reached an agreement between FC Barcelona and Leo Messi and with the clear intention of both parties to sign a new contract today, It cannot be formalized due to economic and structural obstacles (Spanish La Liga regulations). In this situation, Lionel Messi will not continue linked to FC Barcelona. Both parties deeply regret that the wishes of both the player and the Club cannot finally be fulfilled ”, they said from the entity.