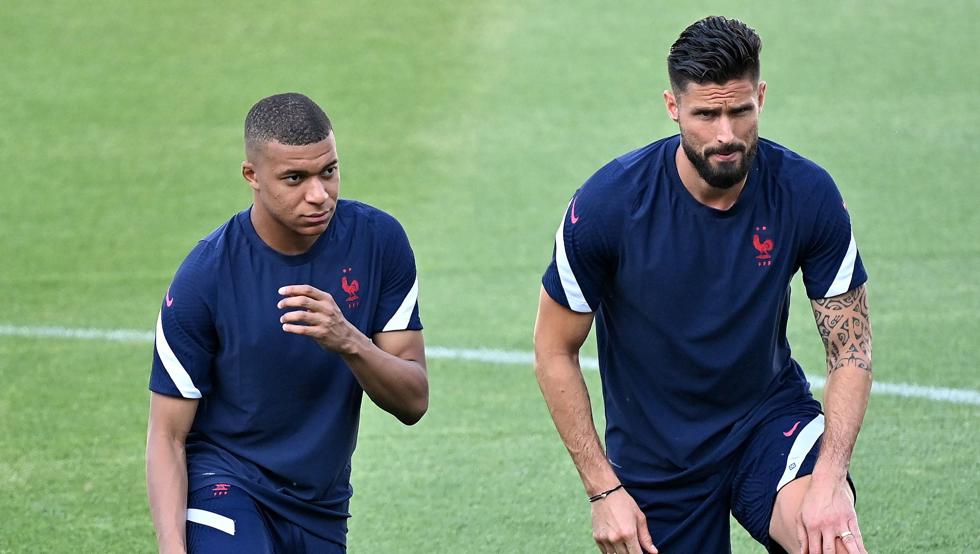 The early elimination of France in the Eurocup has put the discovered
tensions
internal, as reported this Wednesday by the French press, which points to disagreements
personal in the locker room already friction between the families of the players.

The RMC channel was the first to report a discussion between mother from Adrien
Rabiot and the families of Paul
Pogba Y Kylian
Mbappe, in the stands of the Burcharest stadium, where the world champion lost in the round of 16 to Switzerland on penalties.

It points out that the call for Karim
Benzema was not the trigger for the bad environment, as some presaged, and it was, for example, the touch Come in Mbappe Y Giroud in the friendly against Bulgaria before the Euro.

Giroud
accused veiled to the young forward not to pass the ball to him. Mbappe He responded a few days later at a press conference and acknowledged that he was hurt by the words of his partner, whom he reproached for having gone to the press to express his complaints, rather than talking to him. This incident divided somehow to players, which were positioned on one side or the other.

The group was also affected by injury during the tournament, especially that of Ousmane
Dembélé, who left the concentration after the second game against Hungary (1-1), due to an ailment that will force him to undergo surgery and a four-month break.

Dembélé’s absence left the group without one of the figures that most unite within the wardrobe due to their jovial character. Antoine
Griezmann, his partner in Barcelona, ​​especially felt the march of the extreme.

Precisely the management physical from the players in the selection has been questioned. Lucas Digne and Lucas Hernández registered physical problems and left the left back without a specialist.

Finally, it did not sit well either, it is noted, in the group the restrictions imposed in relation to visits
relatives.

This information is in addition to that of the RMC channel, which suggested that the mother from Rabiot, Veronique, reproached those close to Pogba for why the player had lost the ball that led to a tie for three of the Swiss, in the 90th minute.

Veronique, who has a reputation for ruthlessness in managing the career of her son Adrien Rabiot, also reproached the Mbappe for him failure of the striker in the penalty which condemned France.

The images of the dispute in the seating area reserved for relatives they have gone around France.

Although the elimination in the round of 16 has been the biggest disappointment “bleu” in a decade, “L’Equipe” points out that probably Deschamps
follow until his contract ends at the end of the 2022 World Cup. The president of the French Football Federation (FFF), Noel Le Graet, has already announced that he has to sit down and talk with the coach.