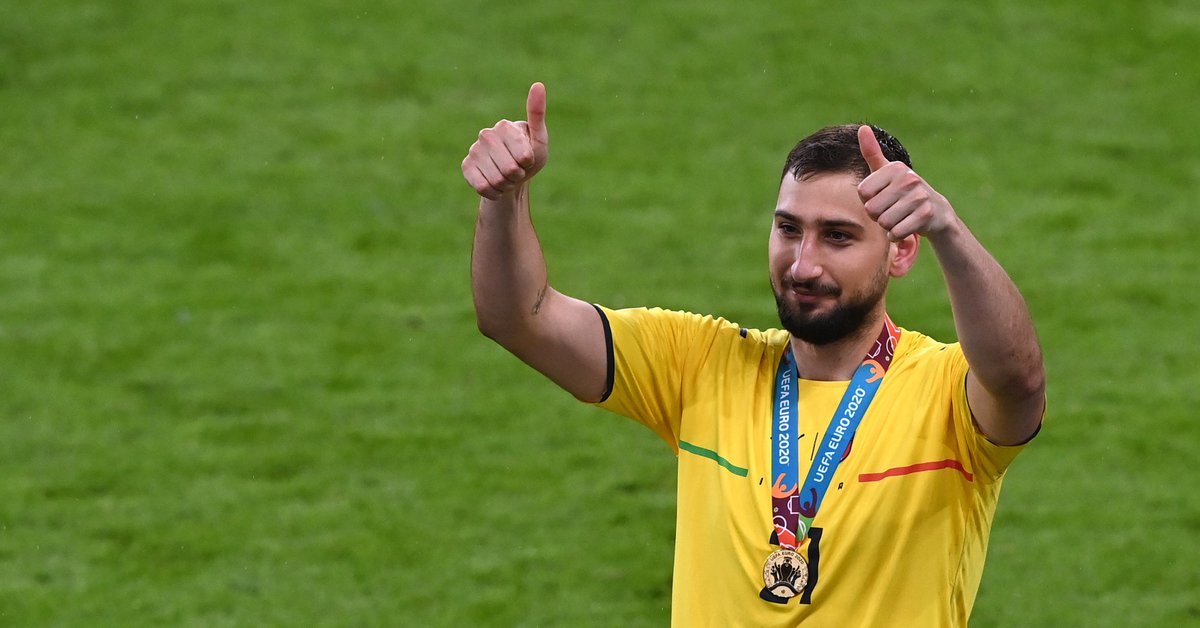 This was the penalty shootout between Italy and England

Italy conquered the Eurocup for the second time in its history by defeating England on a penalty shootout after the match ended 1-1 after extra time. Gianluigi Donnarumma he lunged to his left to save the decisive penalty, executed by Bukayo Saka, and declared the end of the match at Wembley, depriving the host team of celebrating the title they still cannot win.

One of the most curious images of the grand finale was seen just when The Italian goalkeeper blocked the 19-year-old Briton’s shot and didn’t even celebrate. As his teammates ran towards him, the official broadcast cameras focused on him in an almost unchanging posture, unusual for someone who had just been crowned. Two days after that achievement, the former Milan player explained the reason for his reaction.

“I did not celebrate the penalty because I did not realize that we had won,” he condemned in dialogue with Sky Sports Italy. Even Donnarumma acknowledged that in the previous shot, when his partner Jorginho missed, he believed that everything was over: “I thought we had lost, but instead I had to carry on.”

Donnaruma was chosen as the best player of the Eurocup (Reuters)

Although it is true that it is not usual for a team to miss three and another two in the first five penalties, it is difficult to understand that a professional like him has not been able to keep score. Apparently his nerves confused him. “Now, with VAR, they always look at your feet because you can’t be in front of the line, so I turned to the referee to see if everything was okay. Then I saw my teammates coming towards me and it all started from there. I did not understand anything!”.

Obviously, after realizing that his cover had consecrated his team, he embraced with the rest of the players and began a series of celebrations that began on the field of play and culminated on Monday in a bus tour of the entire campus through the streets of Rome with thousands of people.

Donnarumma, who also covered a shot to Jadon Sancho in the shoot, was named as the Player of the Tournament this being the second time that an archer receives the award. The previous one had been Peter Schmeichel, Denmark’s key player in the 1992 title.

The former Milan goalkeeper is a free agent at the moment as he ended his contract with the Italian side in the middle of the European Championship and has yet to join any team. Everything seems to indicate that He will be the reinforcement of Paris Saint-Germain (PSG) where he will arrive to fight for the position with the Costa Rican Keylor Navas and will share a dressing room with stars such as Kylian Mbappé, Neymar and Sergio Ramos, among others.

Gianluigi Donnarumma, the hero of Italy and the Eurocup MVP who today has no club: the peculiarity of his “spiked” gloves
“Kiricocho”: the bilardista tactic of the captain of Italy in penalties against England that is all the rage
Disgusting attitude of English fans after the defeat: they left Wembley before the award ceremony and ambushed Italian fans
One dead and several injured in Italy during the Eurocup festivities: falls, explosions and a shocking crash