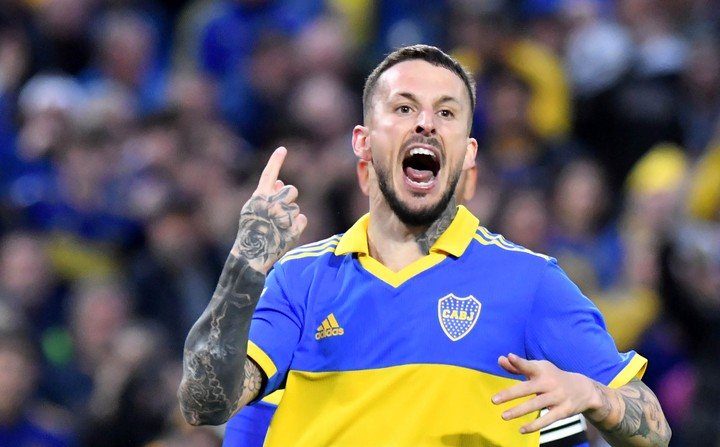 “It was today, if it wasn’t today it was never again, I resigned myself. I’m very happy individually, but above all collectively. We played a very complete game, we managed 85 minutes of the game. This is the path we have to follow : all together”. Great relief for Pipa Benedetto. For the goal in the classic, for his celebration, for the victory. Because of the goalscoring drought that came to an end. For all.

Very cheerful, continuing his speech, he added: “The streak didn’t weigh me down, I’m very happy to have the Boca shirt on, very grateful to the people for their love even without scoring goals. I only have words of thanks for them. I had to go out for them, for my family, in I had to change the streak at some point. This was the game.” And it was the party. After 10 games (June 15 vs. Tigre his last goal), he broke the streak. Key goal. Super goal.

When analyzing the Super, Benedetto He commented on TNT Sports: “We were superior, we pressed for 85′, we didn’t let them play. We had few situations but they were clear, but we were just winners. This is the way.” With the three points, Boca was only two behind the leader A. Tucumán. 34 to 32.

And finally, with a certain irony after Gallardo’s phrase at a press conference last Friday (“We feel comfortable playing in the Bombonera”), Pipa retorted: “River’s game didn’t surprise me, they play well and they feel comfortable when they come to play here. But nothing, we played the game we had to play, knowing the rival we had in front of us and we were fair winners”.

The championship? “The victory is very important for the remainder of the championship, many dates are missing, but Boca’s shield has already appeared among the first three and we must continue like this.”

your celebration: “I felt it that way, it was a very big emotion. They talk a lot, I love it when I can shut everyone’s mouth.”

People: “Words of thanks to all Boca fans, they were always supporting me. In the good times, in the bad times. That’s why we are unique.”

Penalty in the previous kicked him: “Yes, yes. Sure. It was time to get out of this losing streak and this was the match

The irony of Benedetto with Gallardo