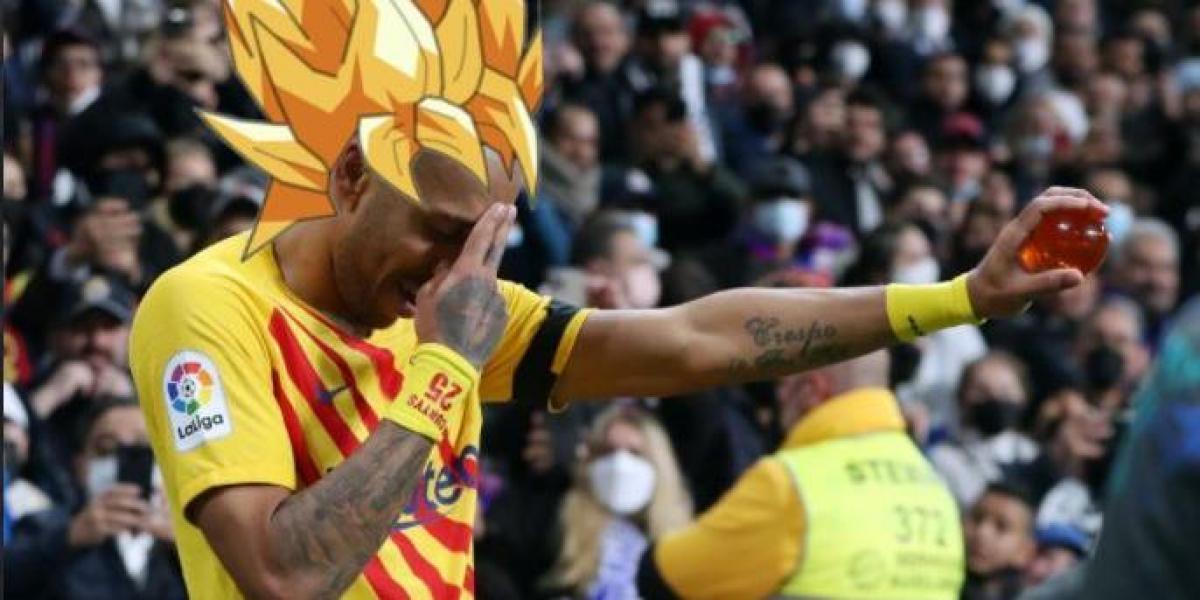 The Classic He left many images and many anecdotes, apart from the soccer bath and the win that the Barca breathed into Real Madrid in their own stadium, recalling past exhibitions such as Barça’s 0-5 in Cruyff in 74, 2-6 Guardiola in 2009 or another 0-4 of Luis Enrique in 2015. One of the most striking images in the goal celebrations was the one that starred Pierre-Emerick Aubameyang at 0-4, after receiving an assist from Fernando Torres and kick the ball over Courtois.

Immediately afterwards, the Gabonese forward went to the corner of the corner, where a friend of his was, Alexander Nicholas Bernalhis personal tattoo artist, who was the one who actively collaborated in the history of this very special celebration.

hours before Classic, aubameyang I had asked Alexander, a boy from Murcia who lives in Badalona and with whom he has shared a great friendship for four years, to get him a mask. The striker knew that he was facing an important game and, as he had already done at Dortmund or Arsenal in big games, he wanted to have a mask of the superheroes that he idolizes on hand in case he made his debut as a Barça scorer in a Clásico.

Some fans invoked the ‘dragon’ of Auba

Aubameyang made a cartoon celebration

“I told him that getting him a mask would be impossible because it was already 3 in the afternoon and everything was closed, but that I could get him a dragon ball and he liked the idea. We are both big fans of Gokuin fact I am finishing to tattoo one of the legs with stories of dragon ballso we agreed on it like this”, he explains to MD Alexanderwho met aubameyang four years ago. “We have had a close friendship for four years. As an Arsenal player, he came to Barcelona to record an advertisement for Nike and as he was very friendly with Bartra from his time at the bedroom He asked if he knew someone in Barcelona who could tattoo him. Bartra asked Tello for advice and he, whom he had already tattooed, gave him my contact”, details alexink8as the tattoo artist calls himself on Instagram about how he met the Gabonese striker.

Alexanderwho opened his tattoo studio in Badalona four years ago (tattoostudioalexink), explains that aubameyang He already looked for him in the first goal. “He scored the 1-0 in the other goal and he wasn’t going to cover the entire field to celebrate it, so he had to score another one in the second half,” explains the friend of the Barça striker, who is the artist of 80%, with a laugh. of the tattoos that Auba carries on his body.

For the friendship that binds you to aubamyeang -their families also know each other-, the tattooist is convinced that what he is doing Auba at Barca (he already has eight goals in just 11 games) will go further. “He is now at a level 2 of Gokuso imagine all that he has left to give…”, he explains alexink8detailing that for the layman in the matter, the superhero is in constant transformation passing through several states until reaching its zenith with Ultra Instinct, after passing through Oozaru, Super Saiyakin, Super Saiyakin phase 2, Super Saiyan phase 3… “Auba he is still in the period of adaptation and he was not used to playing the Barça style, so when he is adapted…”, details the Murcianwhich reveals that they already have more celebrations on their hands for the future.

The intrahistory of the celebration of Aubameyang and the dragon ball