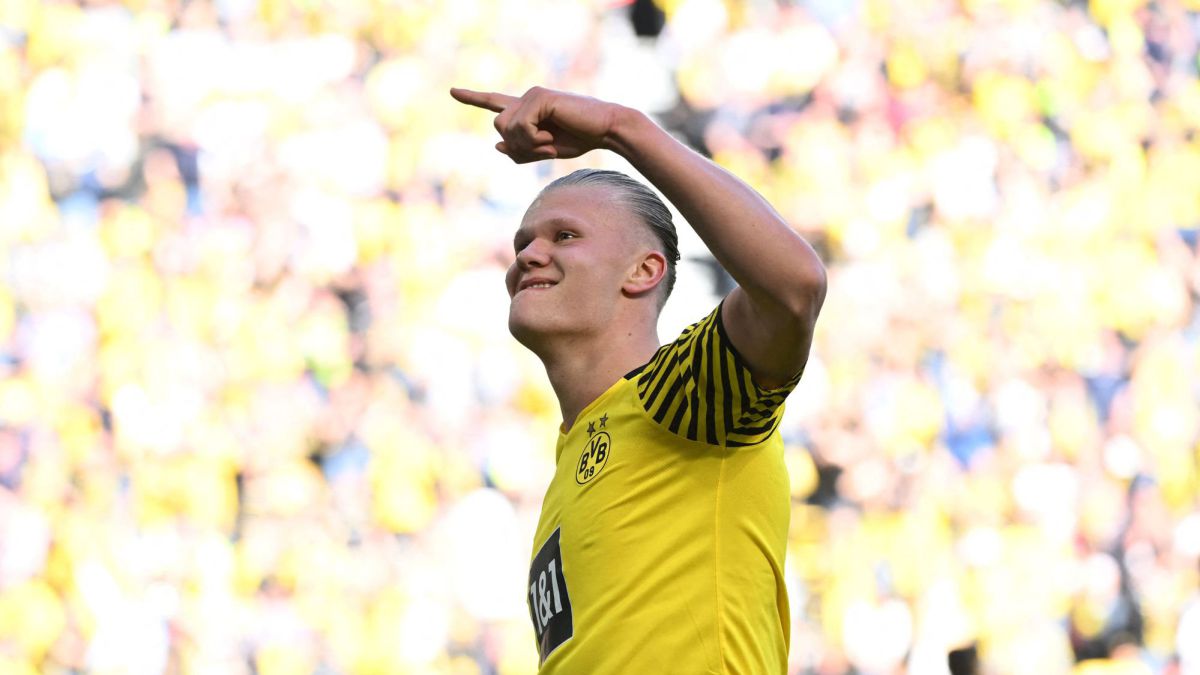 Erling Haaland (21 years old) has given the green light to Manchester City. This was announced last Monday by the Daily Mail and so they have confirmed this Tuesday The Athletictwo means that have ensured that the forward’s representatives have reached a initial agreement with the team skyblue, what will you have to pay 75 million euros for the player’s clausenot including the commissions to the intermediaries of the operation.

Thus, there is still work to be done to completely close the negotiation for the Norwegian striker, who he would sign for five seasons and that he would become the highest paid player in the Premier League with a salary of 600,000 net euros per weekor what is the same, 30 million euros net per year, as reported by the Daily Mail.

For its part, Diario AS has contacted el Manchester Citywhat has preferred not to comment on it. Nor Pep Guardiola He wanted to answer the question when he was asked about it at a press conference on Tuesday, although he has taken advantage of other occasions to recognize that his team needs a striker.

More so, after the departure of Kun Agüero last summer. A drop that forced the Etihad entity to move in that same market to find a replacement. Harry Kane was Guardiola’s preferred optionbut as he himself recognized in another press conference, Tottenham rejected up to four offers for the English striker.

Now Haaland is considered as a priority option for the next campaign. His father Alfie-Inge Haaland played for three seasons at City, until 2003, and now his son could follow in his footsteps. But before he has stood out at Borussia Dortmund, where this season he has already scored 33 goals.

Madrid continues to be a “favourite”

Despite this information, Jan Aage Fjortofta verified source and very close to the family, was resounding on social networks, transmitting a message, curiously, in perfect Spanish: “As I have reported for months, Erling Haaland could end up at Manchester City and Real Madrid. The two favourites. But no deal so far“.

As I have been reporting for months, Erling Haaland could end up at Manchester City and Real Madrid.
The two favourites.
But NO deal so far

Real Madrid keeps the Norwegian on its agenda and is aware that the footballer continues to see the option of going to Chamartín as a sporting opportunity, even if that meant giving up money, Well, in Madrid I would charge less than in Manchester. The eternal crossing sports project-financial offer comes to the fore. And nothing is closed. Despite the fact that information from England points to an ‘OK’ for the striker, Real Madrid continues to probe the Norwegian and work on his possible signingdespite the fact that the priority is Mbappé.

The Haaland case heats up