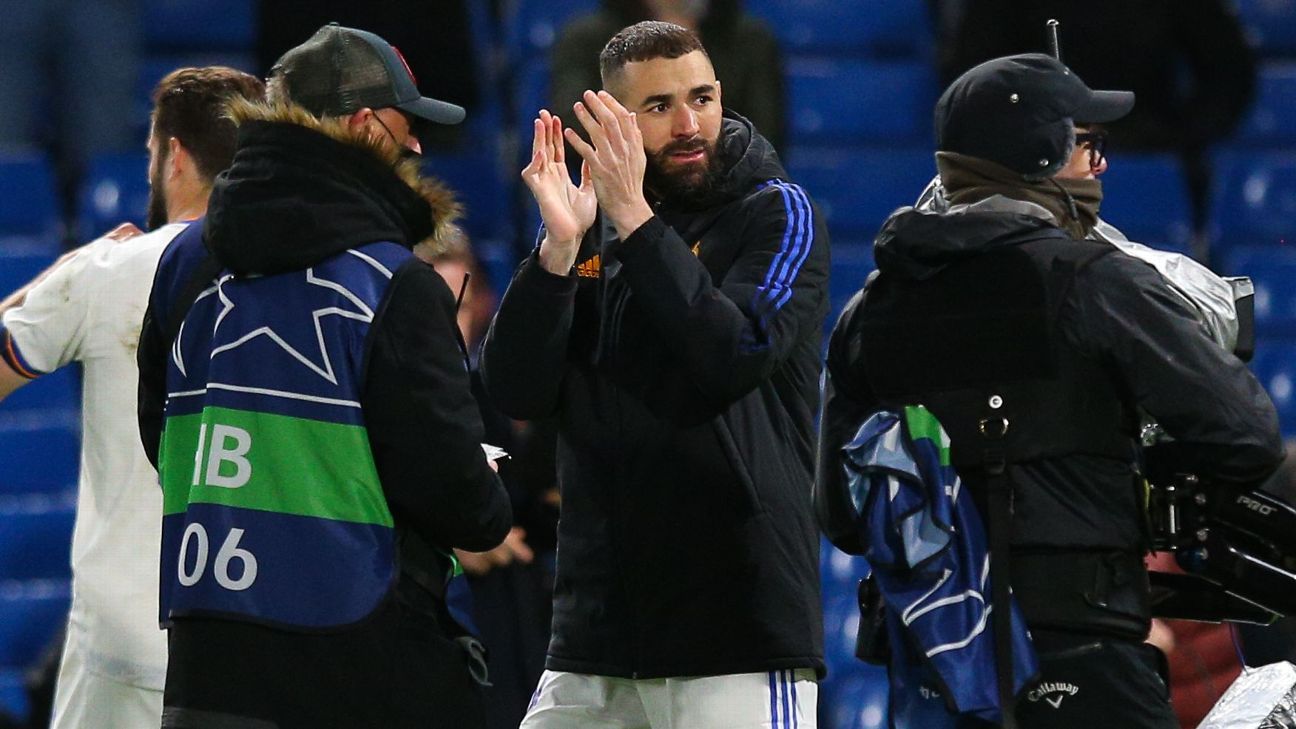 “Triplete de Oro”, appears this Thursday on the cover of L’Equipeon a photo of Karim Benzema celebrating one of the three goals he scored in the first leg of the Champions League quarter-final against Chelsea.

“Immense Benzema! Four weeks after his festival in front of the PSGthe Real Madrid striker once again scored three goals at the European champions’ ground,” the sports newspaper said.

In the chronicle, entitled “Big Benz”, the newspaper recalls that when he scored his first goal in Champions League More than 16 years ago against Rosenborg, the Frenchman was “an adolescent post who dreamed of becoming Ronaldo“.

From then until now “there is a lifetime in which the secret of his impressive longevity persists, the feeling that the story of his absolute domination of the game has only just begun, because it has never been so strong.”

The sports newspaper is the only one that chronicles the match on paper. In the web, The Figaro evokes “K Benzema’s crazy season” and asks his readers who is the best player in the world, the Real Madrid player or the Parisian Kylian Mbappe.

Le Parisian, For its part, it publishes a press review of the praise that Benzema receives in the press, particularly in Spain.

RIO FERDINAND: “BENZEMA IS THE BEST NINE IN THE WORLD”

River FerdinandManchester United legend, assured that Karim Benzema is the “best nine in the world” after his hat trick against Chelsea.

The former English soccer player, now a television commentator, praised the French ‘nine’ after his display at Stamford Bridge.

“He has put his team in the leadership of the league. They are flying and he is the talisman,” he said. Ferdinand in BT Sports.

“When Cristiano Ronaldo was in the Madrid, Benzema he had the humility to take a secondary position because he knew it was the best thing for the team. He now he has come out of the shadows. He is 34 years old and is the best nine in the world. He is on another level. Goals, assists, combinations, he gives another rhythm to the game”, he added.

Steve McManamanex of Madrid, commented on the same television that Benzema’s experience “is everything”. “Every time he jumps onto the pitch he looks like he’s going to score. His movements are very smart.”