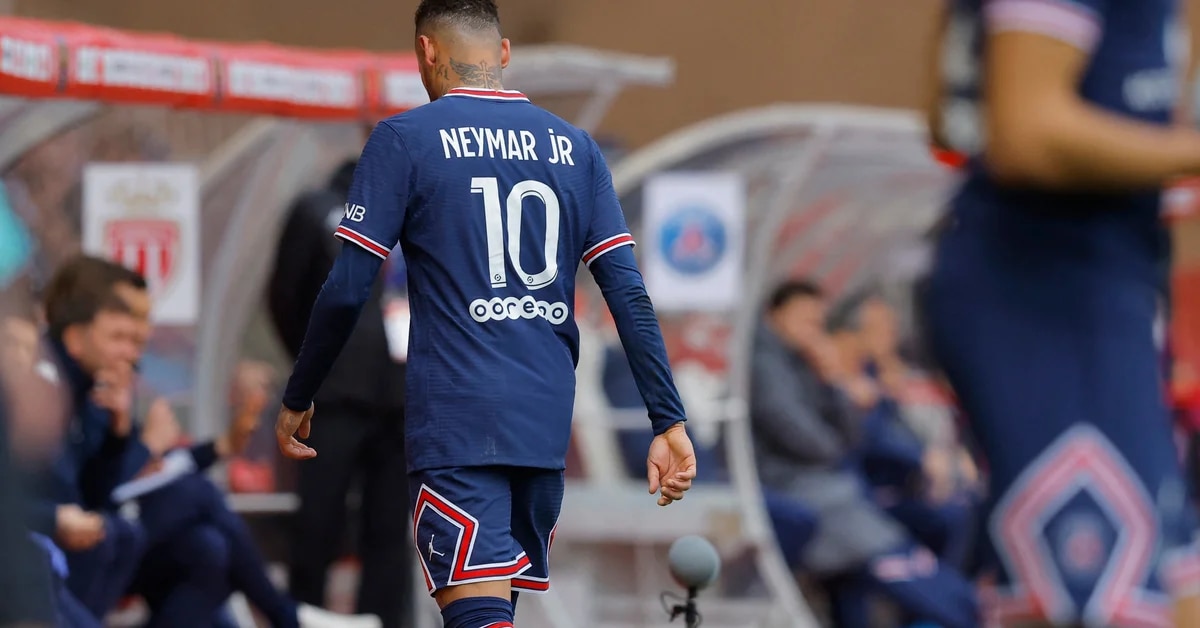 Mauricio Pochettino and its stars want to quickly forget what happened this weekend, after his team fell by a landslide against Monaco at the Stade Louis II. The PSG did not make foot in the field. Its main figures, with the exception of Lionel Messi who did not play the match after presenting a flu picture, went unnoticed and the defeat did nothing but magnify the problems which began with the elimination of the Champions League.

After what happened against Real Madrid in the round of 16 of the European competition, came a win against Bordeaux in the Parc des Princes where what stood out were the whistles and boos from the public to both flea like Neymar.

This Sunday, meanwhile, the Parisians could not as a visitor and the French press revealed the bad present of the Brazilian star, who with the 10 on his back and being the club’s badge, is considered to be “his attitude is more examined and must be exemplary”.

Neymar went practically unnoticed during the first half (Reuters)

Former Santos and Barcelona player was “author of a performance as poor in implication as in content”assured the prestigious Gallic sports newspaper L’Equipeat the same time that he highlighted that “for a player of his profile and class, the most problematic thing is no longer make a difference, no longer shed light on the game, no longer create danger; in short, we no longer contribute much”.

To support his reflection, the newspaper used a phrase that Mauricio Pochettino said a few months ago in which assured that he had no reason to replace his three offensive references (Mbappé, Messi and Neymar): “”Why take them out? With their talent, they can be decisive at any moment.”

Against Monaco, the Argentine coach decided replace the Brazilian at 77 minutes to introduce German midfielder Julian Draxler when the match was 2-0 in favor of the local team.

PSG fell 3-0 away against Monaco (Reuters)

At the same time, the newspaper in question sowed doubts about a possible anger of the paulista with his coach since they reported that the footballer, when he was substituted, “left the grass to one side, surprised, at a slow pace and joining the substitutes’ area without passing in front of his coach.”

The truth is the Parisian painting showed its worst version against a rival that is out of the European positions but that found its prize for the commitment of its players and the gray level offered by its rival.

The Paris Saint Germain conceded its fourth defeat in Ligue 1. However, their leadership is not in danger as they have a twelve-point advantage over Marseille, but the image offered by the team calls into question the role of some players and also the coach.

PSG missed Lionel Messi and suffered a tough win against Monaco
After PSG’s landslide defeat, Pochettino charged against the attitude of his players: “It’s unacceptable”
The president of La Liga de España was excited about the return of Messi and put pressure on Barcelona

The French press destroyed Neymar after the win suffered against Monaco: “He must be more exemplary”