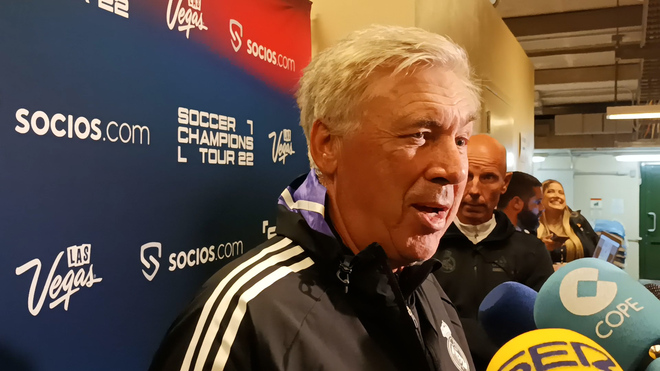 Eden Hazard is before his first real final as a player of the real Madrid. Since I came to Bernabu, his team has played three. In none of them has he appeared. He was not expected. The first was the Spanish Super Cup of 2020, that of the penalties in Jeddah against Atlético de Madrid. So he was in the process of recovering from the injury suffered before the PSG, trying to escape from an operating room that had no escape. The other two were last season. Before him Athletic, also in the Spanish Super Cup, and that of the Champions. In none of them did he have enough strength in the team so that Ancelotti At least he would hesitate when looking at the bench and seeing the Belgian.

The months have passed and Ancelotti’s phrase in April that many people took almost as a joke is a reality. “I’m counting on Hazard for next season”. And Hazard is with Madrid in Helsinki, something for which a fortune would have been paid in a bookmaker a few months ago.

The final of the European Super Cup, that Hazard was twice denied as a player of the Chelsea (2011 and 2012), you are presented with a landscape that has changed in important ways. The doubts are not cleared up at all, that can only be done by the Belgian based on good moments when Ancelotti gave him way. But the preseason has drawn a scenario in which optimism has gained a few pesos to pessimism.

On the starting bench

Hazard is a substitute, there is no doubt about that. Nor is there any evidence that Ancelotti matures the idea that it is the best way to take care of and replace Benzema. He has tasted the position of false battering ram on the tour of USA and it can be your platform to achieve what you promised in Cybele: give back to Madrid something that he has not been able to give him since he arrived three summers ago.

The idea of ​​not signing a 9 is firm in Valdebebas. “The squad is closed”, assured Ancelotti weeks ago. The unlikely departure of Mariano will not change that plan much either. The Hispanic-Dominican is a residual player in Ancelotti’s plans.

In Helsinki, Hazard has the opportunity to start changing a story that to date is one of the worst investments in the white club’s history. Football, little given to it, gives him a new opportunity.

The final, at last, of Hazard