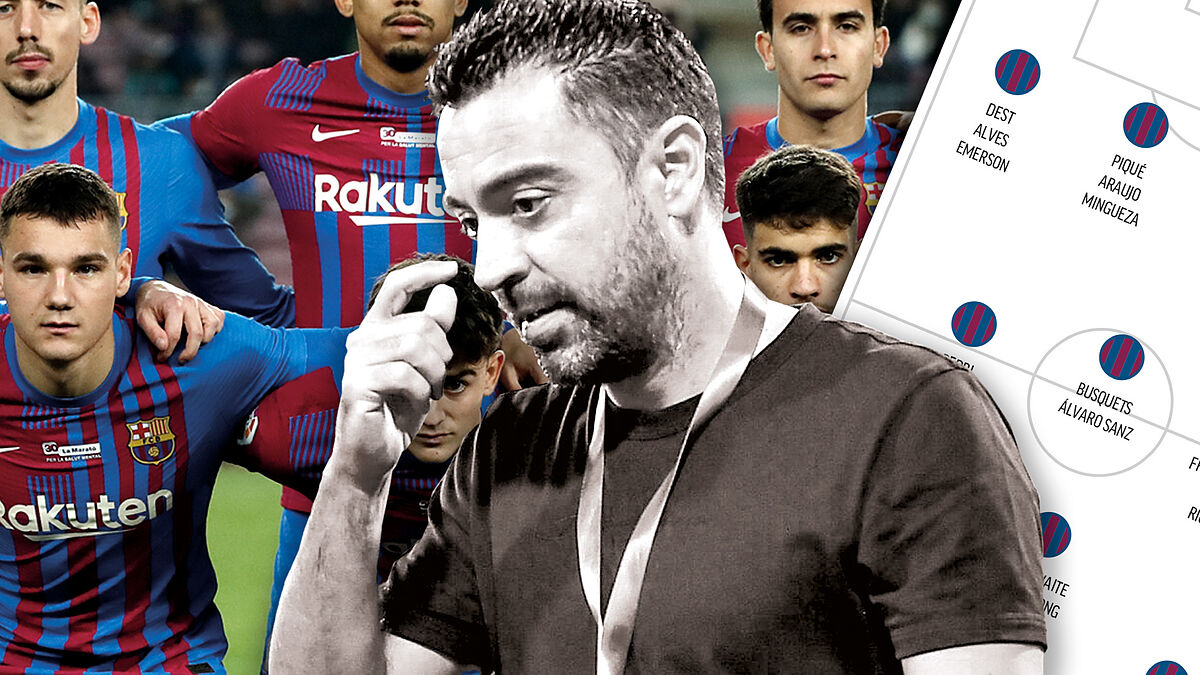 The Barcelona It is the team that has used the most players so far this season. Koeman, Sergi Barjun and Xavi Hernández, the three coaches you have had in this exercise, have used 35 footballers, something that is not habitual in the azulgrana team. Espanyol, Getafe, Villarreal and Real Sociedad follow in this classification this season with 32 players used so far.

It has been an unusual campaign for Barcelona for various reasons. First of all, the team is going through a moment of transition in which there are many changes in the template, both in the departure chapter and in the incorporation chapter. While the summer market was open, there was movement in both directions until the last day in which Griezmann left the azulgrana entity after having played three games with Barcelona, ​​and entered Luuk de Jong over the horn.

The covid has also had its impact, especially in this month of January in which numerous soccer players tested positive in the analyzes that were carried out. Up to ten were affected by what Xavi had to resort to subsidiary soccer players. Because this joins the injured he still had. The issue of injuries has been a constant this season at Barcelona, ​​some of them long-term such as those of Pedri, Ansu Fati, Braithwaite, Sergi Roberto and Agero. The Argentine thing went even further because he had to give up football due to heart problems.

The bet for the quarry

In the first place, because both the Barça Sports Directorate and the environment itself were crying out for greater prominence for La Masa. It was one of the pillars on which the campaign of laporta and the technicians have applied it. Squeezed by the casualties of the first team, they have taken refuge in the kids.

A bet that has gone very well because the generation that comes from below presses hard. The appearance of players like Nico, Gavi or Abde They have been a real surprise. Their performance has been excellent from day one, so they are here to stay and have become a real alternative to the first-team players they are attached to. disputing ownership. It was not only them, others like Jutgl, Ilias, Álvaro Sanz or Estanis they have also worked very well when they have come out. All this has meant that there is no fear of continuing to call up players from the academy.

And in the next few days you can increase the number of players. Alves and Ferran Torres have entered this winter market and another reinforcement is missing.

The endless casting of Barcelona