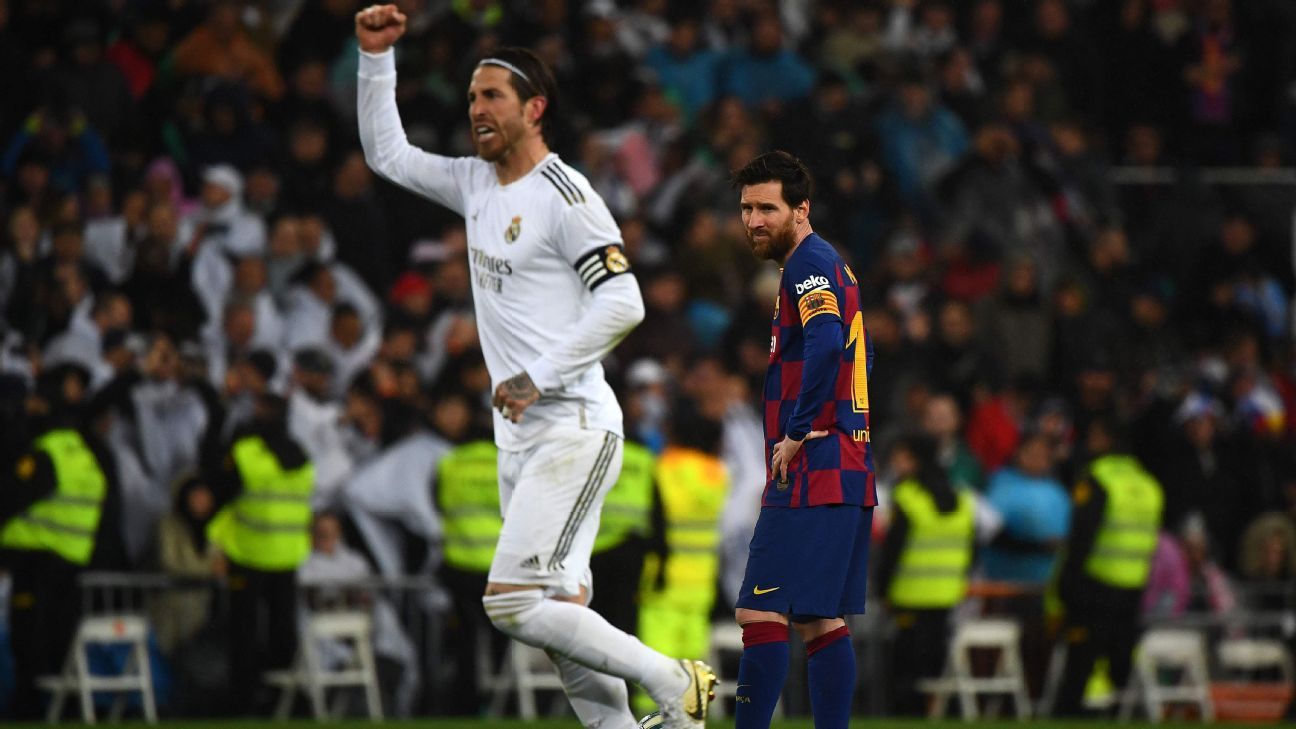 The match between Valencia and Getafe will kick off LaLiga Santander 2021/22 of LaLiga, a course marked by major absences such as Leo Messi and Sergio Ramos, the banners of Barcelona and Real Madrid, and for a market ‘ light ‘, marked by economic difficulties.

The departure of the Argentine and the Sevillian are two real blows to the competition, of which they have been great references and prominent protagonists in more than a decade.

The difficult economic situation forces all clubs to comply with economic control and tighten their belts. Relevant movements have so far been very scarce, less than those of the other major leagues. However, there is still time for the market to close and it is foreseeable that, although without great expense, there will be new additions.

In the reverse direction, other protagonists arrive at LaLiga, albeit less important, such as the Dutch Memphis Depay, the Austrian David Alaba and two recent Copa América champions with Argentina such as Rodrigo de Paul and Sergio Agüero.

The name that most excites us because of its current status now belongs to the current champion, Atlético de Madrid. Rodrigo de Paul (27 years old) lands in the Spanish capital after standing out with the Italian Udinese and having won a Copa América in which he reaffirmed himself as one of the banners of the Albiceleste renewal. The Sarandi-born midfielder signed a contract that binds him to the rojiblanco club for the next five seasons.

As free players come the Austrian defender David Alaba and the Dutch attacker Memphis Depay, Real Madrid and Barcelona, ​​respectively, as their most renowned signings.

Alaba (29 years old) begins this new stage after eleven seasons at Bayern Munich in which he won ten Bundesligas and two Champions Leagues, among other titles.

Memphis (27 years old) – as he prefers to be called – comes to the Blaugrana club from Olympique de Lyon, where he did not celebrate titles, but had outstanding numbers (76 goals and 55 assists in 178 games).

The team that will continue under the command of Ronald Koeman, took advantage of the market and the termination of his contract with Manchester City to incorporate defender Èric Garcia – a player trained in the club’s inferiors – who played only twelve games in the previous one. season.

In the same way and from the same club, the Argentine striker Sergio “Kun” Agüero appears, who, after his long and successful stage at Manchester City, dreamed of sharing a forward with Messi. But it cannot be.

Also outstanding is the incorporation to Sevilla of Argentine Erik Lamela, from Tottenham. As part of the agreement between clubs, the ‘Spurs’ paid a sum of money and included the former Roma attacker to have the Spanish Bryan Gil in their ranks.

THE LARGE ABSENCES, THREE OF THEM HISTORICAL

The most important and transcendental loss for LaLiga is, without a doubt, that of Argentine star Lionel Messi. Their numbers make it difficult to imagine Spanish football without the presence of the Rosario who since his debut in 2004 played 520 games for Barça in the domestic competition in which he scored 474 goals, assisted 217 times and won ten titles.

It has been 17 years, half the life of ‘La Pulga’, the same ones that Sergio Ramos played in the local competition, first for Sevilla and then for Real Madrid. The Andalusian moved to France to play for Neymar and Kylian Mbappé’s PSG for the next two seasons after winning everything at the ‘white house’ including five league titles and leaving his name as one of the club’s great legends.

Raphael Varane, Ramos’ companion of a thousand battles, is another of the players who leaves the team that Carlo Ancelotti now directs after being multi-champion (18 titles) in ten seasons with the Madrid club. Now the world champion defender with France in 2018 will play the Premier League with the Manchester United jersey.

Among the ‘flight of talents’ of young people appears the departure of Bryan Gil, now an absolute international and who arrives at Tottenham with the Olympic silver under his arm. One of the jewels of the Sevilla quarry, on loan in the last two seasons at Leganés and Eibar, signed with the ‘Spurs’ until June 2026.

Far from the multimillion-dollar figures and the glittering names of the Premier League, LaLiga is becoming more earthy and with the passage of time it faces the great challenge of once again being the pinnacle of football in the world.