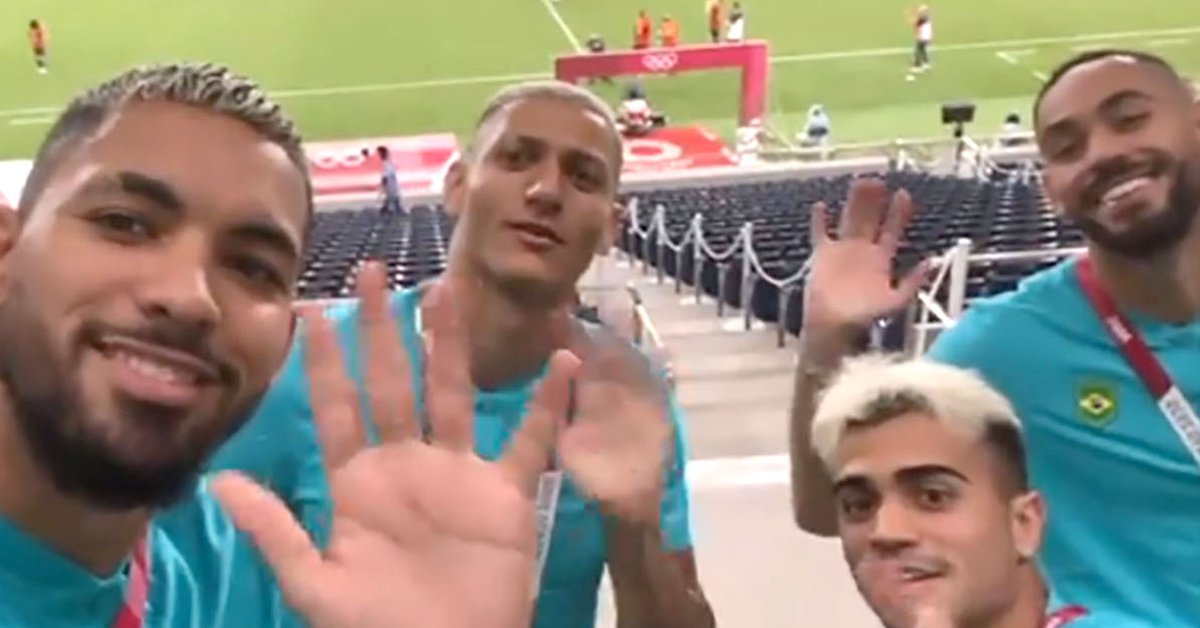 The path of the Argentine men’s soccer team in the Olympic Games came to an end after draw 1-1 against Spain. Tomas Belmonte’s goal was not enough for the Albiceleste to qualify for the quarterfinals and those led by the Bocce Batista saw how La Rojita and Egypt entered the next round above them in Group C.

From sadness to joy. The European team was not the only one who celebrated the pass to the quarterfinals despite the equality that the scoreboard sentenced, as some players from the Brazilian team also closely followed the duel played at the Saitama Stadium.

With the still open wound of the recent lost final of the Copa América in the Maracana, but with the goal achieved of being among the eight best in the Olympic event, the soccer players of the canarinha they fired their historic rivals through social media.

“Bye, little brothers”wrote the young Aston Villa midfielder Douglas luiz in an Instagram story after the end of the duel between Spain and Argentina. In the recording he could be seen next to Matheus Cunha, Renier Jesus and Richarlison, saying goodbye with a raised hand and a mocking smile.

Both the 23-year-old footballer and the Everton forward were Eyewitnesses to the moment when Lionel Messi lifted the Copa América in his homeland by integrating the list that Tite presented with Neymar, Casemiro and company for the continental contest.

The goal of the Spanish Mikel Merino at 21 minutes of the complement complicated things for Fernando Batista’s men, who despite Belmonte’s goal nor they might turn the result around. The South Americans reached the third date with a defeat and a victory on their shoulders against Australia (2-0) and Egypt (1-0), respectively and they were obliged to get the three points to advance phase.

Richarlison has five goals in the competition (Reuters)

Brazil meanwhile, reached the quarterfinals after earning a 3-1 win over Saudi Arabia, which allowed them to lead Group D, while the Ivory Coast qualified after drawing 1-1 with Germany, which was eliminated.

Richarlison, who scored a treble against Germany in his first game, scored 2-1 with a head before scoring his fifth goal at the Games to seal the team’s three points at Saitama Stadium.

The ball will continue to roll in Tokyo when this Saturday Canarinha face Egypt for a place in the semifinals of the men’s soccer team at the Olympic Games.

The Argentine soccer team fought to the end, but equaled Spain and was eliminated from the Olympic Games
Controversy at the Olympic Games: the hand of a Spanish player in the area that sparked criminal claims in Argentina
The highlights of day 5 of the Olympic Games: bronze for Los Pumas, elimination in soccer and victory for Las Leonas