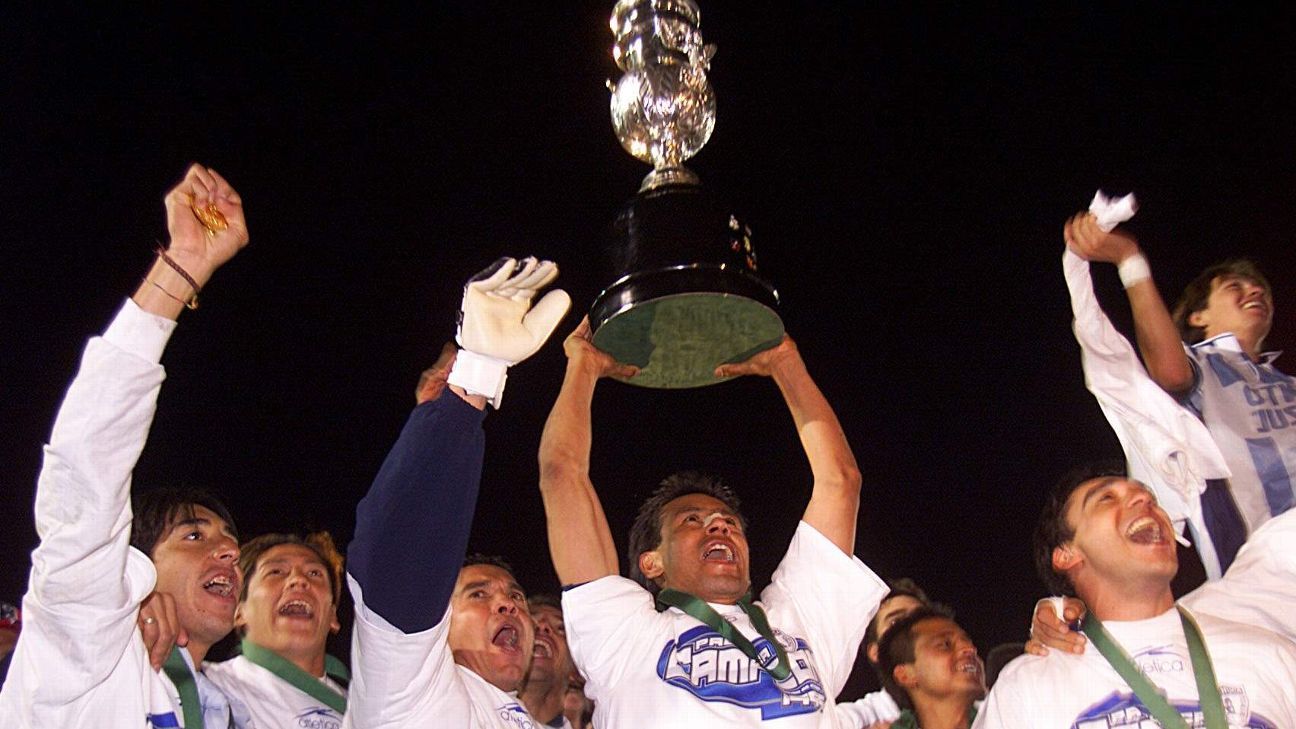 On Sunday, December 19, 1999, in the Winter Tournament of that year, Pachuca won the first championship in its history at the expense of Blue Cross at Sports City Stadium, called Blue at that time, by the hand of ‘Vasco’ Javier Aguirre.

The ‘extuzo’ Alberto Rodríguez recalled in an interview with ESPN Digital, that that was a title that Pachuca I did not expect, since those were times when their priority was to save the category, and that precisely because of that, they had not made any preparations in case they were crowned in the then Cruzazulino property.

In the end, on that occasion they ended up lifting the trophy of visiting champions, after the ‘golden goal’ that Alejandro Glaría scored with the crotch, for a 3-2 aggregate that gave them victory outside their court.

“We didn’t bring, you know, cider or champagne to celebrate. It’s not that we were defeated, because we were tied (2-2 in the ‘first leg’) and anyone could win, but to be honest, Blue Cross he had better man-for-man gear. “

Alberto Rodríguez affirmed: “We arrived at that Liguilla ‘with a belly’, we came from the playoffs, and it seems that they already had their ‘party’. They said: ‘We are going to give them intelligent because he took the pressure off us and threw it at them; in front of the press he always declared: ‘We have no chance, Blue Cross he has better equipment and is at home. “

“And that pressure released us; he told us: ‘Guys’, it’s a Final; it wasn’t in our budget, but well, we’re here and we have to surrender. Have fun … If we had been favorites, the obligation was very great But in the end it was like that, we came out with everything to gain and nothing to lose. “

He affirmed: “At the end of the celebration, we toasted with what was there, with soda and Gatorade. What’s more, we didn’t even wear champion shirts. That was the funny thing, we were going to a Final like an adventure, because obviously we didn’t have nothing prepared, no party “.

Alberto Rodríguez added: “The entire Liguilla was kind of funny, because pretend that we were going to the next phase and foreigners said: ‘Well, I already have my flight, right?’ And what, we kept passing by! We had touched Toluca, we touched Atlas; the teams from ‘Ojitos’, from La Volpe … Foreigners, week after week changed their flight “.

“We hadn’t thought about it, obviously. Aguirre said: ‘They hired me to save the team and what is happening to us is a reward for work, effort, dedication to all of you.’ Pachuca, in its history, it had qualified for a League “

The former inmate from Pumas stated, who from there went on to Pachuca and he also came to wear the Monterrey shirt and his own Blue Cross: “With Javier Aguirre, if I remember correctly, we lost the first five games and they were about to run it. I remember very well that one day we met in the dressing room and he said:” You know what? I’m on the ‘little board’.

“Pachuca does not dismiss a technician in the middle of the season; you always wait for the end, whatever happens. So with Javier, they gave him a chance and how he motivated us is very valuable. The real thing is that we did not have a great team to fight for a championship, “he concluded.

This Saturday, Atlante seeks to be the first local team to be crowned in the Sports City Stadium, when I receive Tampico Madero in the final back of the Expansion League with the aggregate tied without goals.