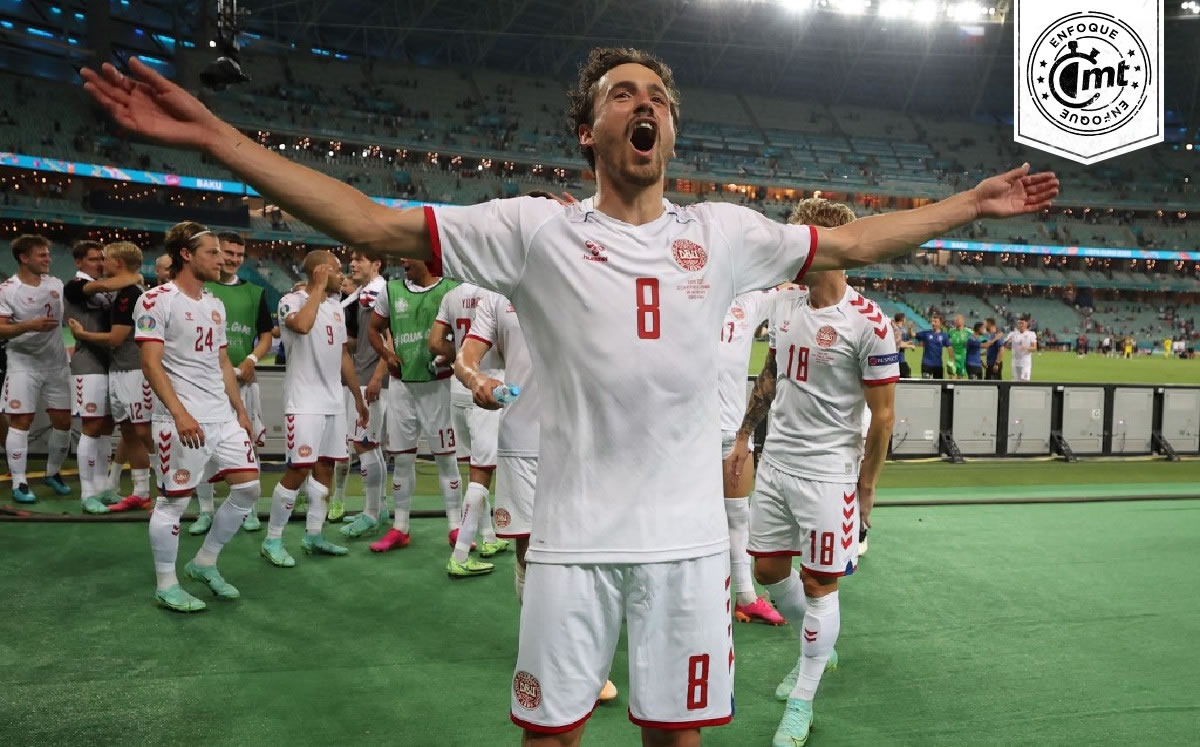 Denmark has lived a true history of overcoming in the Euro 2021. The Nordic team qualified for the semi-final of the tournament after leaving behind player injuries either before or during the tournament. The Danes were able to overcome the cardiac arrest of Christian eriksen and to that is added the story of Thomas delaney, the colorblind midfielder.

The footballer of Borussia Dortmund He has been defending the shirt of the danish team, since October 2013, and all this time he has had to stand on the field of play with an eye disease that makes it difficult to distinguish colors such as red, green or blue.

How did the world find out about the Delaney case?

Before starting the World Cup 2018 on Russia, Delaney He confessed that he suffered from this disease that is usually hereditary. All during a radio show in Denmark called DR P3. There he spoke of this condition after having a very bad time during a friendly match Come in Denmark and the Mexican team on June 9, 2018 as these teams wear red and green uniforms and played a friendly prior to the World Cup.

“My name is Thomas. I’m colorblind and this happens. The other day in the field it was difficult to see who was on my team and who was on the other side, “he said and when the announcer asked him who he was and it was discovered that he was one of the Danish selections, everything became more surprising.

“It is difficult to describe, everything is like different shadows of the same color. We usually play with different pants, but this time we didn’t, so it was more difficult. When people are close to each other it is not difficult to distinguish them, but when the pace of the game is high and people are on the periphery it can be A bit difficult“, he confessed.

In case of Delaney has surprised the experts as you mentioned it Kathryn Albany-Ward, founder of the English organization Colorblind Awareness, who spoke about Nordic for the BBC.

“He is the first active elite player to publicly acknowledges. I don’t think you know what this entails. Most do not speak because they fear that this will affect their value “

Delaney will jump onto the playing field in the Semifinal in view of England in search of the pass to the Final. The midfielder was the author of a great goal with a header against Czech Republic, when his story was remembered by various fans.

Denmark and what it has suffered in the Euro

The most shocking case was that of Christian eriksen who suffered a cardiac arrest in the duel before Finland of Day 1 of the Eurocup. To this have been added problems such as Daniel Wass, who could not play the quarterfinal match against Czech Republic because he got sick in full concentration, although the official report was that it was nothing related to the covid-19. The midfielder missed two games because he was not against Welsh.

In the Day 1, the strategist also could not occupy Robert Skov who arrived injured after a blow to the ankle. In the end, the player did manage to stay in the team that is now looking for the Semifinal. All as part of an exemplary team that has overcome adversity.