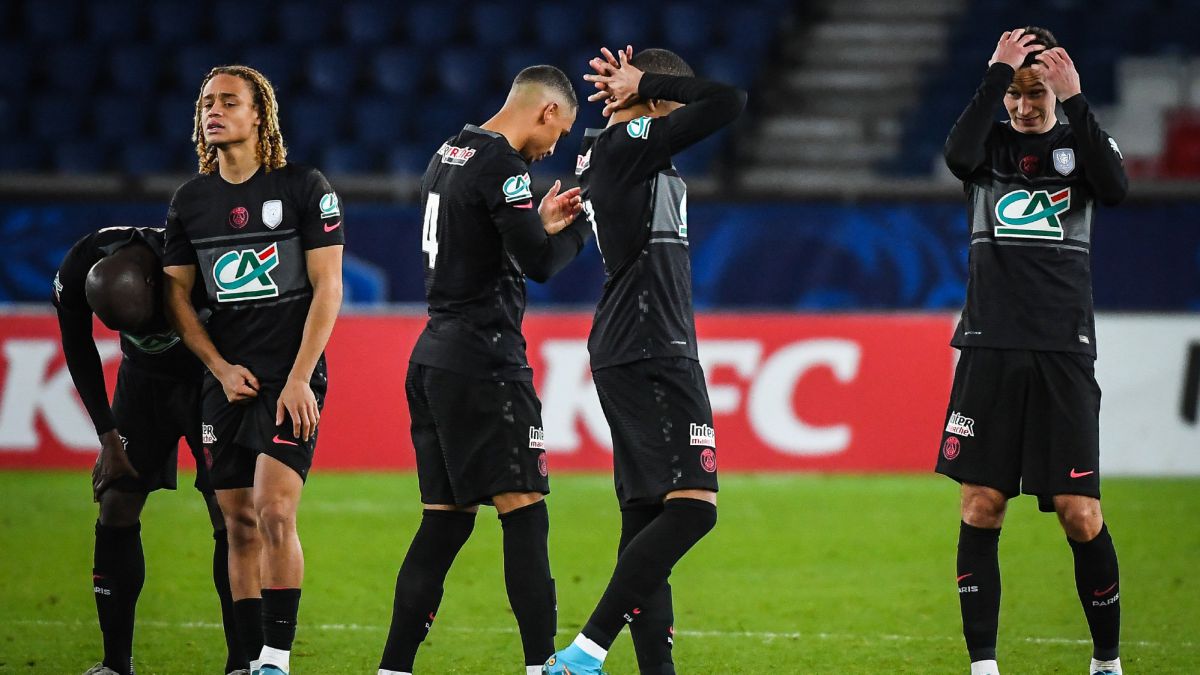 PSG was surprisingly eliminated from the knockout stages of the Coupe de France on Monday. Parisians succumbed against Nice in a dramatic penalty shootout after being unable to beat him for 90 minutes (0-0). The great protagonist in sudden death was Marcin Bulka, a goalkeeper of almost two meters who, although he did not have a successful spell at Cartagena, became PSG’s black beast, saving two penalties and playing a fairly complete match in general terms.

Bulka He is the last player who, having passed through PSG, is decisive against his former team. The first was Kingsley Coman, who decided the 2020 Champions League final with a goal against the team in which he was trained. Nkunku emulated his compatriot last November, scoring 1-0 for Leipzig against the Parisians in a match that ended in a tie at two. Bulka, who still belongs to PSG, eliminated this Monday from the Coupe de France and became a hero for Nice, 2nd in Ligue 1.

“I decided to put Bulka because he had the coronavirus”, Galtier emphasized, who recognized the good work of the goalkeeper, substitute for Walter Benítez at Nice and starter in all the matches of the French Cup. PSG signed him in 2019 after finishing his contract with Chelsea, but the lack of opportunities in Paris forced him to seek minutes outside the French capital. After two unsuccessful loans at Châteauroux and Cartagena, the player decided to go on loan to Nice, a team in which, despite not having many opportunities, the Cup could open the doors of other teams.

Forceful in the air, brilliant in his footwork (Nicolas Dehon, former PSG goalkeeping coach, is now at Nice and helped him analyze the footwork) and confident in the shots of Messi and Paredes, Bulka’s match at the age of 22 in Paris suggests that the goalkeeper only needed confidence and minutes to show that he had a sufficient level for Ligue 1. Although he is not going to take away Benítez’s position, in principle, the former Chelsea player has a hopeful future in Europe.

The curse of PSG before its former players